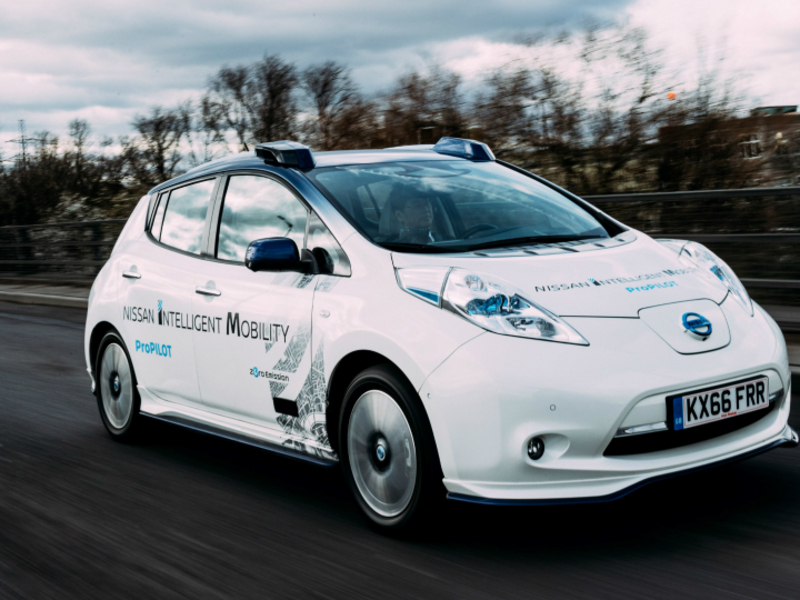 CRANFIELD, England — A Nissan Leaf has completed a 230-mile (370 km) journey autonomously in Britain, the longest and most complex such trip in the country as automakers race to develop driverless technologies which could revolutionize travel.

Britain has been wooing developers of autonomous vehicles, hoping to grab a slice of an industry it estimates could be worth around 900 billion pounds ($1.2 trillion) worldwide in 2035.

The Leaf undertook the journey from the automaker’s European technical center in Cranfield, southern England, to its Sunderland factory in the north east, alongside conventional road users.

It included roads with minimal markings, or none at all, together with junctions, roundabouts and motorways.

“The project allowed us to develop an autonomous vehicle that can tackle challenges encountered on UK roads that are unique to this part of the world, such as complex roundabouts and high-speed country lanes with no road markings, white lines or kerbs,” said Nissan Technical Centre Project Manager Bob Bateman.

The project, known as HumanDrive and led by Nissan as part of a consortium, also received government funding.

Nissan has previously said Britain’s flexible approach to testing autonomous vehicles helped it to pick London for its first European tests in 2017 when a driverless vehicle traveled up to 50 mph (80 kph).

But the advancement of self-driving cars around the world has been hampered by safety concerns and problems regarding insurance liability.

“Safely completing the longest autonomous drive in Britain is an incredible achievement for Nissan and the HumanDrive consortium, and a huge step towards the rollout of driverless cars on UK streets,” said junior business minister Nadhim Zahawi.

NIO Test Car Fell From Third Floor Of Automaker’s Shanghai Office Killing Two
Harley-Davidson’s Serial 1 Takes Things Up A Notch With The SWITCH/MTN
This Is Why We Never Use The Left Lane When Pulling Into A Road
Massachusetts Gas Station Owner Digs His Heels Against Big Oil By Refusing To Sell Fuel Over High Prices
Ford’s Matt VanDyke leaving company, named president of digital marketing vendor