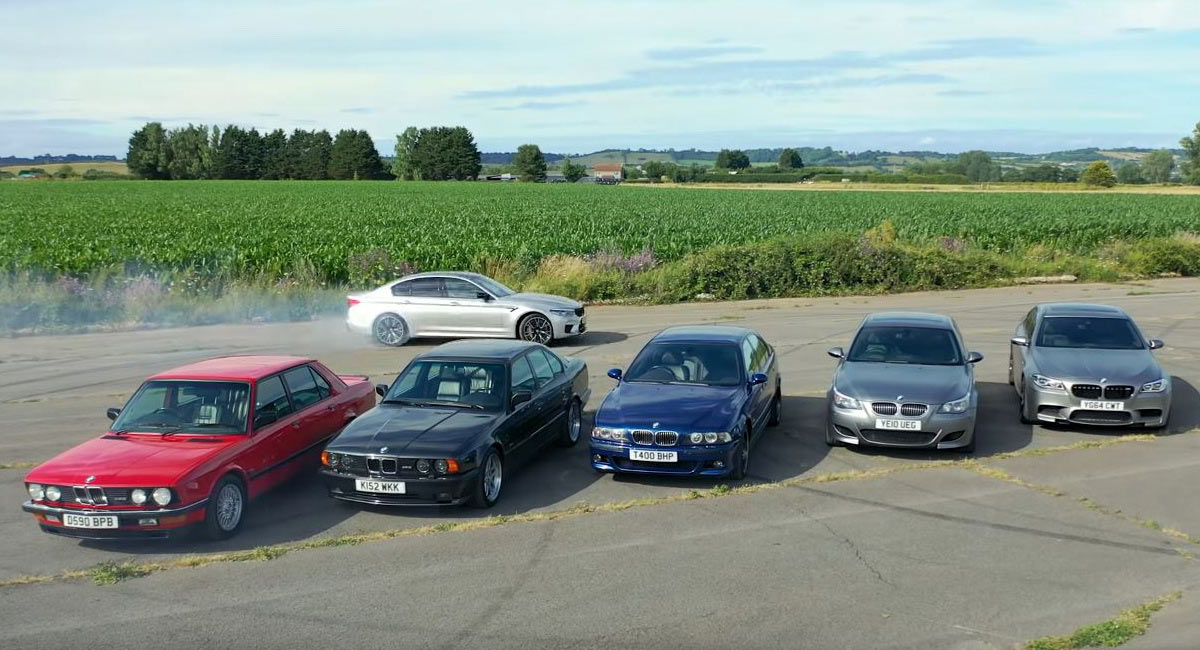 The BMW M5 represents the ideal type of car for a lot of people who want their ride to offer sufficient space for the family, while also being able to keep up with genuine supercars in a straight line.

In a way, it’s always been like that. Take the original E28 M5 for example, with its 282 HP (286 PS) engine. It actually had more power than some Porsche 911 models of that era. It also happens to be the best looking M5 ever, according to Tiff Needell.

Read Also: This Is One Of The Lowest Mileage E39 BMW M5s In America

The first major leap however came with the E39, powered by a massive 5.0-liter V8 unit generating 394 HP (400 PS) and 369 lb-ft (500 Nm) of torque. The E39 is widely regarded as the quintessential M5, not only because of the performance, but also its elegant yet understated exterior design. To top it all off, it pretty much weighed the same as its predecessor.

Then came the famous E60 model with its 500 HP (507 PS) 5.0-liter V10 engine. Let’s just say that Needell wasn’t a fan of this car’s SMG III 7-speed single-clutch gearbox, making fun of its sluggish gear changes. That all changed with the F10 M5, which featured a dual-clutch automatic and about 50 extra horses.

Last but not least, the current F90 model, which stands as the fastest-accelerating M5 in history (0-60 in 3.2 sec). It is equipped with an eight-speed ZF automatic, helping you put down some 591 HP (600 PS) either through all four wheels, or just the rear ones, if the driver so chooses.

Now, which of these six is your favorite and why?