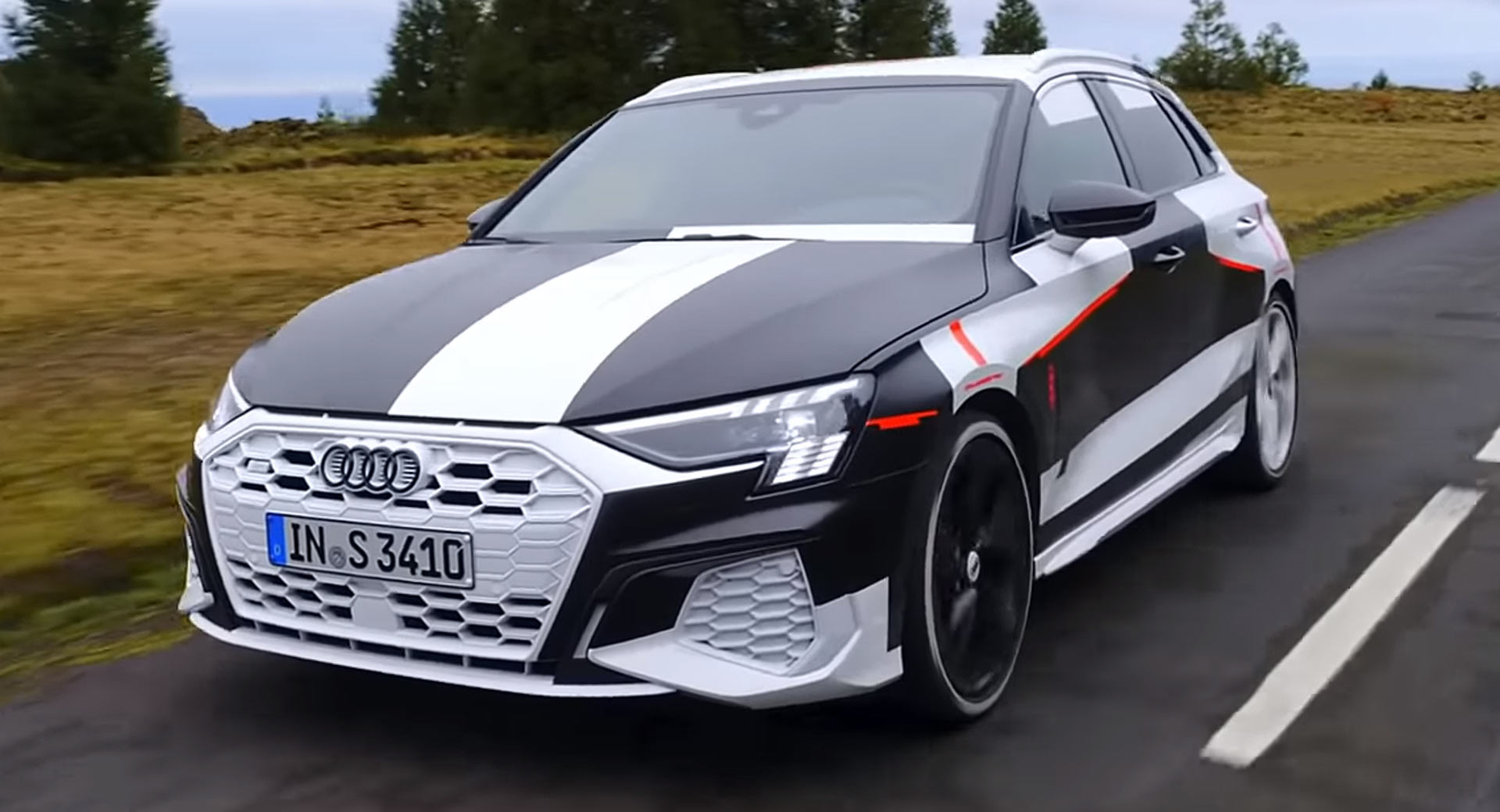 Ahead of the new Audi A3‘s world debut at the Geneva Motor Show next month, What Car? in the UK had the opportunity to test out the performance-focused S3 model.

Our spy photographers recently snapped some shots of a lightly disguised 2020 Audi S3 testing in Europe and it appears as though the British publication jumped behind the wheel of a similar prototype with the same exterior livery.

Visually, the car adopts a slightly more aggressive design than the current S3 complete with redesigned headlights and new slim taillights. There are also four tailpipes and a sharp rear diffuser. For the most part, lesser Audi A3 models will look the same but feature different front and rear bumpers as well as different wheels.

Much like the current Audi S3, the new model will feature a 2.0-liter turbocharged four-cylinder engine delivering 306 HP (310 PS) to all four wheels via a seven-speed S-Tronic transmission. Audi has yet to release performance details but What Car? believes the car will launch to 62 mph (100 km/h) in approximately 4.7 seconds before topping out at an electronically limited 155 mph (250 km/h).

The publication mentions in its review that Audi has tried to make the new S3 even easier to live with than its predecessor. One of the ways it has attempted to do this is by abandoning the magnetic ride adaptive suspension for a more conventional setup that allows for various customizations in ride quality.

Order books for the 2020 Audi S3 will open in May with the first customer deliveries scheduled for July.