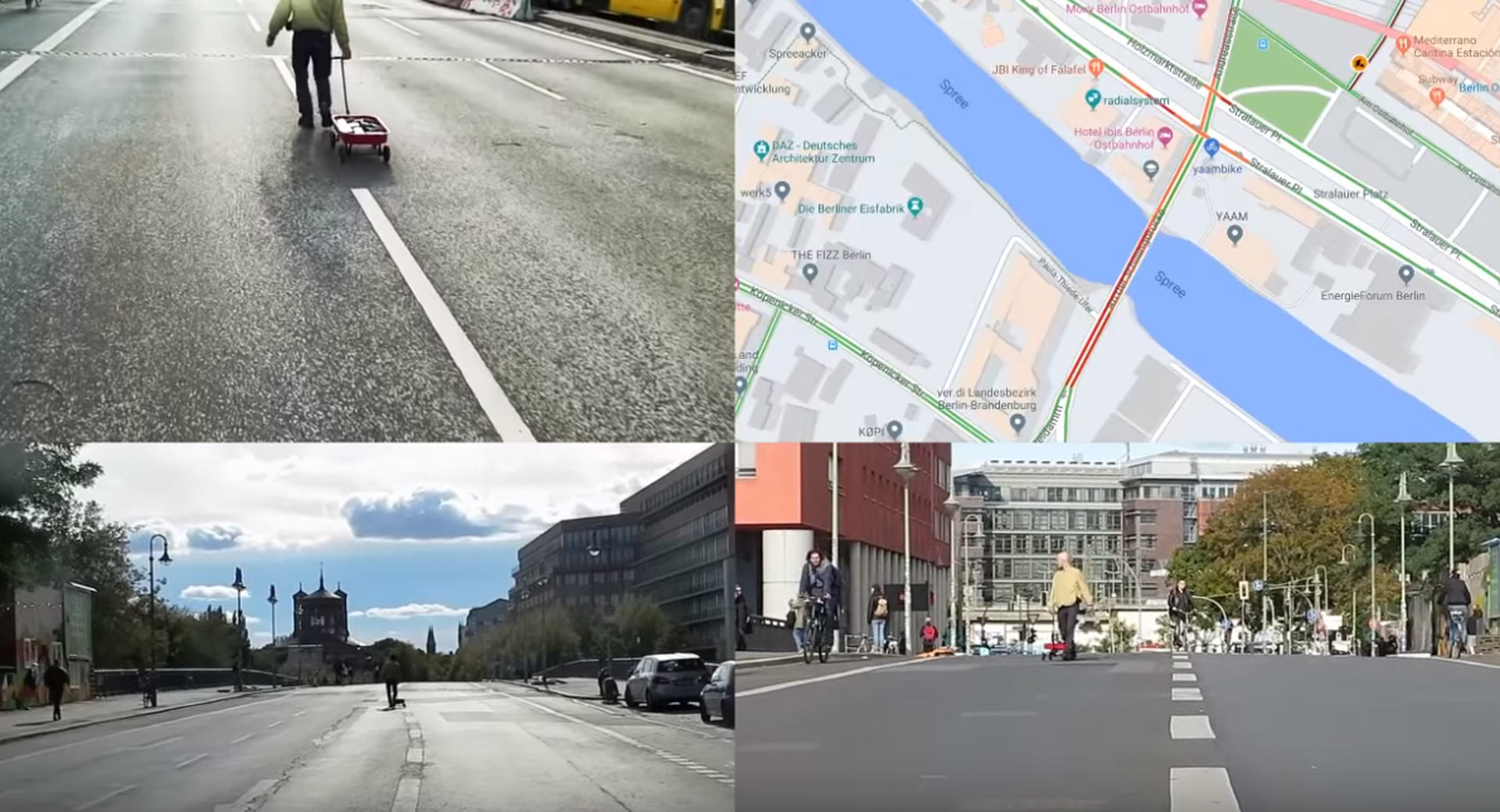 A German artist / hacker has managed to trick Google Maps into thinking there were traffic jams in Berlin when, in fact, it was just him dragging a cart with 99 smartphones running the app.

Simon Weckert posted a video of the curious stunt online. It shows him wheeling a small cart filled with smartphones along select roads in Berlin.

As he does so, a live view of Google Maps and nearby traffic shows the roads slowly change from green to red, as the mapping service thinks there is a traffic jam. Weckert says he was able to clear many roads of traffic with his interesting ‘hack.’

Writing on his website, the artist said: “With its Geo Tools, Google has created a platform that allows users and businesses to interact with maps in a novel way. This means that questions relating to power in the discourse of cartography have to be reformulated. But what is the relationship between the art of enabling and techniques of supervision, control and regulation in Google’s maps?”

If you thought Weckert would provide answers as well, think again, as he continued with the rhetorical questions. “Do these maps function as dispositive nets that determine the behavior, opinions and images of living beings, exercising power and controlling knowledge? Maps, which themselves are the product of a combination of states of knowledge and states of power, have an inscribed power dispositive. Google’s simulation-based map and world models determine the actuality and perception of physical spaces and the development of action models.”

For what it’s worth, Google didn’t seem all that concerned. In a statement issued to The Daily Mail, the tech giant said: “Whether via car or cart or camel, we love seeing creative uses of Google Maps as it helps us make maps work better over time.”