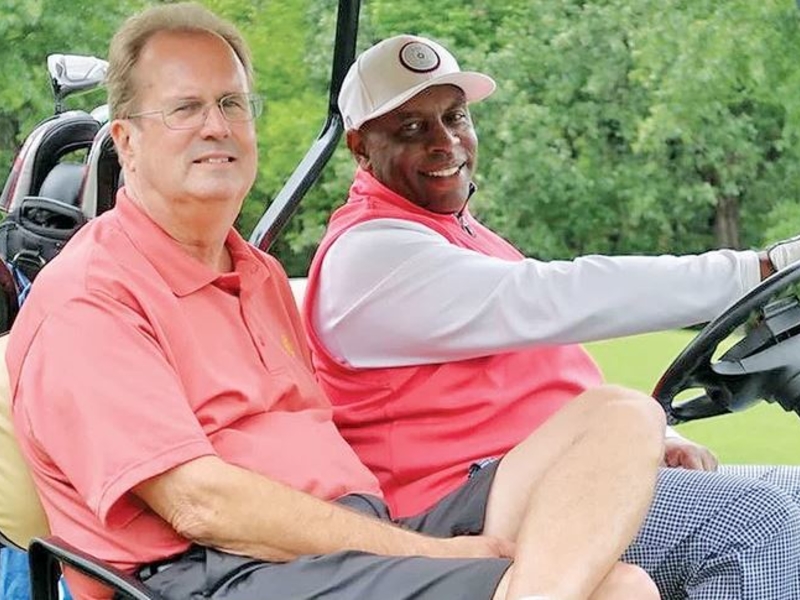 He agreed to cooperate in the federal government’s investigation, which also targets former UAW Presidents Gary Jones and Dennis Williams.

Pearson, 58, is the 12th person to plead guilty in the ongoing corruption probe.

He is expected to receive a maximum prison sentence of 30 months and a fine of up to $250,000, U.S. District Judge Paul Borman said at the hearing. Pearson’s pledge to cooperate with the investigation could lead to a shorter prison sentence, Borman said.

“Today’s guilty plea is one more leap forward in our drive to prosecute corruption at the highest levels of the United Auto Workers union,” U.S. Attorney Matthew Schneider said in a statement. “The UAW needs to be led by men and women of integrity who are dedicated to bettering the lives of the hard-working members of the union, not dedicated to lining their own pockets.”

Pearson avoided news cameras outside the courthouse after the hearing.

Scott Rosenblum, Pearson’s lawyer, told reporters the decision to cooperate with the investigation was “the best decision for Mr. Pearson and his family.”

“Ultimately it’s going to be up to the judge,” he said. “We’re certainly going to make what we believe are compelling arguments for a favorable sentence.”
“He’s accepted responsibility and cooperating truthfully,” Rosenblum said.

“There’s a story to be told and I think we’ll begin telling that at sentencing.”

Pearson agreed to forfeit $81,000 from his “Flower Fund,” which was to be used for the purchase of flowers for the funerals of UAW members and their families. The fund, made up of union contributions, has been exploited by UAW officials for their personal use, according to the statement.

Pearson also agreed to forfeit $38,000 held in a “Members in Solidarity” account, which was to be used for campaign expenses for UAW elections, along with a set of custom-made Titleist golf clubs, which was paid for with UAW dues.

“Vance Pearson blatantly violated his oath of office and betrayed the trust of all our hard-working members,” the UAW said in a statement. “While our Union is moving forward, we will never forget the costly lessons from our past.”

Prosecutors charged Pearson on Sept. 12 with misusing hundreds of thousands of dollars of union funds on personal indulgences such as vacations, golf clubs, extravagant meals, cigars and $440 bottles of champagne. He was also charged with mail and wire fraud, conspiracy and money laundering, according to the complaint.

In November, prosecutors met with Pearson in an effort to convince him to plead guilty and aid their yearslong corruption probe into the labor union, which to date has resulted in charges against 13 people, 12 of whom, including Pearson, have pleaded guilty.

Pearson resigned from his post earlier that month and terminated his UAW membership after the union’s International Executive Board filed Article 30 charges against him and Jones. Pearson had been with union for 17 years.

Last month, the UAW filed Article 31 charges to terminate the memberships of eight other UAW leaders who have been charged in the corruption probe.

Michael Martinez contributed to this report.

Spin commits up to $2 million to micromobility research at universities
Why Would Anyone Ruin A Mercedes-Benz E400 Coupe Like This?
Awesomely Weird Alibaba Electric Vehicle of the Week: $4,500 Flatbed Electric Truck
2023 Chevrolet Tahoe
Bruton Smith, auto retail and racing pioneer, dies