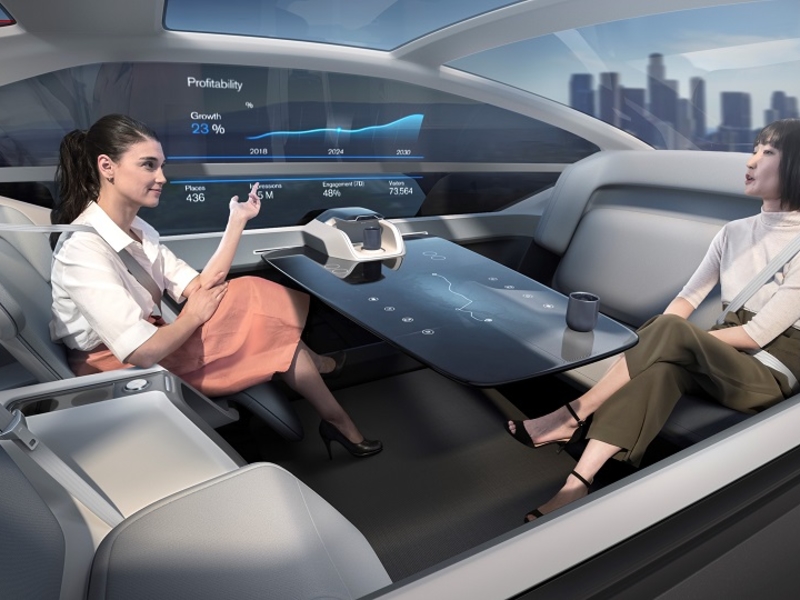 Not long ago, optimists predicted that fully self-driving cars would be on the road by 2020. Today, top automotive executives are taking a more pragmatic view, as the cost and complexity come into focus and investments are diverted to more pressing needs such as electrification.

Another factor slowing the move to fully autonomous cars is that consumers are wary after several high-profile accidents, including a fatal Uber crash and incidents involving Tesla’s Autopilot system. A recent Deloitte study found that positive momentum on consumer trust in self-driving cars “has slowed sharply in the past year.”

Volvo is focusing on developing advanced assistance systems that could let the car take over on the highway, Samuelsson said.

The automaker will be “very careful to avoid bringing out something that is perceived to be automated, and is not” because this would give drivers a false sense of security, he said.

Ingo Stuermer, global engineering director for autonomous driving at supplier Aptiv, said that the market has changed “dramatically” in the last six months. It’s dividing into Levels 0 to 3 for private buyers, meaning safety features and advanced driving assistance, and Levels 4 and 5 for commercial uses such as autonomous shuttles and other mobility on demand services, he said.

PSA Group CEO Carlos Tavares said his company was taking a similar position. “We don’t see customer value on the driving assistance systems beyond Level 3 for affordability reasons,” Tavares told ANE. “Beyond that, we see that the cost increase skyrockets and the value doesn’t increase proportionally.”

But even as executives acknowledge that the business case at present for retail sales of Level 4 and 5 vehicles is hard to make, they do not want to yield any aspects of mobility to big tech companies. “If they don’t develop a business model for these, then companies such as Uber or Waymo will take it over,” Aptiv’s Stuermer said.

Tavares said PSA was working on technology beyond Level 3.

“Level 4 or Level 5 will be interesting for shared mobility like autonomous shuttles or robotaxis,” he said. “Those cars are shared among many users, and therefore they can be more expensive.”

Targeting those use cases could actually reduce development costs, Tavares said. “They will be used in simplified environments with dedicated lanes and clear signage,” he said, “And the simplification of the environment will make the validation of the software easier” as well as reduce the number of scenarios that need to be validated.

Bentley CEO Adrian Hallmark suggested that at some point electric and autonomous cars could replace certain flights within Europe. “Let’s say you could do 200 mph (322 kph) safely for three hours. Where could you get to? You could do most of Europe.”

But Hallmark warned that widespread use of true self-driving cars will not be feasible for several decades. “From our perspective, there will still be people who want to drive, and you will still be allowed to drive for many years to come,” he said, even if autonomous cars are able to travel on certain purpose-built or adapted highways.

Urban environments are another matter, Hallmark said. The cost of converting cities such as London or Mumbai “that were never designed for cars” into areas that can be used by autonomous vehicles would be “eye-watering” and beyond the scope of local government.

This caution on autonomous vehicles does not mean, however, that car companies and tech giants alike are reducing their investments, even if their ambitions have been scaled back and timetables lengthened.

Last July, Volkswagen said it would invest $2.6 billion in Argo AI, a software startup backed by Ford Motor. Three months later, VW said it would spin off the group’s self-driving business as Volkswagen Autonomy, focusing first on putting Level 4 commercial vehicles on the road by 2025.

Not to be outdone, Daimler and premium rival BMW are joining forces to develop their own Level 4 systems, dedicating more than 1,000 engineers to the joint project. Their focus, though, most likely will not be on a self-driving Mercedes-Benz S class or BMW 7 series, even for use in mobility on-demand services.

Daimler CEO Ola Kallenius said last November that ensuring the safety of robotaxis in urban areas was proving to be a harder engineering challenge than first thought. Added Kallenius: “There has been a reality check setting in here.”

Douglas A. Bolduc, Nick Gibbs contributed to this report