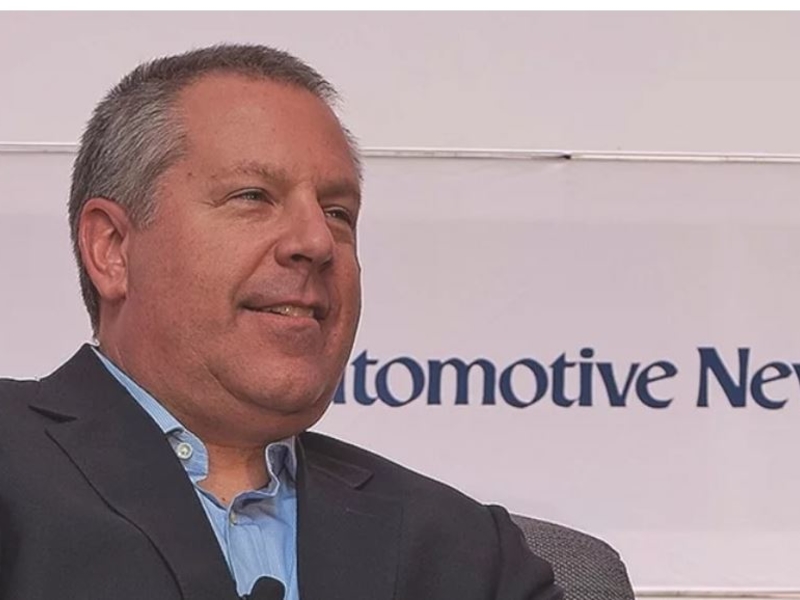 DETROIT — Joe Hinrichs, whose is abruptly retiring after 19 years with Ford Motor Co., wrote a 1,000-word farewell letter thanking his team and encouraging them to continue working to improve the company’s outlook and performance.

The letter, obtained by Automotive News, summarized many of the highlights since Hinrichs, 53, was named Ford’s president of worldwide automotive operations in May 2019 and suggests he had no plans to retire as recently as last month, detailing a January meeting in which they “committed to each other that we would all work together to make this a great year.”

His retirement was announced as part of a management shake-up that will elevate Jim Farley to COO and expand the role of Hau Thai-Tang, Ford’s product development and purchasing boss. Hinrichs has not responded to a request for comment.

The management changes, effective March 1, emerged a few days after Ford posted disappointing fourth-quarter earnings and profit guidance, with Wall Street analysts pressing company leaders for more details about a transformation plan that has yet to produce positive financial results amid a period of profound disruption across the industry.

Hinrichs’ letter touched on Ford’s troubled launch of the redesigned Explorer but mostly focused on the lessons the team has learned and the initiatives it is taking to improve Ford’s financial standing. It also touted some of the company’s successes, such as ” literally stealing” the deal with EV startup Rivian away from General Motors and negotiating a “better” contract with the UAW than GM — without enduring a costly strike.

Hinrichs also said he would be “proudly watching” as the team later this year launches the Bronco SUV and a smaller off-road crossover, noting he had fought to revive the Bronco nameplate for nearly a decade.

Friday’s news was a shock to dealers and some officials within the company. In disclosing the management changes, Ford CEO Jim Hackett called Hinrichs a “really good friend and accomplished global leader” who was “instrumental” in helping the company survive the Great Recession and also played vital roles on issues ranging from labor to manufacturing to trade.

“To a person, he was beloved,” Hackett said. “Joe’s going to have a wonderful career. But everybody believes the momentum that we’re talking about building here is the right thing to do.”

It was just over eight months ago when we all came back together as one automotive team. The organization to be one again so the business units and skill teams could work together to serve our employees, customers and shareholders. In those quick eight months we accomplished a lot together, starting with re-instituting a governance process that helped us run the company better with more visibility and a shared sense of purpose (BPR/ASM/SAR).

We concluded the investment in Rivian, literally stealing it away from GM in the last days. We took a leadership stand on climate change and, after unsuccessful attempts to bring California and the White House together, forged our own path forward with a fuel economy agreement with CARB. We helped the USMCA agreement finally come to life. We worked in the background to help the US and China finally find common ground on trade.

We worked through a very difficult and costly launch of the Explorer and Aviator in Chicago. We then successfully launched Escape/Corsair in Louisville, Transit in Kansas City, Super Duty in Kentucky Truck Plant and OHAP, Puma in Craiova, Territory BEV in Nanchang, and recently Kuga (Valencia) and Escape (Chongqing). The painful lessons learned from the Explorer/Aviator launch will serve the company well in the future – including this year when you will launch so many great new products and really start to introduce the power of connected vehicles with the F-150 and Mustang Mach-E launches.

We watched the UAW strike GM for six weeks at a cost of over three billion dollars, and then reached a better deal with our partners in the UAW in just two days ourselves. We worked through the planned closure of Bridgend and closed our plant in Sao Bernardo. We worked together through the Smart Redesign process to reshape the management structure of our company and significantly reduce our salaried costs. We watched the Manufacturing and IT teams, working with all skill teams, design the Factory of Tomorrow.

We delivered dramatic restructuring in Europe and South America. We formed the International Markets Group (IMG). We developed a new strategic plan for our business in China. We finalized and announced the global alliance with Volkswagen and the joint venture with Mahindra in India.

We delivered record profits from our global FCSD team. We launched many Customer Experience pilots globally and started to build momentum in changing the Ford culture in focusing on the customer journey wheel. We started down the important journey to implement ERP systems in our company worldwide. We started to bring the power of the new Enterprise Product Line Management (EPLM) to life …

We watched JD Power place both the Ford and Lincoln brands in the top five of the US Initial Quality Study for the first time … and then received more JD Power APEAL awards than anyone else. We finally started to see the powertrain warranty cost curves start to bend down in the last few months … with more to come.

We came together in early January, 2020 and committed to each other that we would all work together to make this a great year. We openly discussed the reasons why we have missed our plan for four straight years … and then went out and started major initiatives to make a difference, from new material cost targets, business unit sprints and offsites, and a renewed energy toward our sales commitments.

I am proud of how the team came together this year to change the performance of the company. Globally, we beat the sales program in January for the first time in a long time. We used to talk about Profitable Growth for All. The plans over the last three years, combined with the dramatic collapse of our sales in China after we had built such a strong business, have delivered significant losses in global volume and market share. We started to talk about how we can grow the company again. This discussion has to continue.

As the company moves forward today, I want to reach out and thank you for all that we have done in these eight short months. There were stumbles, but there were many more successes. The most important thing we do as leaders is create an environment for our people to be successful – providing clarity of direction and priorities, resources and help when they need it, and support for them as teammates. It is always about Working Together as One Ford team. Leadership is about service to others. Please never forget that.

We are so proud of the work all of you do in the community. Ford’s community giving is unlike any other company. That is a testament to the culture and the employees. I was so honored to lead the United Way campaign for Southeast Michigan which raised over $47M for our community last year. There are so many other examples … please keep this commitment to service and community front and center in the future.

Many of you know that I personally fought for nearly a decade to get Bronco back into the Ford portfolio. In fact, after we showed the Bronco concept in 2004 it was clear there was customer demand for this product. We finally were able to add the Bronco and the small off-road utility product in the 2015 cycle plan as we headed to UAW negotiations that year. This year you get to launch those great products. I will be proudly watching as that finally happens.

Thanks again for all the support, teamwork, and friendship. You know I am always here to help you if I can.

I do have one last request. Please pass this note along to your teams and all our wonderful Ford employees as I unfortunately will not get the chance to say thanks myself. To each and every employee at Ford Motor Company – thank you for all your love and support. It has been an honor to serve with you.