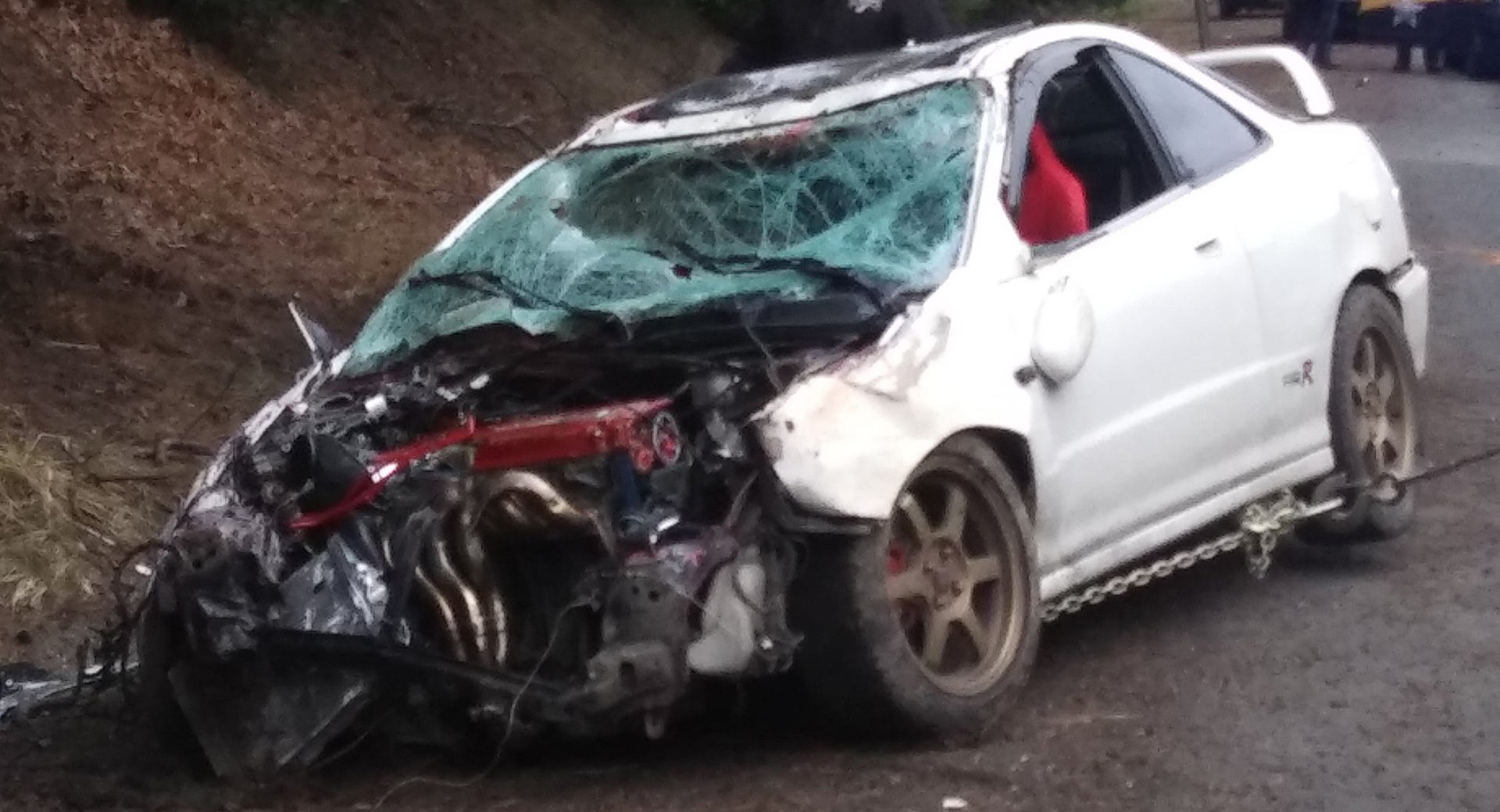 An extensively modified 1995 Acura Integra has been destroyed after being involved in a dangerous high-speed chase through Oregon, The Drive reports.

The Integra GS-R was reportedly stolen from a gas station at around 2:00 a.m. on a Saturday morning, its owner, Ethan Dsquad, revealed in a Facebook post.

It doesn’t appear to have been long before authorities caught up to the thieves who proceeded to flee and lead police on a chase that reportedly lasted several hours. According to Dsquad, local highway patrol informed him that the car “gave them a good solid run.” The owner had spent approximately $15,000 modifying the Japanese sports car and it appears as though whoever stole the car fuelled up at least once while being pursued by authorities.

So…. after a several hour pursuit, and the chase being called off 3 times to my knowledge due to high speed risk and…

Police allegedly called off the chase on three separate occasions due to the dangerous driving of the thief. They then decided to use a set of spike strips to incapacitate the car. After hitting the spike strips, the driver is said to have lost control and hit a woman in a pickup truck before crashing and rolling the car on a highway shoulder.

Images shared online by the owner reveal the Integra was totally destroyed in the crash. The roof has been crushed, the windscreen shattered, and virtually all bodywork at the front is missing, leaving the modified B18C1 engine exposed.

Some people online have shared the name and photo of who they claim is the suspect but Oregon State Police have yet to confirm the name of the person arrested for the theft. The owner says he will be pursuing the thief “with every charge I can get [them] for.”