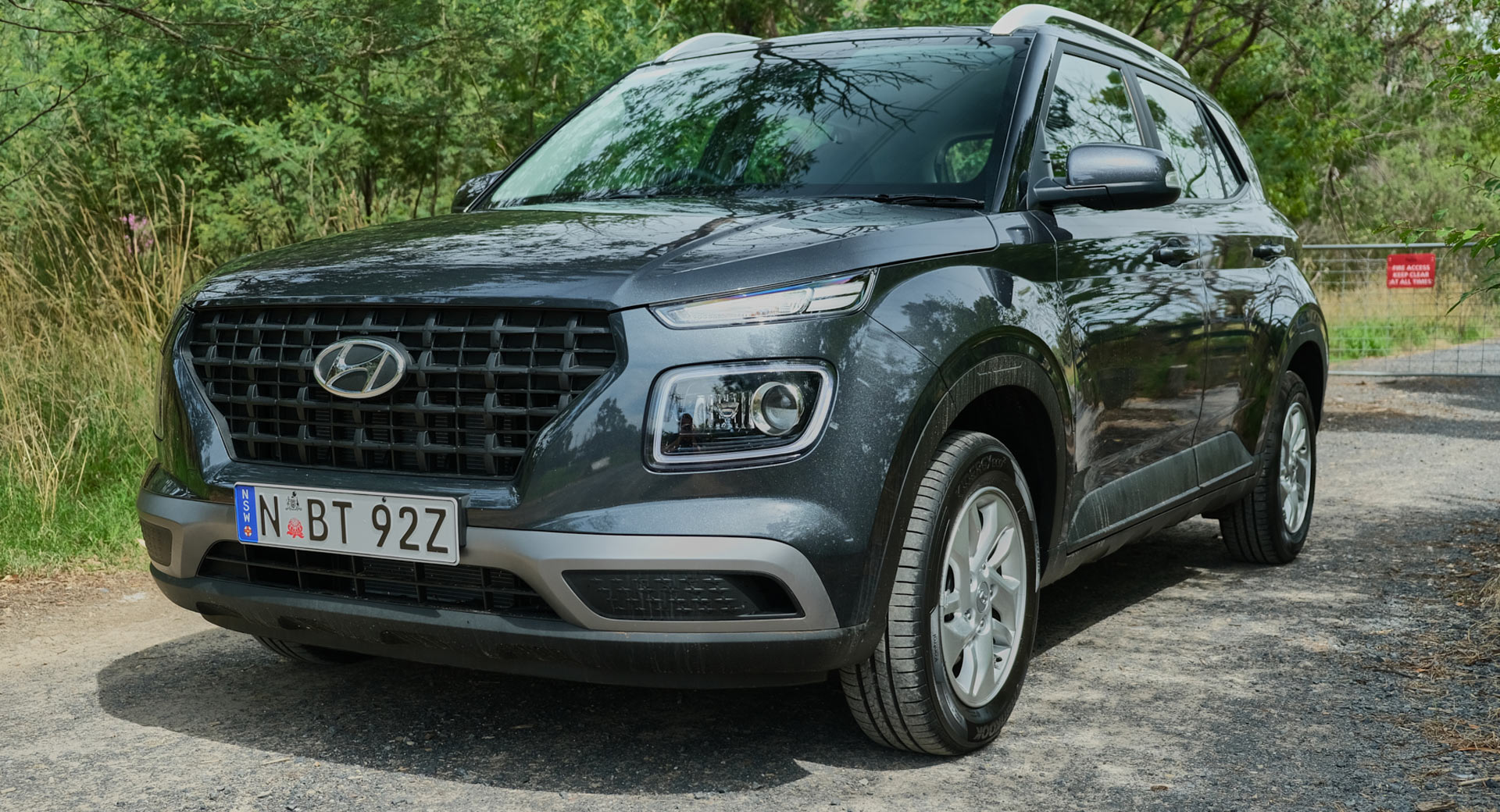 If you needed proof that the SUV and crossover craze has reached new heights, just look at the 2020 Hyundai Venue. This crossover appears impossibly small from the outside and would have been unimaginable just five years ago. Is it any good and does it show that the market’s obsession with crossovers is rational? We recently spent a week with one to find out.

Don’t be fooled by the size

Hyundai’s Australian family of models is varied and the Venue is the South Korean automaker’s second cheapest model after the i30. However, it is comfortably the smallest Hyundai on sale in the local market, measuring just 4,040 mm (159 inches) long compared to the 4,340 mm (170.8 inches) of the i30. It’s also impossibly narrow at just 1,770 mm (69.6 inches) wide, 25 mm (1 inch) more petite than the i30. The vehicle’s tiny looks are exaggerated by the short front and rear overhangs. 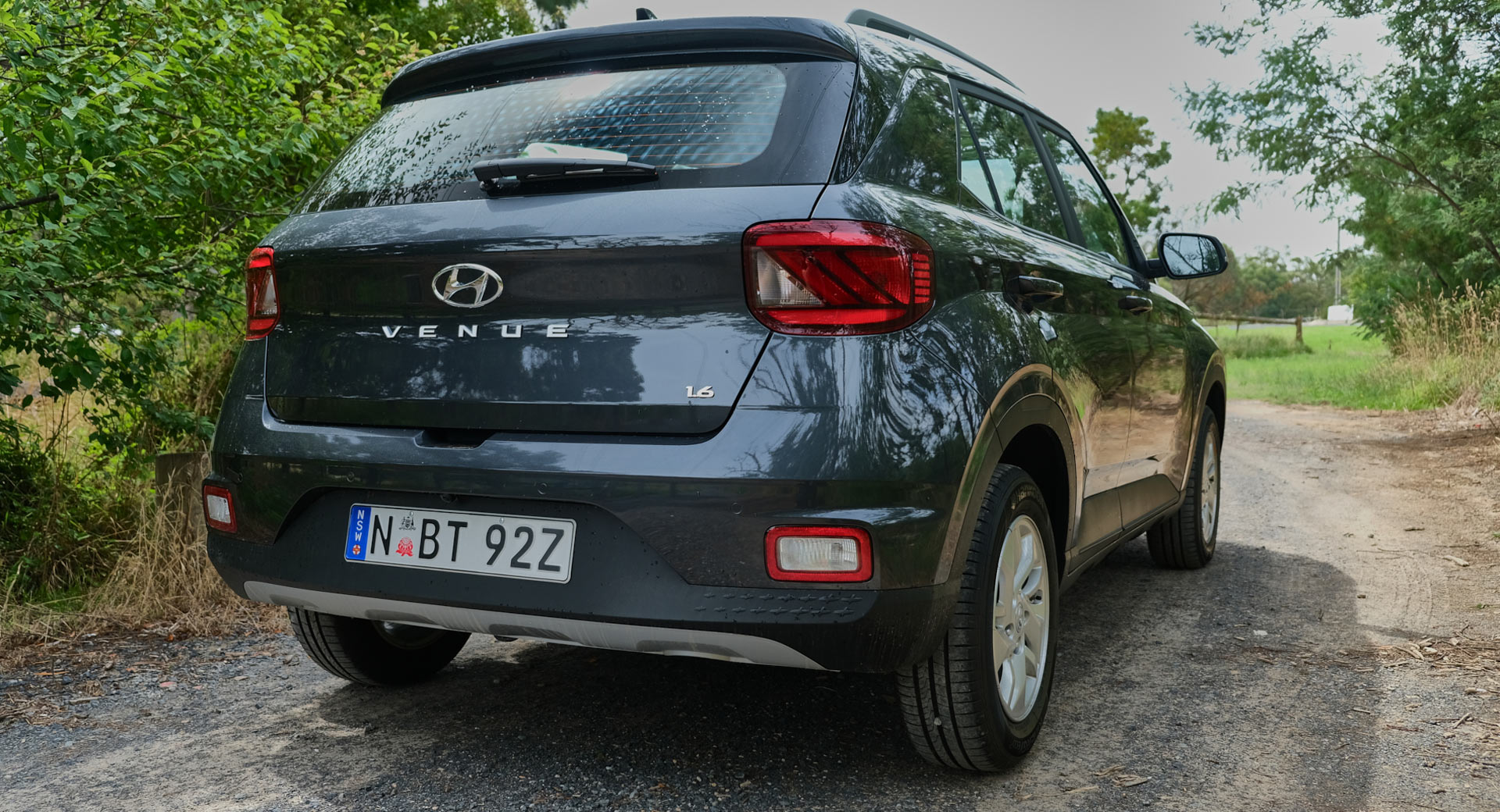 Styling may be subjective but we think most would agree the Venue has character. Regardless of whether you like the exterior design or not, it’s hard to argue that it isn’t quirky and stands out on the road, particularly when painted in bright shades like Fiery Red and Intense Blue as well as the Launch Edition’s exclusive colors of Exotic Green and Lava Orange. Our test car was painted in a more subdued Cosmic Grey. 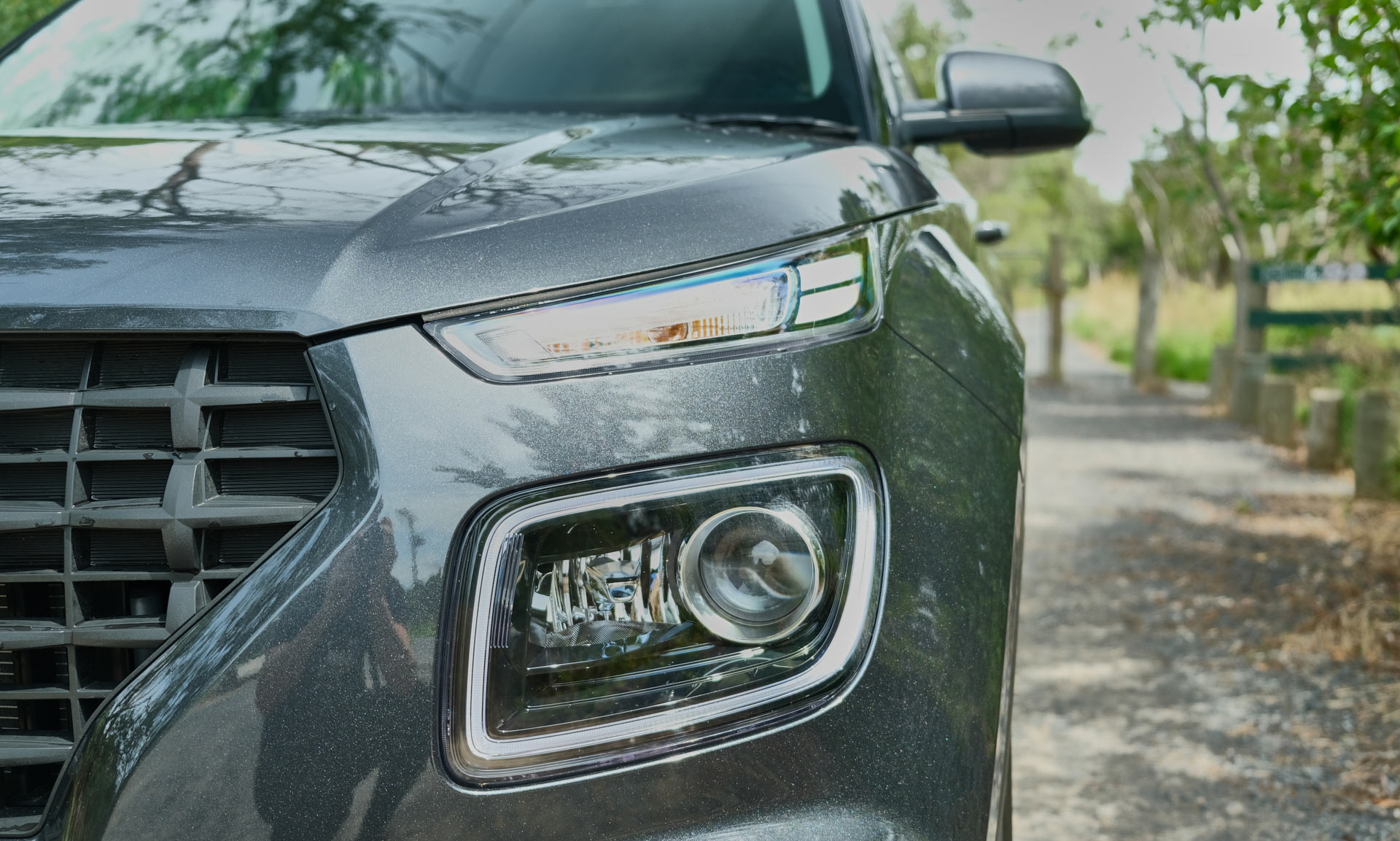 Arguably the most striking element of the Venue’s design are the aforementioned daytime running lights that form a square around the headlights. These DRLs ensure there’s no mistaking the Venue for any other vehicle on the road. I was a fan of them but a friend said they looked a little cheap and resembled something you’d expect to find in the aftermarket and not as a factory feature. The 15-inch wheels of our test car were also a matter of debate and due to the vehicle’s upright shape, looked a little small. The larger 17-inch wheels of the Venue Elite and Launch Edition are much better suited to the car’s shape.

A powertrain fitting of the price-point

There’s only a single engine option in Australia taking the form of a 1.6-liter four-cylinder that produces 90 kW (120 hp) at 6,300 rpm and 151 Nm (111 lb-ft) of torque at 4,850 rpm. Mated to this engine was a six-speed automatic ‘box in our test car although a six-speed manual is also available in the Go and Active trims. Power is sent exclusively through the front wheels and the SUV returns a claimed 7.2-liters per 100 km (32 mpg). We saw figures closer to 9 liters per 100 km (26 mpg) but did drive the SUV frequently in stop-start traffic.

I found the engine to be a mixed bag. While the four-pot is naturally-aspirated and should benefit from improved throttle response over some small capacity turbocharged engines on the market, that didn’t seem to be the case. Accelerating in the Venue requires the throttle to be depressed more than you may expect and when the engine’s revs do start to build up, the transmission can be sluggish to change ratios and find the right gear. This feeling is exacerbated when you pin the pedal to the floor when overtaking, for example. Drive the Venue around the city with more subtle and progressive throttle inputs and the engine and transmission combination get the job done. 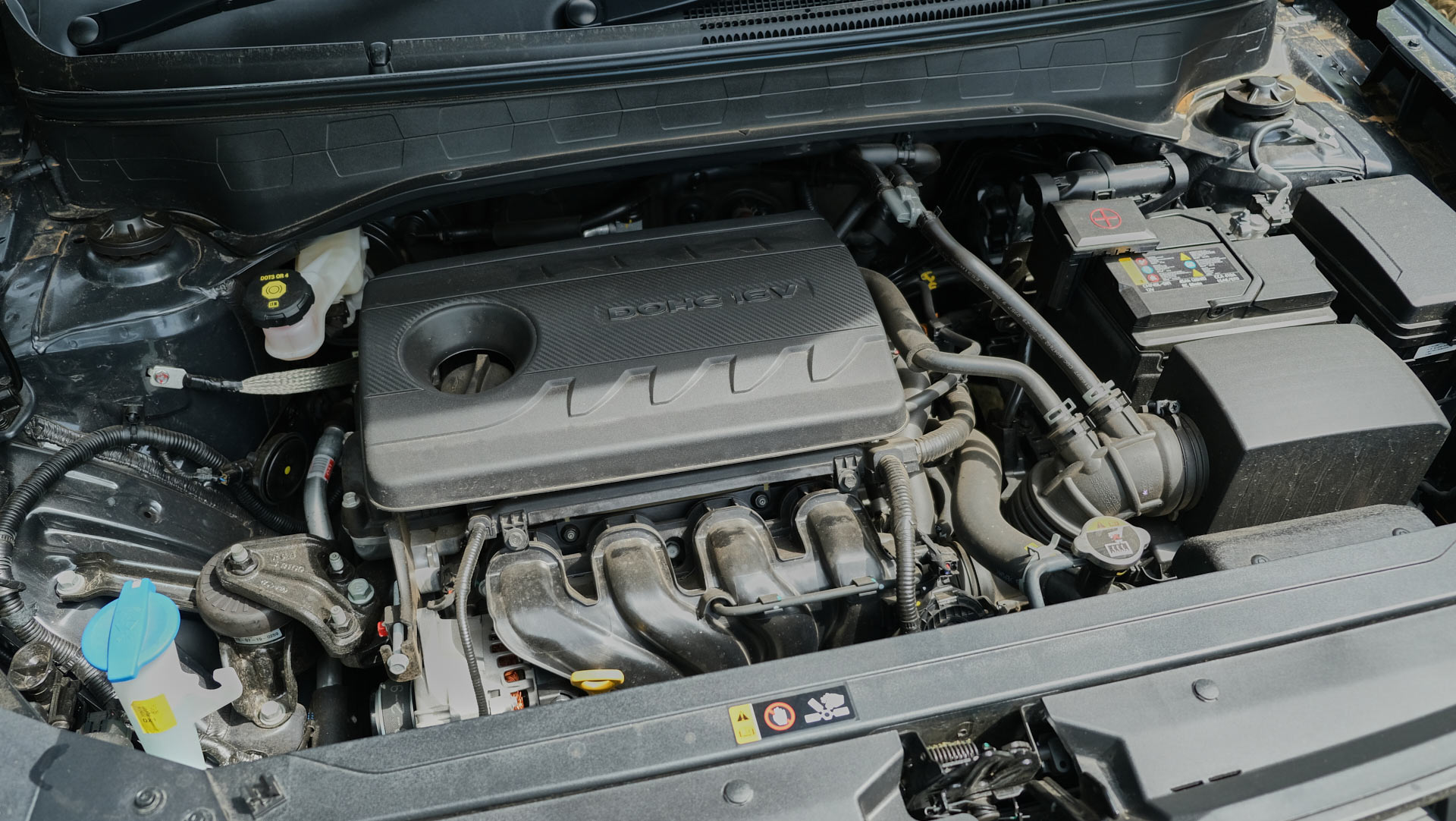 Impressively, Hyundai has configured the Venue’s powertrain with a traction system that offers mud, sand, and snow modes. It remains to be seen how many owners are going to take their Venues through these kind of conditions, but it’s nice to know the SUV can handle some very light off-roading should drivers come across a random stick or leaf on the road.

One nice little feature of the Venue is an alert that will pop up on the gauge cluster telling you to get a move on if you’re driving in traffic and the car in front of you starts to pull away. 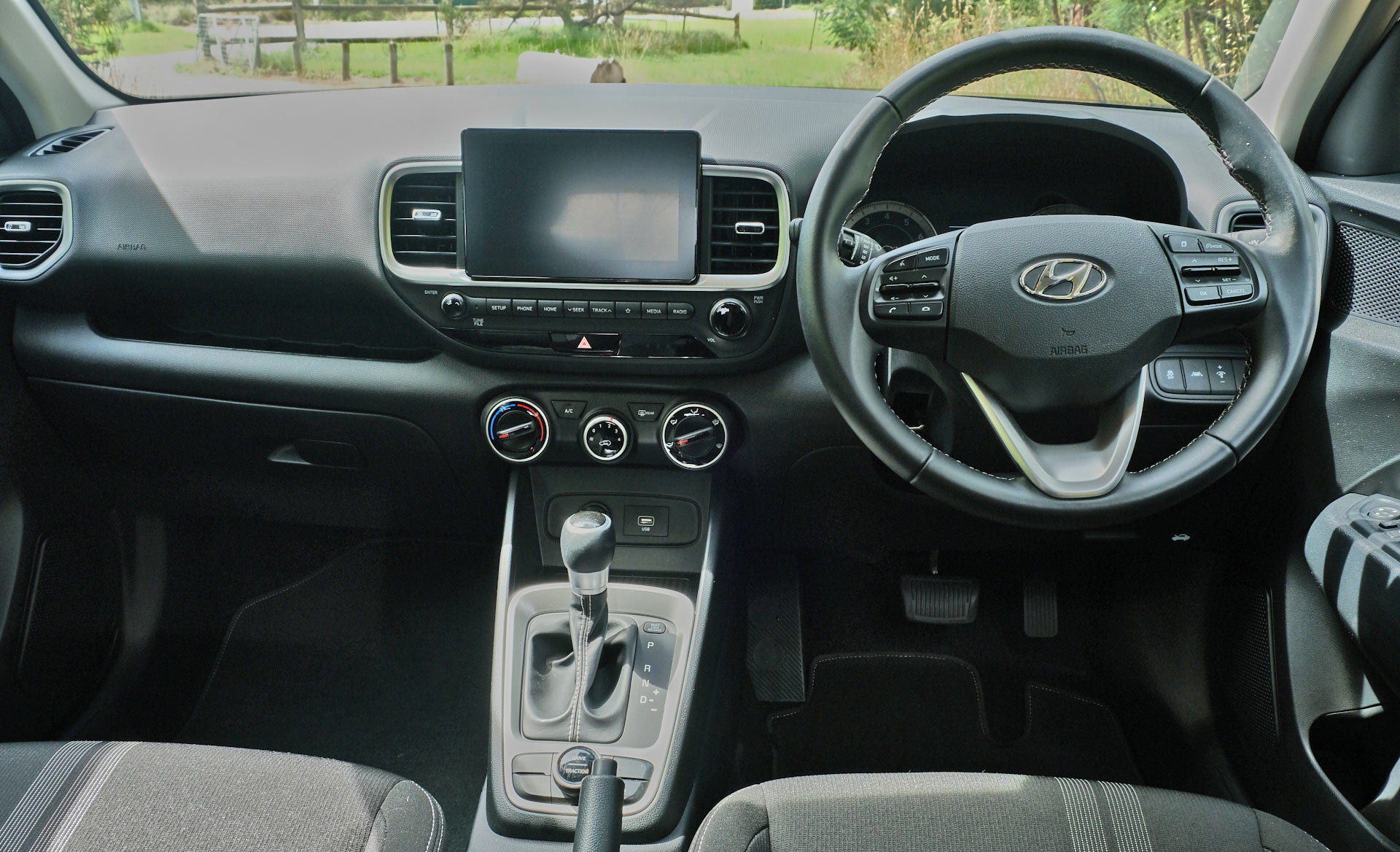 Hyundai introduced the Venue in Australia to replace the aging Accent and while it is shorter, the upright and square-shape of the baby SUV mean it is surprisingly spacious inside. As a matter of fact, it feels roomier than the larger Kona that sits above it in Hyundai’s range.

Also Watch: 2020 Hyundai Venue Is Cute, So Let’s Find Out What Else It’s Got

This is particularly evident while in the second row where taller passengers benefit from greatly improved headroom and superb visibility. High-end Venue Launch Edition models feature a sunroof and while ours didn’t, the cabin still felt very spacious and lulls you into thinking you’re driving a larger car than you actually are.

Hyundai quotes rear boot space at 355 liters (12 cubic-feet) which is just 6 liters less than the larger Kona but due to the more upright roof of the Venue, it can be easier to store things in the back than the Kona with its steeply raked roof. Second-row passengers will also be greeted with vastly superior headroom than the Kona and ample knee and toe room. 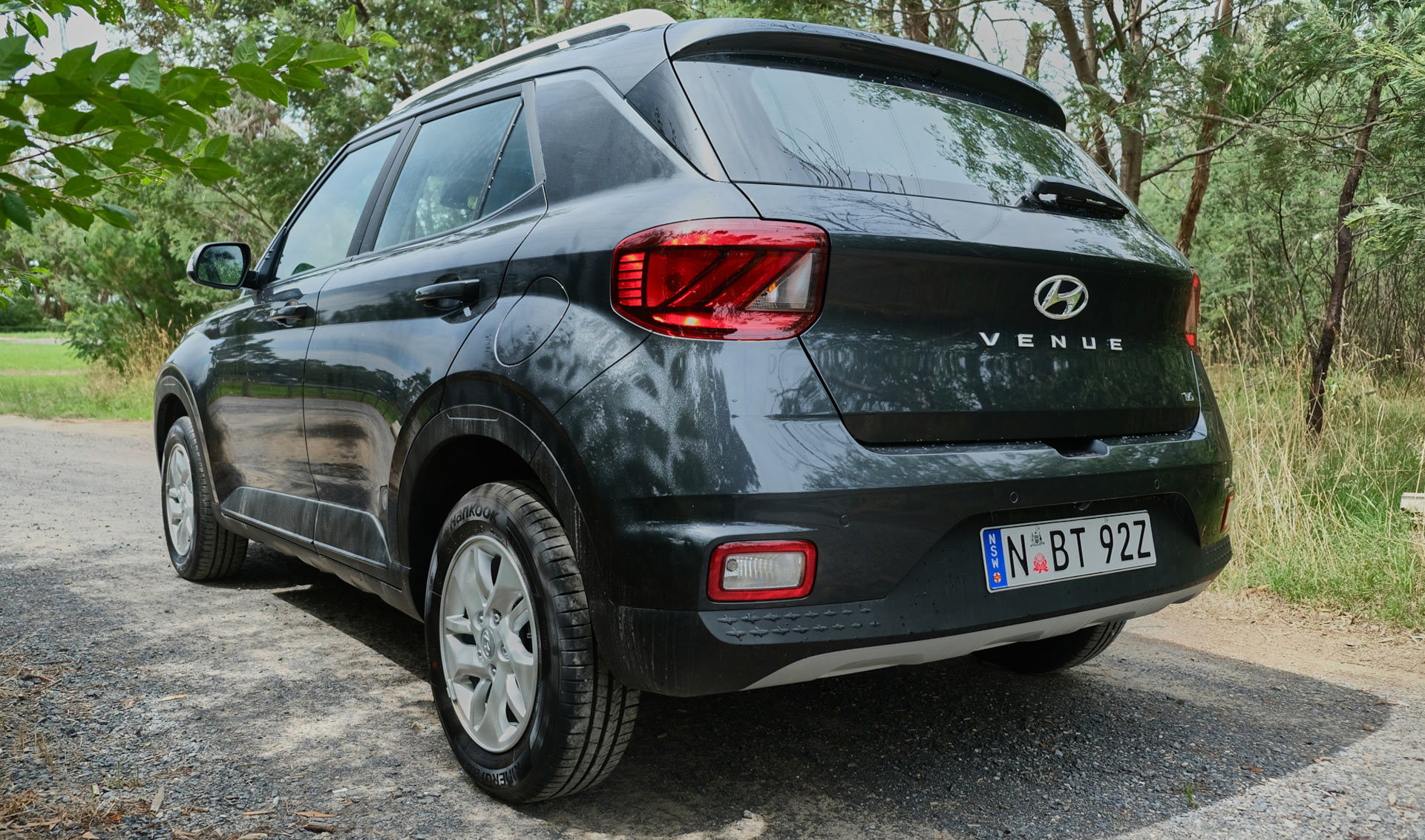 Included as standard on the Venue Active is a zippy 8.0-inch touchscreen infotainment system that includes Apple CarPlay and Android Auto, something that not all vehicles in this segment have. The display also has a slightly sleeker look than some other Hyundai models such as the i30. It shouldn’t come as a surprise to anyone that most of the interior surfaces are hard black plastic although buyers of higher-end models can spec some brightly-colored accents to give the cabin a more youthful feel.

A tempting buy for young shoppers on a budget

Does the Hyundai Venue hit the mark? We think it does and its AU$1,500 (US$1,010) price premium over the i30 can be justified through the added interior space it provides over similarly-affordable Hyundai models.

It would be nice if customers of the Go and Active variants could opt for two-tone exterior paint schemes like the Elite and Launch Edition to add some personality to the SUV. Similarly, the black cloth trim standard on the Go and Active is rather bland and could feel much more premium with some brightly-colored accents and lighter colored finishes.

All in all, the Venue does prove crossovers of this sort have a place in the market and can act as suitable alternatives to hatchbacks.

Why Would Anyone Ruin A Mercedes-Benz E400 Coupe Like This?
Congressional watchdog to study automotive ‘right to repair’ issues
Toyota brings back former executive Julie Hamp as media adviser to President Akio Toyoda
Driven: The 2022 Honda HR-V e:HEV Is A Premium-Looking But Pricey SUV
Corvette art comes with a matching car