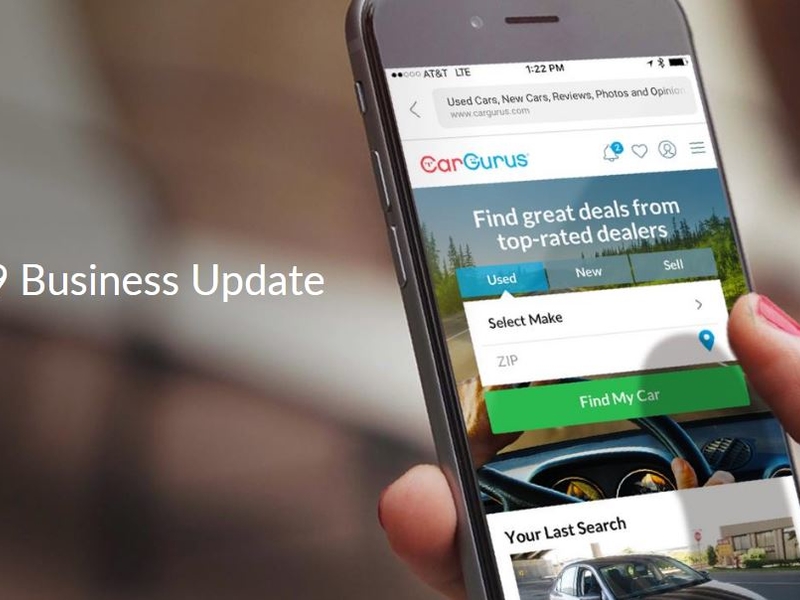 The Cambridge, Mass., marketplace company on Thursday reported revenue of $158.2 million in the fourth quarter, up 25 percent from the same period a year earlier. Marketplace subscriptions brought in $140.6 million, a jump of 24 percent, the company said.

Net income for the fourth quarter grew by 6 percent, to $13.2 million, over the year-earlier period.

But the numbers didn’t impress Wall Street. CarGurus shares dove 26.5 percent to close at $25.05 on Friday.

But profit slid by 35 percent for the full year, to $42.1 million. CarGurus said that was due to a tax benefit of $39.7 million recorded in 2018 that lifted its earnings last year. That tax benefit was largely attributed to the impact of the company’s share price on equity compensation plans after its initial public offering.

“Over the course of 2019, we invested significant resources to increase our brand recognition, boost direct traffic, improve the consumer experience and, ultimately, increase the quality and quantity of leads we deliver to dealers,” CEO Langley Steinert told analysts Thursday on a fourth-quarter earnings call.

“We made important progress against each of these initiatives throughout the year.”

CarGurus said it had 28,990 paying dealers in the U.S. at the end of 2019, up from 27,534 the previous year. The company uses a “freemium” model that allows dealerships to list their inventory for free, but they can unlock additional features with a subscription fee. CarGurus previously told Automotive News its total dealership count is more than 40,000.

Last month, CarGurus acquired Autolist, a San Francisco online vehicle marketplace that is expected to increase scale for dealers. Dealers who pay to list their inventory on CarGurus also will have access to Autolist, which the company has said is a way to increase value for subscribing dealerships.

The company will focus on enticing more dealers to subscribe in 2020, Steinert said. CarGurus this week rolled out its revamped real-time performance marketing products, which include social media ads, to dealerships nationwide.

And the company said it intends to reduce advertising on its website this year to offer a better consumer experience, with the goal of driving more leads and increasing conversion to sales, CFO Jason Trevisan said on the earnings call. That likely will mean a short-term loss of advertising revenue, he added, as CarGurus expects “very little growth from our OEM and automotive partner advertising business in 2020.”

“While this decision certainly means forgoing short-term transactional advertising revenue, we know this decision is in the best interest of both consumers and dealers and supports a healthier subscription business for CarGurus over the long term,” Trevisan said.He added that the revenue impact likely will result in “relatively flat” total revenue growth from the fourth quarter of 2019 through the first quarter of 2020. CarGurus projects first-quarter revenue rom $156.5 million to $159.5 million. For full-year 2020, CarGurus anticipates revenue of $664 million to $676 million.