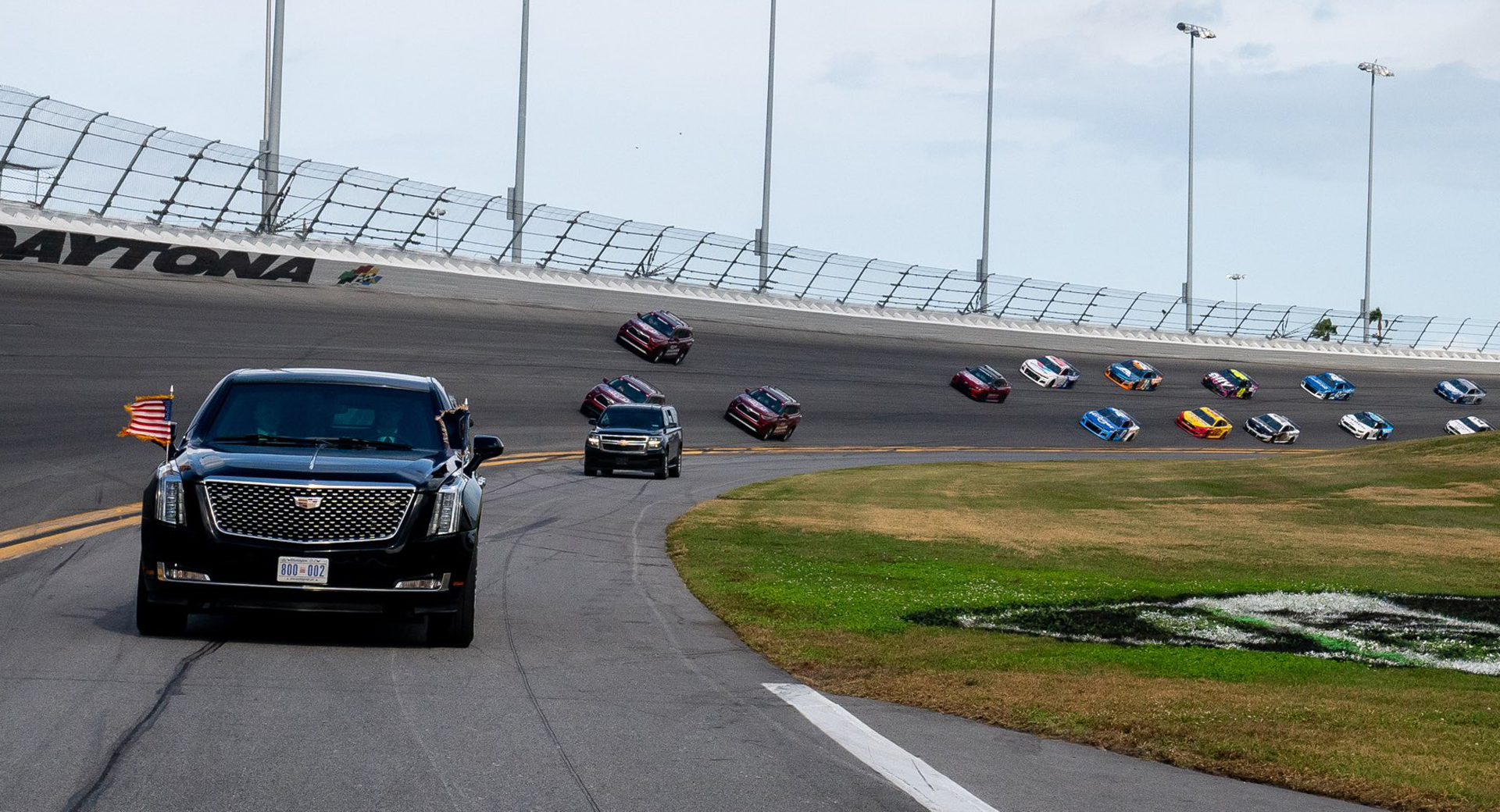 President Donald Trump took to the Daytona International Speedway on Sunday in his presidential limo dubbed ‘The Beast’ before the Daytona 500 was scheduled to kick-off.

Trump teased his presence at the event in the days prior and his motorcade could be seen on the oval circuit, leading the NASCAR entrants behind him on a parade lap.

The President made a special entrance at the event as Air Force One performed a flyover above the circuit before landing at Daytona International Airport just a few hundred yards away from the track. Trump also served as the grand marshal for the event.

Read Also: President Trump Says Elon Musk “Has To” Build A New Factory In The U.S.

Trump is on the track at the #Daytona500 @realDonaldTrump #DaytonaDonald pic.twitter.com/5Pbj8xQko6

Unfortunately for the teams and drivers competing in the Daytona 500, as well as the thousands of fans in attendance, rain started falling on the circuit shortly after The Beast completed its lap. Not long after, organizers revealed that the 62nd running of the Daytona 500 has been delayed until Monday at 4 PM ET.

“The Daytona 500 is the legendary display of roaring engines, soaring spirits and the American skill, speed and power that we’ve been hearing about for so many years,” Trump said during a speech before the race was scheduled to commence.

This is just the second time a sitting president has attended the Daytona 500, with Trump following in the footsteps of President George W. Bush who did the same in 2004.

Air Force One, carrying President @realDonaldTrump, has arrived in Daytona, where he will serve as Grand Marshal for today’s race. pic.twitter.com/pC1At3YKeF

President ⁦@realDonaldTrump⁩ and ⁦@FLOTUS⁩ take The Beast for a lap at the #DAYTONA500! 🇺🇸 pic.twitter.com/Qs9fQLyM7Z