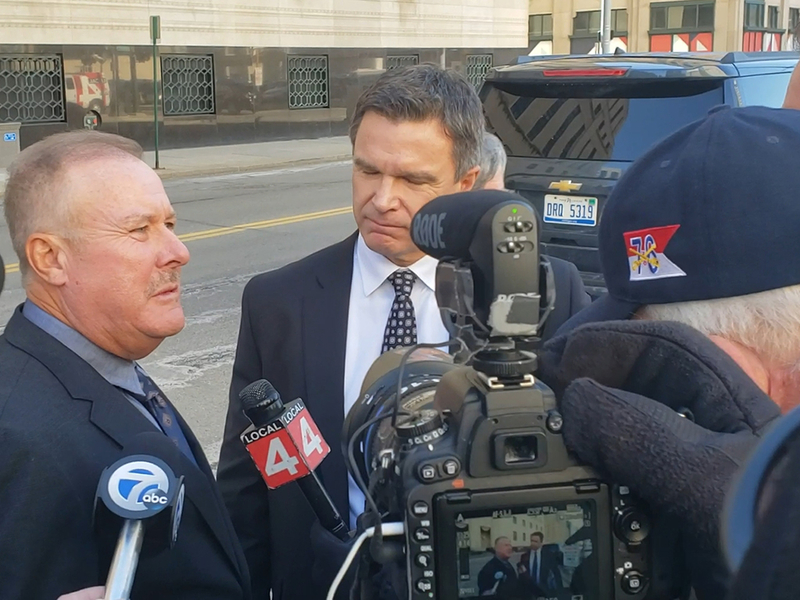 DETROIT — Michael Grimes, who worked as an assistant in the UAW’s General Motors department, was sentenced Wednesday in U.S. District Court here to 28 months in prison for wire fraud and money laundering.

Government prosecutors filed a motion moving away from the initial recommended sentencing guideline range of 46 to 57 months. They asked the court for a 24-month sentence based on Grimes’ cooperation, but U.S. District Judge Bernard A. Friedman went with 28 months to send a stronger message.

Grimes is among 12 people who have pleaded guilty in an ongoing federal investigation.

U.S. prosecutors say Grimes conspired with two unidentified senior UAW officials on multiple schemes going back to at least 2006. Grimes, according to prosecutors, pressured a vendor of custom UAW logo products into giving him a $60,000 mortgage and periodic bribes totaling nearly $900,000.

The prosecution’s criminal information against Grimes says the trio also arranged for the same vendor to sell the joint UAW-GM training center 50,000 “Team UAW-GM” jackets for $6 million in 2011 and 55,000 backpacks for $5.8 million in 2016. Grimes got the vendor to give him more than $1 million in kickbacks for those orders, according to the prosecution.

Grimes used bribe payments to buy, among other things, a 2017 Jeep Wrangler Unlimited and property in Florida.

Grimes, who described himself as a third-generation UAW member, asked God for forgiveness and apologized to the union during the proceedings. He emphasized during his statement in court that he cooperated with the investigation.

Grimes said he worked hard for UAW members through the years and wishes he could take back what he did.

Grimes’ attorney, Michael Manley, said his client accepted bribes from a vendor but didn’t embezzle funds from the union. Manley admitted that Grimes left a stain on the UAW and that there was no justification for his actions.

In a statement, the UAW said Grimes violated his oath of office and betrayed the trust of the union’s members.

“That is why on January 31, 2019, the UAW International Executive Board filed its own action against Mr. Grimes, taking away his membership in the UAW,” the statement said. “While our union is moving forward, we will never forget the costly lessons from our past.”