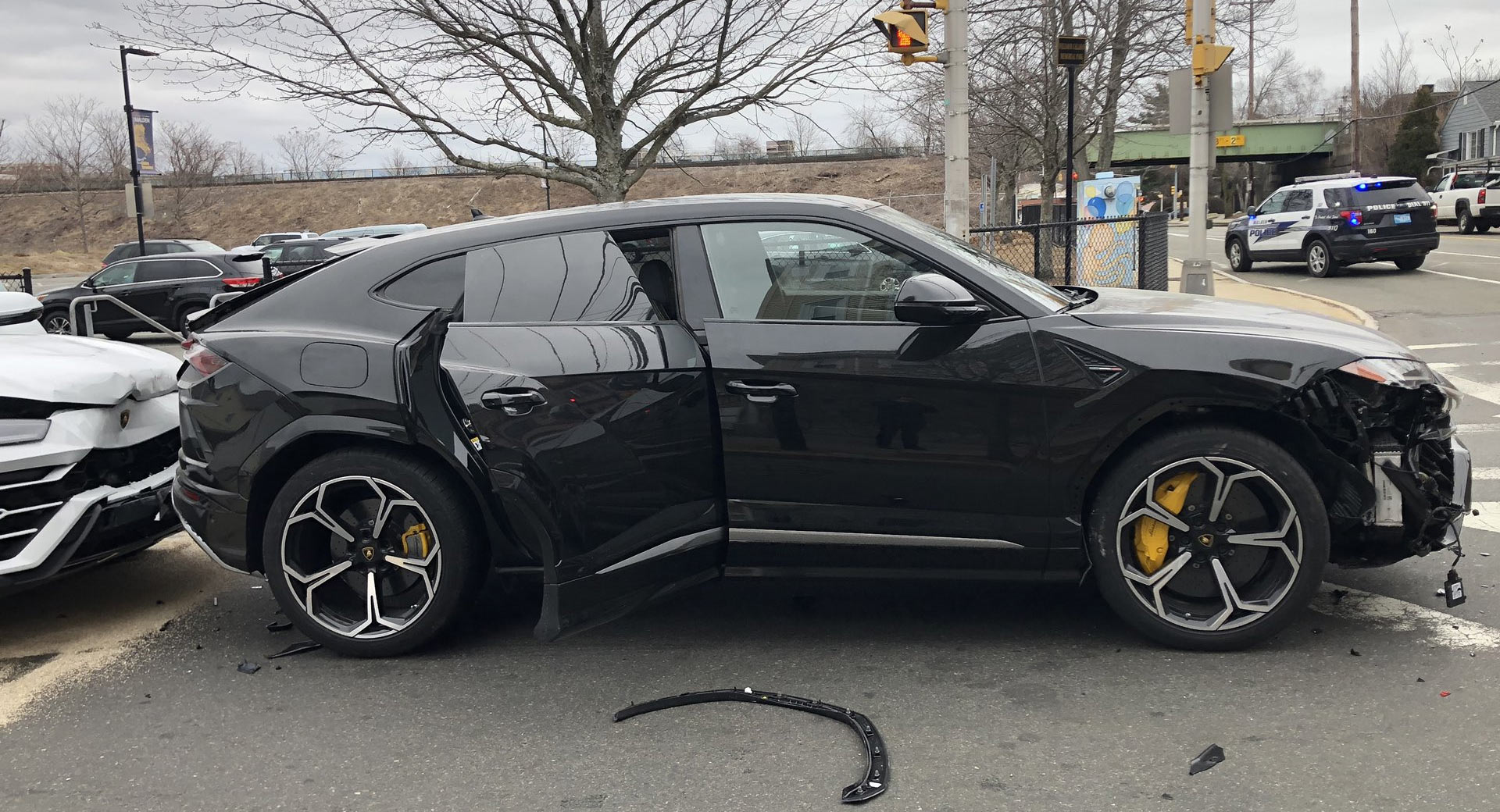 The Lamborghini Urus is a hot commodity, but two of them were a little hotter than usual as they were stolen early this morning.

According to the Wayland Police Department, the burglar alarm at Lamborghini of Boston went off at 3:05 a.m. this morning and an officer was quickly dispatched to the scene.

As they were in route, the officer happened to come across two Lamborghini Urus’ and a Chevrolet Cruze at an intersection. Since this is a pretty usual sight, the officer turned on their emergency lights and attempted to stop the vehicles.

One Lambo now towed away from Malden scene at Pearl/Charles streets. One remains. @boston25 pic.twitter.com/kwE4NHcnhW

The Cruze pulled over, but both Lamborghinis took off at a “high rate of speed.” The officer radioed this into dispatch, which alerted others to be on the lookout for a black and white Urus.

Attention then turned to the Cruze which was being occupied by juveniles who didn’t have a driver’s license or the “authority to operate the vehicle in their possession.” As a result, they were arrested and taken back to the police station.

As all of this was going on, another officer reached the dealership and found that its front window was shattered. Detectives were called to investigate and police had even more reason to suspect the Urus’ were stolen.

One of the crashed Lamborghinis has a Herb Chambers placeholder plate, the other a regular Massachusetts plate. @boston25 pic.twitter.com/wP7T5yX1cM

Approximately five hours later, police in nearby Malden informed their counterparts in Wayland that the two vehicles crashed into one another. The Malden Police Department was able to take one person into custody, but another suspect escaped on foot.

The incident is still under investigation, but the department credited the “quick resolution” to “very good police work by the responding officers, communications/dispatch center, Wayland detectives and the Malden Police Department.”

There’s no word on how much damage was done, but photos and video posted by Boston25’s Michael Henrich suggest one of the Urus’ rear-ended a Kia Soul and was, in turn, rear-ended by the other Urus. As a result, both models suffered significant front end damage.

On the bright side, Lamborghini of Boston seems to be pretty relaxed about the incident as they posted a message on Facebook saying “We think an Urus post is the best fit for today.”