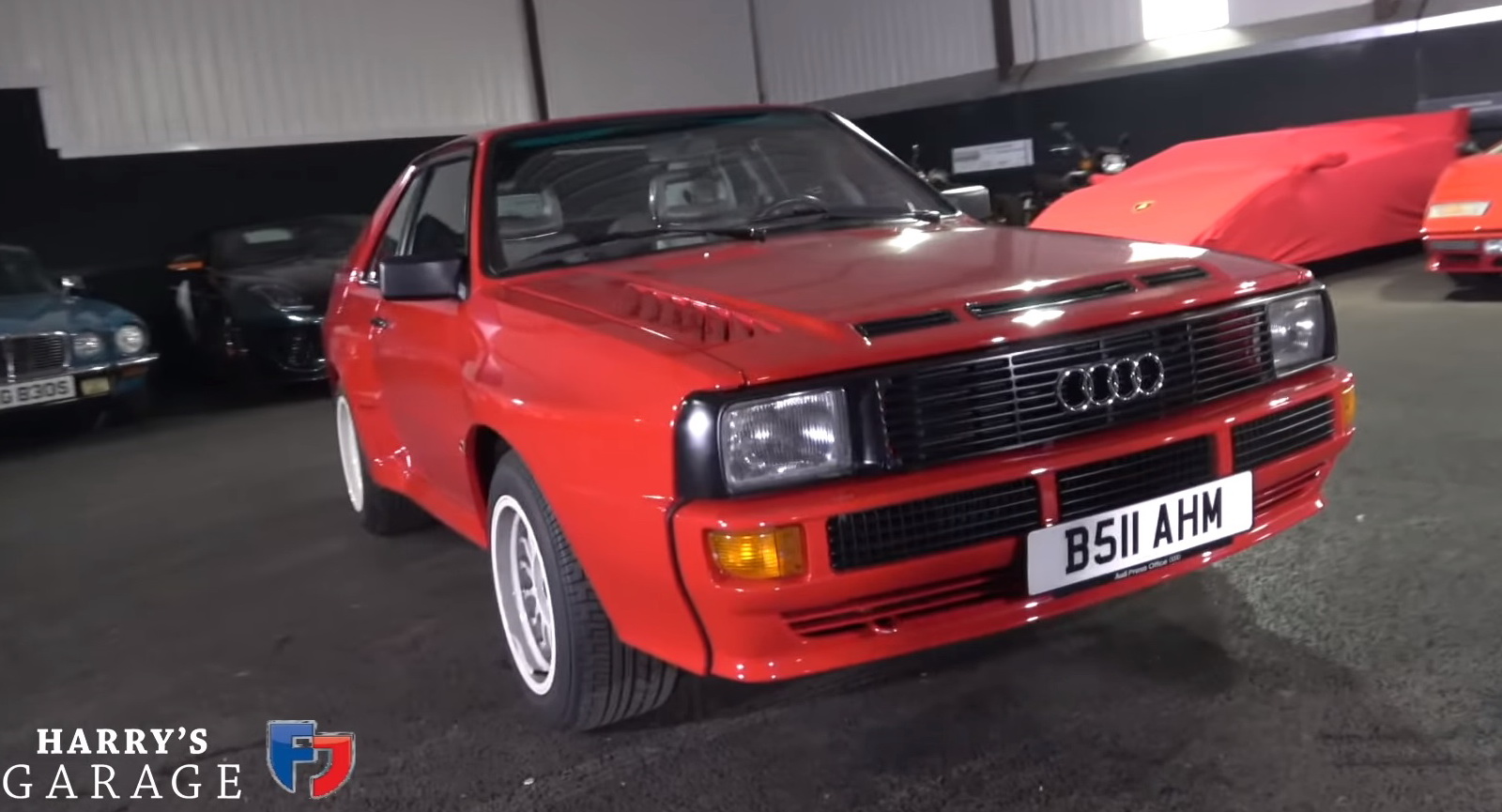 The Audi Sport Quattro is without a doubt, one of the most spectacular Group B homologation specials ever created and not just because they were built in such limited numbers.

Audi made just 214 Sport Quattros S1 but only 164 of them were road-going models, making it not only a true unicorn but also a quite expensive one as well, with examples now exchanging hands for over half-a-million euros ($545k in current exchange rates).

Audi wanted the Sport Quattro to homologate its Group B rally car and the road car result to be extensively modified compared to the Ur-Quattro. Audi’s engineers removed 320 mm (12.4 inches) from its wheelbase in addition to widening the tracks, resulting in a car that’s not only instantly recognizable but also iconic like few other.

Most of the bodywork was completely bespoke and made out of fiberglass, with even things like the rake of the windscreen being altered, making the Audi Sport Quattro a very expensive car to buy when new. Harry Metcalfe points out in his review that a new Lamborghini Countach was £30,000 ($39,000) cheaper from the Sport Quattro in 1984, which sounds pretty insane but such is the world of homologation specials.

Power comes from a 20-valve turbocharged 2.1-liter five-cylinder engine that produced a massive for the era 306 PS (302 hp) and 350 Nm (258 lb-ft) of torque, sent of course to the Quattro all-wheel drive system that featured front and rear lockable differentials.

We all have the Audi Quattro to thank for forcing everyone to rethink all-wheel drive for passenger cars, with the Sport Quattro being without a doubt one of the most brand-defining moments of the German brand.