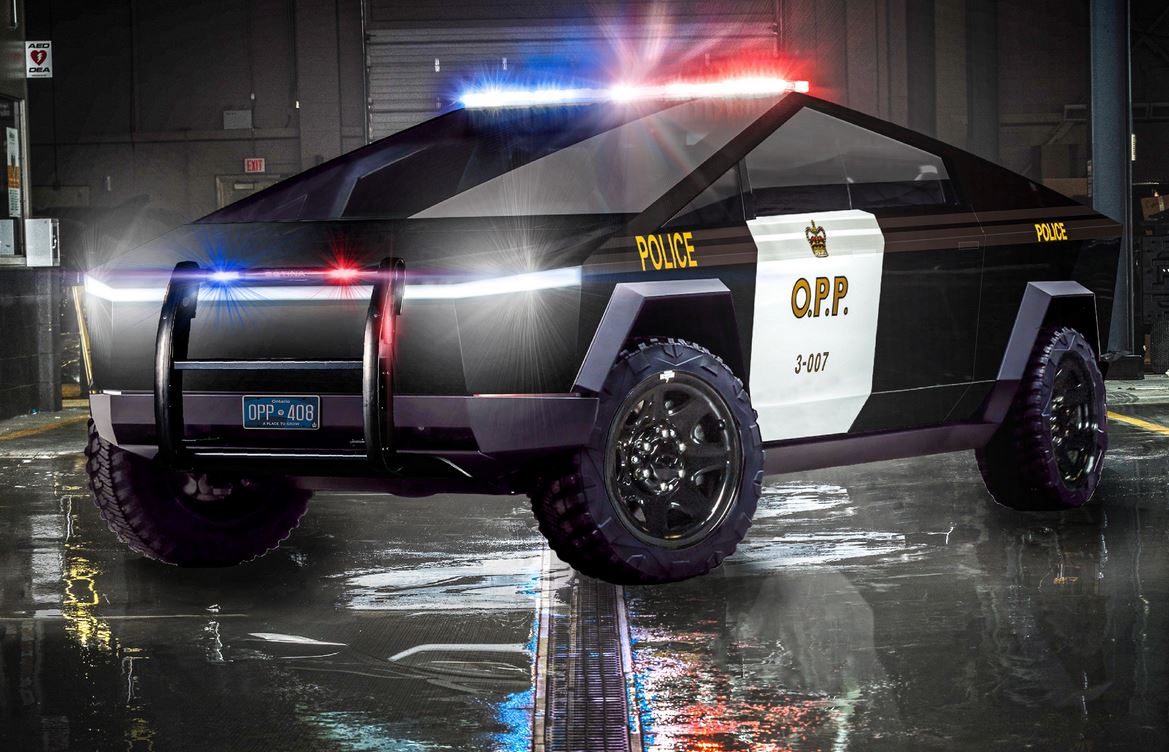 The Ontario Provincial Police Highway Safety Division tapped Elon Musk for a suggestion on whether a Tesla Cybertruck or Model X would be better suited as a police cruiser.

The OPP Highway Safety Division tagged the Tesla founder and CEO in a tweet with images of the upcoming Tesla Cybertruck and the Model X flagship SUV sporting the traditional black and white cop colors. “Hey @elonmusk can you suggest which model would make a better police car? #Cybertruck or #TeslaX?” read the tweet.

Hey @elonmusk can you suggest which model would make make a better police car? #Cybertruck or #TeslaX? pic.twitter.com/texsL1enJ3

Tesla vehicles are popular among police forces, not only in the United States but overseas as well. The electric vehicles, aside from looking sleek, have access to instant torque that may come handy when responding to different situations.

The Performance version of the Tesla Model X, for example, can accelerate from 0 to 60 mph in a matter of 2.7 seconds, a performance that exceeds most premium sports cars. The vehicle can also carry up to 7 adults and has Falcon Wing Doors that may allow for easy passenger access when used as a police cruiser.

On the other hand, the all-electric Tesla Cybertruck’s dystopian design adds to its dominant presence that can be likened to an armored personnel carrier. To boot, the upcoming Tesla pickup truck is made from an impenetrable exoskeleton and equipped with armor glass. It is designed for utility but offers flexibility that may come useful for police forces too. The bed of the Cybertruck is big enough to carry a Tesla Cyberquad, an electric quad-bike that the OPP might also want to consider.

The performance and features of Tesla vehicles make them top choices for police forces. For example, a Mexico Mayor has ordered Cybertrucks for police use in a municipality in San Luis Potosi, Mexico.

The Tesla Model S has also been tapped by the LAPD Hollywood Division as one of its latest patrol cars as the police force tries to explore greener options for its fleet.

Likewise, the Tesla Model 3 has been receiving praises as a police cruiser. In fact, the Bargersville, Indiana Police Department said that it’s a big hit among officers but even more popular among those who were pulled over by the police EV. The Bargersville Police force added the electric sedan to its force to replace one of the Dodge Chargers it used for patrolling streets.