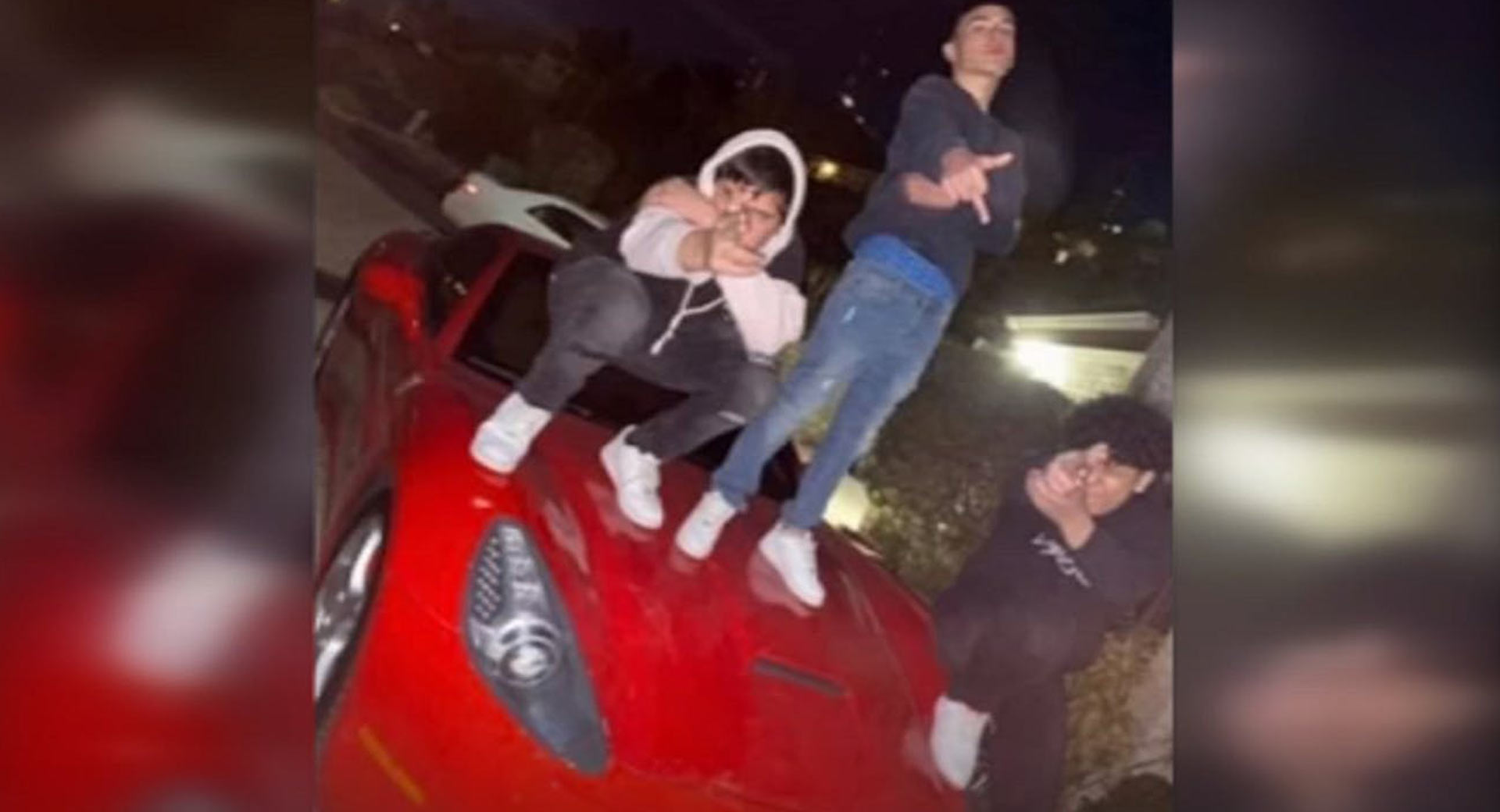 A trio of teenagers have been caught out for posing on a Ferrari California and causing $6,000 worth of damage to the Italian exotic.

Over the weekend, the owner of the Ferrari, Richard Streep, went out with friends and left his prized Ferrari California parked at his parents’ house in El Paso, Texas. KFOX14 reports that the following morning, family members told him that the night before they had spotted six to eight people on the property with at least three posing on top of the Ferrari. They fled the scene immediately in a green Kia Soul.

The following morning, Streep filed a police report with the local authorities before posting images of the damaged Ferrari on social media. Less than 24 hours later, Streep received a message containing links to the Instagram profiles of the teenagers involved with one image showing three teens on the vehicle’s hood.

Armed with additional information about the people involved, police tracked down the teens. Streep says the parents of at least one of the teenagers pictured has apologized and said they will help cover some of the repair costs.

“A lot of us work hard. We get good jobs, go to school. We do things right in society to be able to have something we love,” said Streep after Ferrari of Scottsdale said it would cost $6,000 to repair the car. “Whether it be a car or not, everyone works hard for something.”