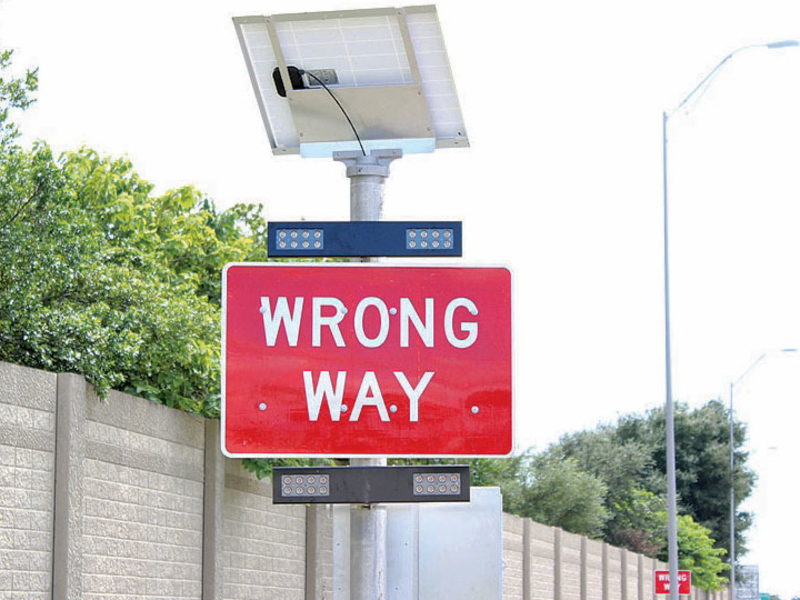 Just over a year ago, a suspected drunken driver heading the wrong way on Interstate 75 in Kentucky struck a vehicle carrying a family of five from Michigan. The crash killed three children, ages 7, 13 and 14; their parents; and the other driver.

Jonathan Stone, head of programs for research and advanced engineering at supplier giant Continental, knew the family that was killed.

Taking last year’s tragedy and others like it to heart, Stone, 44, embarked on a passion project. He developed a roadside system capable of detecting wrong-way drivers and alerting others on the road of the impending risk.

Stone’s project is just one example of how a Continental engineer’s personal experience can spark the development of the company’s technologies, Tammy Snow, the supplier’s head of North American systems and technology, said in a recent Automotive News podcast.

The technology is designed to be deployed on freeways and highways and relies on a combination of Continental radar sensors, connected-vehicle software systems and heat-mapping algorithms.

The system was put to the test when — during a demonstration in Michigan’s Upper Peninsula last fall — Continental engineers, including Stone, encountered a wrong-way driver.

“It definitely amplified the focus to stay on top of this solution, but it really put in perspective how little time we have to react to these things,” Stone said.

Wrong-way-driving crashes result in 300 to 400 fatalities each year on average, or about 1 percent of traffic-related fatalities, according to the Federal Highway Administration.

The Continental system first defines the roadways and directions of travel, then sends an alert to authorities, mobile devices or connected vehicles upon detecting a wrong-way driver, informing at-risk vehicles of the driver’s location, speed and direction of travel. Other suppliers, such as Bosch, have developed similar wrong-way-driver detection systems.

Stone and a team of engineers designed the solution in less than a year and have demonstrated it to the Michigan Department of Transportation and local authorities.

The system is being piloted in the supplier’s Smart City Mobility and Transportation Hub in Auburn Hills, Mich. The hub features two intersections with radar sensors and intelligent software integrated into the infrastructure, allowing safety messages to be transmitted to connected cars and to pedestrians.

In addition to sending alerts to authorities through the cloud, future versions of the wrong-way-driver system could send alerts to other drivers’ dashboards, infotainment systems or directly to their mapping apps.

The company plans to continue the Auburn Hills pilot through the second quarter and is in talks with the transportation department to set up pilots statewide. Stone said his goal is to have the system market-ready next year.

Transportation departments in many states have been experimenting with variations of wrong-way-driving technologies.

For example, the Arizona Department of Transportation installed a $4 million camera-based system on a 15-mile stretch of a heavily used road in Phoenix in fall 2017 to reduce the risk from wrong-way-driving incidents.

The system, which is supplied by thermal camera company FLIR and others, has caught 110 wrong-way drivers, according to spokesman Steve Elliott. In all of 2016, the department reported three wrong-way-driving traffic stops on that stretch of Interstate 17.

The Nevada Department of Transportation logged 409 wrong-way crashes from Jan. 1, 2005, to Jan. 1, 2015, resulting in 75 deaths. The state piloted a wrong-way-driver alert system on freeway off-ramps that were under repair. It used radar and closed-circuit cameras to detect vehicles entering in the wrong direction, activating two sets of red flashing wrong-way signs on the ramp.

According to Lori Campbell, the department’s traffic safety engineering program manager, the state is considering new vendors for a new pilot program because of issues with image quality and false activations in the existing projects.

The Florida Department of Transportation has also been exploring systems over the past few years for warning wrong-way drivers.

Stone says his approach differs from some of the systems used by states by relying on automotive-grade radars, software and heat-mapping algorithms that boost confidence in the system’s detection abilities.

The system can also be more easily integrated into existing infrastructure, and is less costly and easier to maintain, Stone said.
Now it’s just a matter of showing more potential users how well the technology works.

“We have to get there before anybody is going to be comfortable with direct infrastructure-to-driver communication,” Stone said. “I think proving the efficiency and effectiveness of detection is really key.

“I just want the problem solved,” he added.