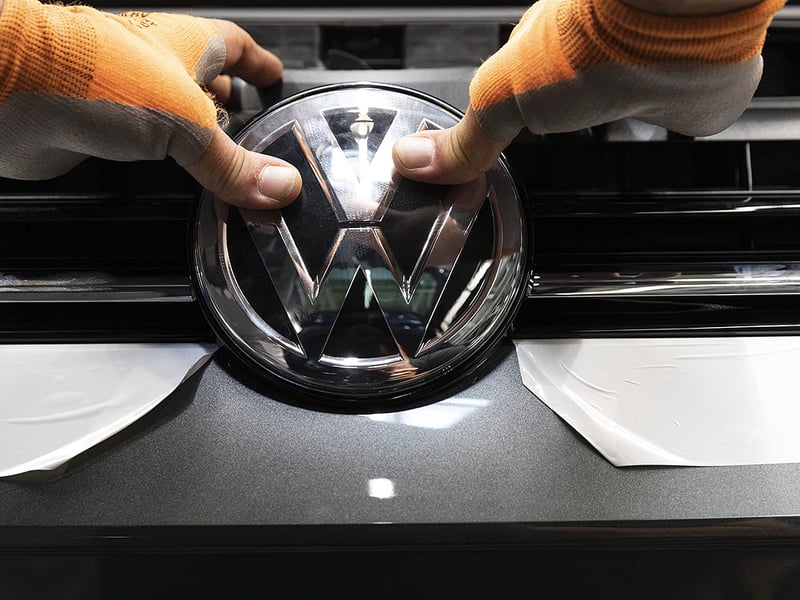 A trial set to begin Monday in San Francisco federal court will subject VW to fresh scrutiny and more negative publicity almost five years after it admitted that about 11 million of its diesel vehicles worldwide were outfitted with so-called defeat devices that gave false readings during emissions tests.

The case to go to trial could further sully the company’s reputation if jurors find that its conduct was egregious enough to warrant punitive damages — what Loyola Law School Professor Adam Zimmerman calls the “big-ticket item.”

“The fraud loss claims with the cars by the individual plaintiffs won’t be that much,” he said. “But whatever they are, they would be totally dwarfed by the punitive damages that are at stake.”

Well into the fifth year of the scandal, VW is still toiling on multiple fronts to cope with its outfall. It has grown into Volkswagen’s largest corporate crisis, costing the company more than $30 billion to date.

Lawsuits from disgruntled investors and consumers are set to drag on for years, even after costly settlements with U.S. and German authorities. VW’s two top leaders were also drawn in when German prosecutors in September charged CEO Herbert Diess and Chairman Hans Dieter Poetsch with market manipulation, arguing they were too slow to inform investors about the diesel findings. Both have denied the allegations.

The trial that starts Monday will focus on claims by 10 car owners and will serve as a bellwether for lawyers on both sides to gauge the strength of other cases.

VW won court approval in 2016 to spend as much as $10 billion to buy back cars from hundreds of thousands of U.S. owners and pay them an additional $5,000 to $10,000 in compensation. Of 4,500 customers who opted out of that settlement, about 350 are still suing VW, according to Robert J. Giuffra Jr., an attorney for the company.

“This trial is intended to serve as a guide to resolve the small number of similar cases that remain,” Volkswagen spokesman Mark Clothier said in an emailed statement.

VW won pretrial rulings on the evidence that will and won’t be included — which may give the carmaker an edge with the jury.

The company will be allowed to present details about fines paid, settlements and remedial measures it took to resolve disputes with regulators.

That will open the door for VW to argue that punitive damages to deter similar wrongdoing aren’t justified because the company already has paid more than $4.3 billion in criminal and civil penalties and fines for the conduct at the heart of the owners’ suit.

Attorneys for the car owners had argued that a “kitchen sink” of fines and penalties aren’t relevant because they were collected by the government, not to provide redress to defrauded consumers.

But Giuffra countered at a Feb. 6 hearing that plaintiffs wanted the trial to be in an “alternate universe” where VW can’t start over after paying numerous fines.

VW also persuaded U.S. District Judge Charles Breyer to block the car owners from calling Louis Freeh, the former FBI director, as an expert witness. Freeh said in a report that a $2.8 billion fine levied by the U.S. Justice Department on the company should have been somewhere between $34 billion and $68 billion.

Lauren Ungs, an attorney for the car owners, this week asked Breyer to step aside from the case, saying in a filing that his “words and actions display a deep-seated favoritism that would make fair judgment impossible.” VW called the request a “frivolous tactic” to delay the trial.

Breyer — who has been the lead judge on U.S. litigation over the diesel-cheating case since 2015 — denied the request Friday.