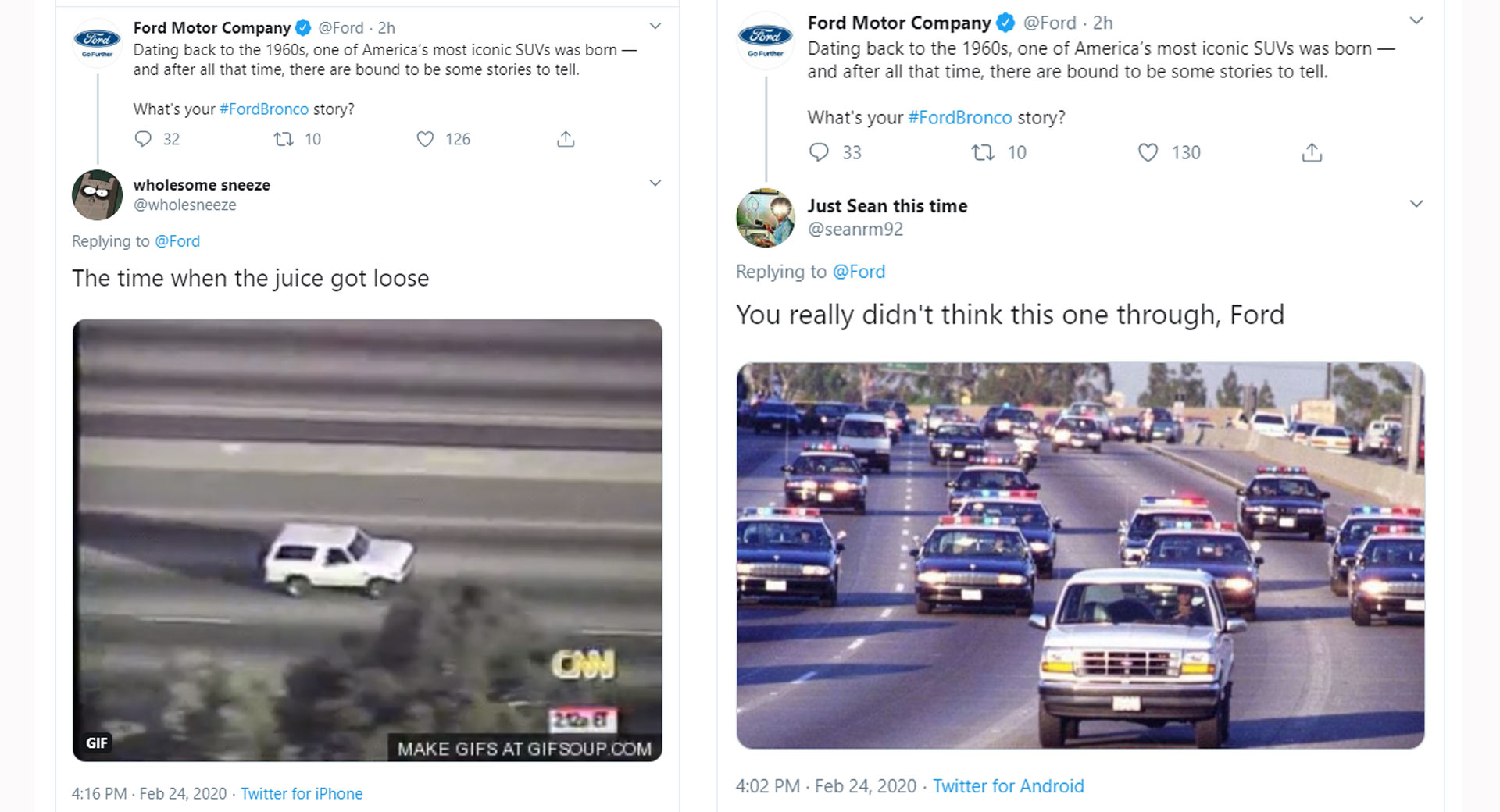 Ford is gearing up to introduce the Bronco next month and they’ve been promoting the model’s return on social media. While this isn’t too unusual, the response hasn’t exactly gone according to plan.

In a tweet earlier today, the company said “Dating back to the 1960s, one of America’s most iconic SUVs was born — and after all that time, there are bound to be some stories to tell. What’s your #FordBronco story?”

While the company was probably expecting users to post pictures of their old Broncos, many of the replies referred one particular Bronco – the one driven by O.J. Simpson during his infamous chase over 25 years ago. An estimated 95 million people watched it live and it was an iconic moment in the 1990’s.

People clearly haven’t forgotten as Ford was inundated with pictures and gifs of the chase. Among the responses were “The time when the juice got loose” and another simply stating “You really didn’t think this one through, Ford.”

Some users couldn’t resist the opportunity to mock Ford in other ways. In particular, one person noted their Bronco story was that it “wasn’t branded a Mustang.” That’s, of course, a reference to the Mustang Mach-E.

The time when the juice got loose pic.twitter.com/cQN10nztR4

Things might not have gone according to plan, but Ford did reward a number of legitimate posts. Some people were told to private message the automaker so they could be sent free swag including a t-shirt.

Previewed by the Bronco R prototype, the road-going model will feature a retro-inspired design with doors and a roof which can be removed. The SUV will also ride on the T6 architecture which underpins the Ranger.

You really didn’t think this one through, Ford pic.twitter.com/ph0tU8XiDh