Stop whatever it is that you’re doing right now because we have breaking news for all you Corvette fans and car lovers in general: the mid-engine Corvette C8 can perform some serious donuts.

You don’t have to take our word for it because there’s footage proving that the 2020 Corvette Stingray can be very tail happy when the driver wants that and knows how to do it.

The folks from TheStraightPipes got to drive the mid-engine Vette and had their video cameras running as a Corvette engineer demonstrated the C8’s naughty side, helped by a set of cold tires and a puddle. 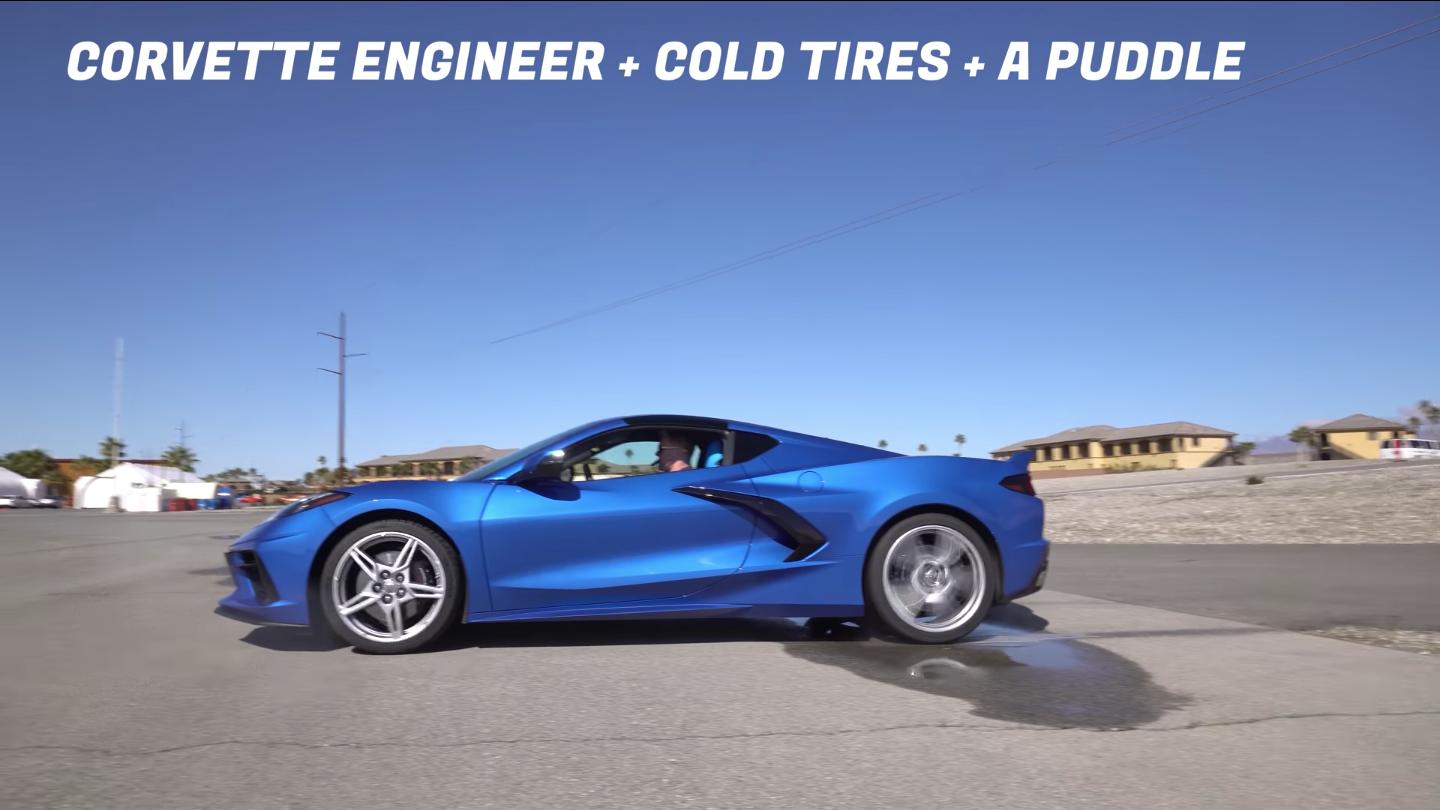 These are absolutely not the first donuts performed by a 2020 Corvette Stingray but they may be the first ones caught on camera. Mind you, doing burnouts in the Corvette C8 is not as easy as it was in the C7, given that the new model comes equipped exclusively with an eight-speed dual-clutch automatic transmission.

Still, there’s a procedure for this and it goes like this: with the car stopped and the foot on the brake pedal, you pull both paddles, rev the engine and then you let off the brake and the rear wheels start spinning. As the reviewers found out, with a bit of practice the new Vette can be tricked into drawing donuts on the asphalt – just make sure you never attempt to do something like this on public roads.

Obviously, there’s more to the review than the burnout session, but we’re glad that’s settled: the Corvette C8 can do donuts and it does them in style. Chances are die-hard Corvette fans who were skeptical about the mid-engine model will be less so after watching this.