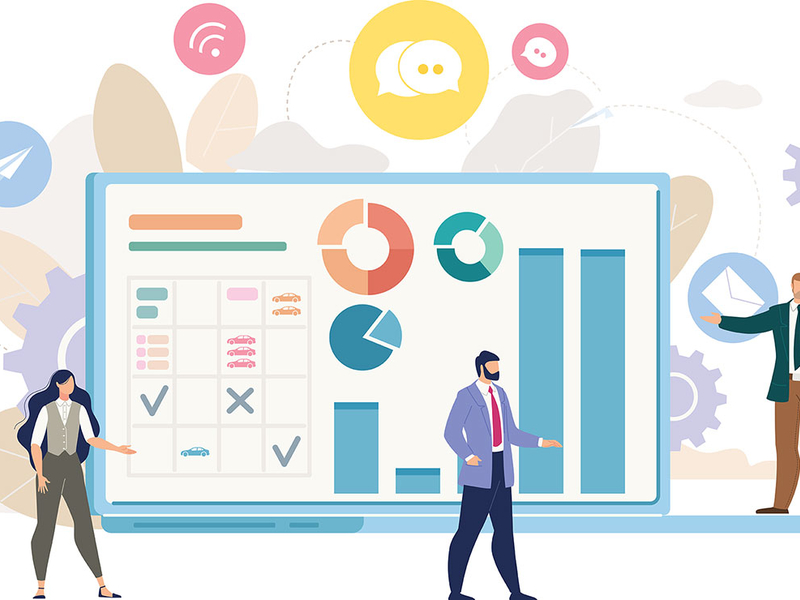 It never sleeps. It doesn’t need lunch. And it’s among the sharpest marketing tools in a dealer’s arsenal.

Armed with artificial intelligence, a dealership can laser in on the right consumers at the right time, based on how shoppers click — or don’t — and hit them with different kinds of crafted messages that are written, sent, responded to and tracked by computers and marketing software.

Marketing backed by AI can reach out with emails, on social media and via direct mail to activate previous buyers, fill dealership service bays and fire up new prospects.

Retailers find it cost-effective and profitable to use AI’s targeted marketing and massive number-crunching capability vs. grunt tactics, such as hiring more staff, or scattershot media, such as TV, print or paid search.

In a 2019 study by Cox Automotive, 68 percent of consumers indicated that they didn’t mind dealers using personalization technology “if it improves the overall vehicle-buying experience.”

“In fact, 76 percent of consumers expect their dealer to know something about them before they walk onto the showroom floor,” Cox said. Despite that, Cox also found that only half of dealers knew “a lot” about automation and AI.

Enter the third-party vendors. One on the leading edge of dealership AI is Outsell, a Minneapolis-based marketing firm. It doesn’t replace dealership staff but rather adds muscle to efforts by existing staff with personalized sales and service messaging. More than 1,500 dealers subscribe monthly to Outsell’s service.

“We work with the reps at the stores and in conjunction with their marketing efforts to pursue unsold leads,” said Valerie Vallancourt, Outsell’s vice president of marketing. “We then send [the dealers] the alerts directly. We engage with all their consumers through CRM and DMS (customer relationship management and dealership management system software). And that revitalizes those previous leads.”

Vallancourt describes the secret sauce as “AI-driven marketing software, like Amazon or Netflix.”

Not all dealers, however, are jumping in, she said. “People are resistant to change,” she said. “But there are innovators in this space. And those are the ones winning. For some dealers, it’s meant that after utilizing AI-driven marketing automation for three-plus years, each consumer in a dealer’s owner base can become over 65 percent more valuable, translating to greater than $1 million in gross profit annually.”

Vallancourt says her firm is in contact at least every month with dealer staff or the dealer group’s marketing department. The contact includes detailed reporting about consumers’ search journeys. At times, contact updates to the dealer can even be daily.

Another area leveraging AI is inventory marketing. Chicago-based LotLinx says its smart machines can greatly improve a store’s financial health. They do it by drilling down to the VIN level and matching specific vehicles to the marketing channel that’s getting the best prices and selling that model the fastest.

Dealers find that LotLinx input allows them to price much more accurately for traffic and profit. The retailer determines when a vehicle will sell and at what price based on clicks on its vehicle detail page.

LotLinx is a VIN-specific, omnichannel distribution system. AI analyzes the dealer inventory from 32,000 stores for the company’s roughly 3,000 subscribers. LotLinx uses AI to do “deep learning” on all that inventory. That AI-based review helps sharply tune ad campaigns.

“We use machine learning to recognize patterns that signal to the machine when a user is at the key decision-making point,” says a statement on the LotLinx website from CEO Len Short.

Based on proprietary algorithms, LotLinx determines which of the major channels on which to advertise, based on having the most qualified vehicle-specific consumers for the lowest cost. Those channels may include third-party inventory listing sites, consumer sites, or Facebook, for instance. They could also include the use of search engine marketing or retargeting of ads that were directed to previous website visitors but did not convert into a sale.

LotLinx says its approach enables dealers to measure their ability to sell well and quickly against hard, well-understood metrics such as inventory turn and gross margins.

“We really make those channels compete for a dealer’s budget,” said Lance Schafer, general manager of product and technology for LotLinx.

“If a dealer has a used 2018 Ford F-150 in this market, our AI says these are the four best publications or subchannels we should send it to, based on predicted shopper intensity for that vehicle. We start by looking at the vehicle. The machine then decides where that specific model should be advertised. That targeting is the magic.”