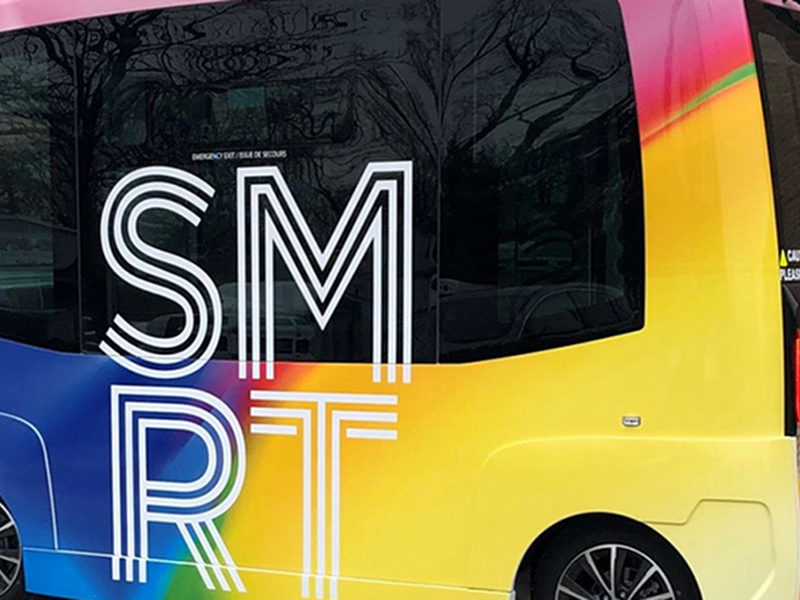 A passenger falling aboard a self-driving shuttle as part of a pilot program in Columbus has put the project on hold less than three weeks after it began.

The daily shuttle service in the Linden neighborhood in Columbus, Ohio, was halted after one of the pilot’s vehicles from French manufacturer EasyMile made a sudden stop around noon Thursday, Feb. 20. One passenger fell from her seat to the floor of the shuttle as a result.

NHTSA on Tuesday ordered a suspension of passenger operations for 16 autonomous shuttles operated by EasyMile in 10 U.S. states including Utah, Texas, Colorado, New Jersey, Florida, Ohio, California and Virginia pending an examination of “safety issues related to both vehicle technology and operations.”

The safety agency said it “will continue to work with all affected parties, including EasyMile and local authorities, to evaluate potential future vehicle operations, consistent with applicable legal requirements and public safety.”

EasyMile said the suspension followed an incident in which a passenger fell from a seat in Columbus, Ohio last week while the shuttle was driving 7 miles per hour ”and made an emergency stop as it is programmed to do for safety.”

The company said the vehicles were still allowed on U.S. roads, but cannot carry passengers, while NHTSA is performing its review. That was “a clear indication it considers them safe for other road users,” the company said, adding it was “running test loops on the ground for further analysis.”

The Columbus shuttle — coined the LEAP, or Linden Empowers All People — is a program of Smart Columbus, the city’s smart mobility initiative.

According to local reports, the passenger requested medical attention after the fall, and medics took her to Ohio State University Hospital East with minor injuries. No further details about the injuries the woman sustained have been released.

The shuttle service was first approved by the Columbus City Council in May 2019 as part of a $1.1 million contract with EasyMile.

The service started this month and was expected to run through February 2021. A human operator was slated to accompany each ride. The pilot tracked a 2.9-mile route with four stops. The shuttles can go up to 25 mph.

EasyMile also works with supplier Continental and others.

According to local reports, Smart Columbus notified the U.S. Transportation Department and NHTSA about the incident, and EasyMile was expected to investigate this week.

In July, several news outlets in Utah reported a 76-year-old state employee was injured and required medical assistance at a local hospital when the EasyMile shuttle he was in came to an abrupt stop.

A Utah official told the Deseret News the maximum speed was reduced after the incident and the company told media outlets it added signs to tell riders the vehicle makes sudden stops. The company told the newspaper “the vehicle stopped abruptly in response to a detected obstacle, as it is programmed to do.”

The news is the latest in mobility fumbles across the country, as micromobility offerings such as e-scooters and more are struggling to gain traction in the industry.