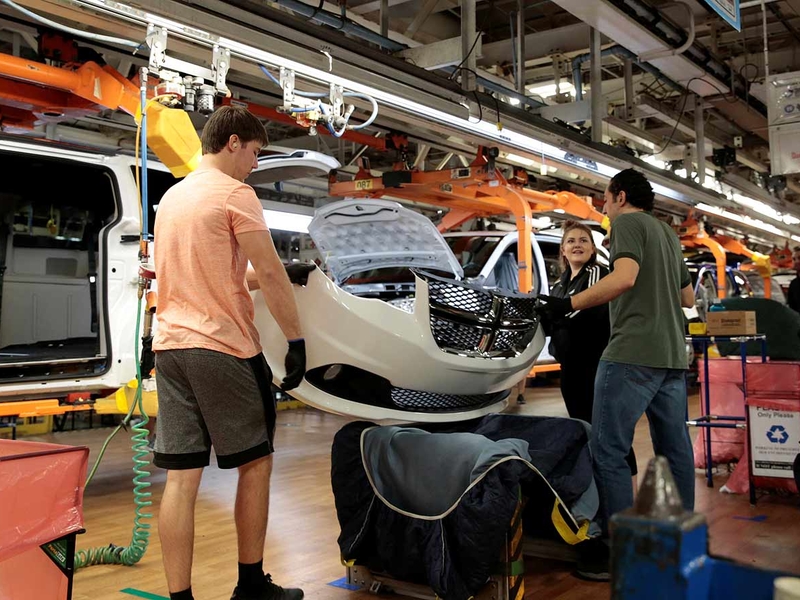 Fiat Chrysler Automobiles said its Windsor Assembly Plant in Ontario is returning to a two-shift operation in June, a move that will result in approximately 1,500 layoffs at the longtime minivan factory.

The company informed Unifor, which represents hourly workers at the plant, of the decision Thursday. The plant, which had been operating on three shifts, will begin a “traditional two-shift operation” on June 29.

FCA said it’s working to align volume with demand as it phases out production of the Dodge Grand Caravan at the end of May. The Chrysler Pacifica and Voyager also are built at the plant, which began building minivans in 1983.

FCA said in the summer of 2018 it would end the third shift but since that announcement has extended the shift’s end date several times. In November 2019, the company said it would operate the third shift until the end of the first quarter in 2020.

The Grand Caravan was the top-selling minivan in the U.S. last year, though deliveries fell 19 percent to 122,648. The Pacifica finished third among minivans with 97,705 deliveries in 2019, down 17 percent.

FCA said it “will make every effort to place indefinitely laid off hourly employees in open full-time positions as they become available based on seniority and will offer retirement packages to eligible employees.”

Local 444 President Dave Cassidy said he and other officials were told on Wednesday night to meet with FCA in Auburn Hills on Thursday. He said he met with FCA CEO Mike Manley and the automaker’s head of HR and head of manufacturing, who together delivered the news.

“We will not stop We are going to do every damn thing we can to get everyone back to work!” Cassidy posted with the video on Facebook.

“Obviously our feeder plants can be negatively affected,” he said during the news conference.