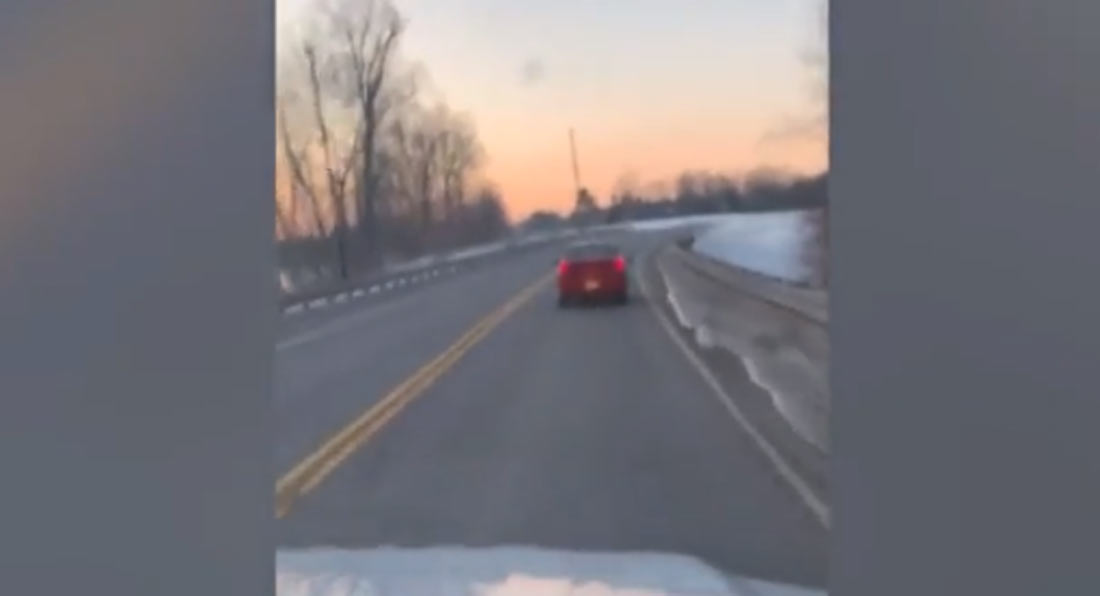 
A frustrated ambulance crew in Maine recently took to social media to share a video of a driver refusing to move over for the emergency responders.

WCVB 5 reports that paramedic Michael Blakemore and his crew were heading to an emergency when they came up behind a red car on Route 136 in Auburn. They say the car failed to pull over for several miles, despite the law clearly stating that drivers must pull to the right and allow emergency and first responder vehicles to pass.

Speaking to local media, Blakemore says he routinely sees motorists failing to move over for ambulances. He added that some drivers simply don’t know what to do when paramedics are approaching.

Blakemore added that in this particular case, getting stuck behind the red car added 5 minutes to their response time, an age where seconds can mean the difference between life and death.

Local ambulance crews say they are taking down license plate numbers of cars that don’t move over and passing them to police. A first-time offense of the move-over law in Maine can cost a motorist $250.

WATCH: Despite the blaring sirens, this red car in Auburn isn’t pulling over for an ambulance. Paramedic Michael Blakemore captured the incident on his cell phone and says people not pulling over happens almost every call. His message tonight at 11 @newscentermaine pic.twitter.com/IyNFNUNuWy