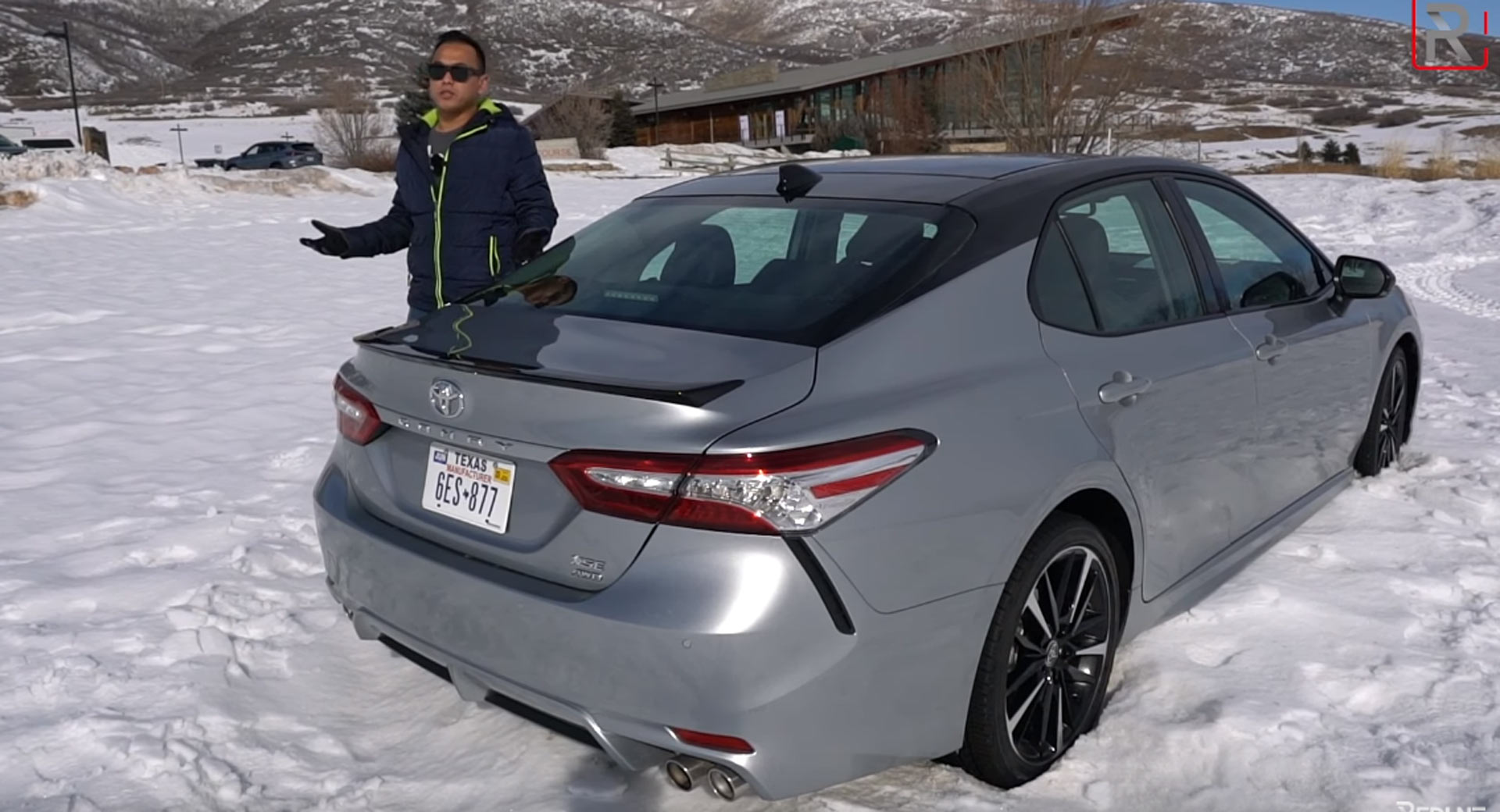 Toyota recently launched a number of all-wheel drive Camry and Avalon models in the U.S. market and Redline Reviews had the opportunity to test out the two on a prepped snow course and on the road.

Used by all available all-wheel drive Camry and Avalon models is the same Dynamic Torque Control AWD system as the Toyota RAV4. This system is able to send up to 50 per cent of torque to the rear axle when the front wheels are struggling for grip and for improved fuel economy, can disengage the rear axle and send power exclusively through the front wheels.

The exact model featured throughout much of this test was the Camry XSE AWD. Like all others, it features a 2.5-liter four-cylinder engine that’s coupled with an eight-speed automatic transmission to deliver 202 hp. However, the Camry XSE and Avalon AWD models also feature a quad-exhaust system that adds an extra 3 hp, bringing it up to 205 hp – whoopee!

While it would have been nice for Toyota to also offer the Camry and Avalon with all-wheel drive and a six-cylinder engine, the Japanese marque has indicated that the four-cylinder option made more sense. In particular, it says fuel consumption was a factor it considered. All-wheel drive Camry models have an EPA-estimated 25/34/29 mpg city/highway/combined. The combined figure falls to 28 mpg in XLE and XSE grades.

According to the reviewer, the all-wheel drive Camry is surprisingly fun to drive on the snow.

With the ongoing crossover and SUV craze showing no signs of abating, it’s only fitting that the Camry and Avalon are now more versatile thanks to the RAV4’s all-wheel drive system. Will they prove a sales success? We’ll have to wait and see.