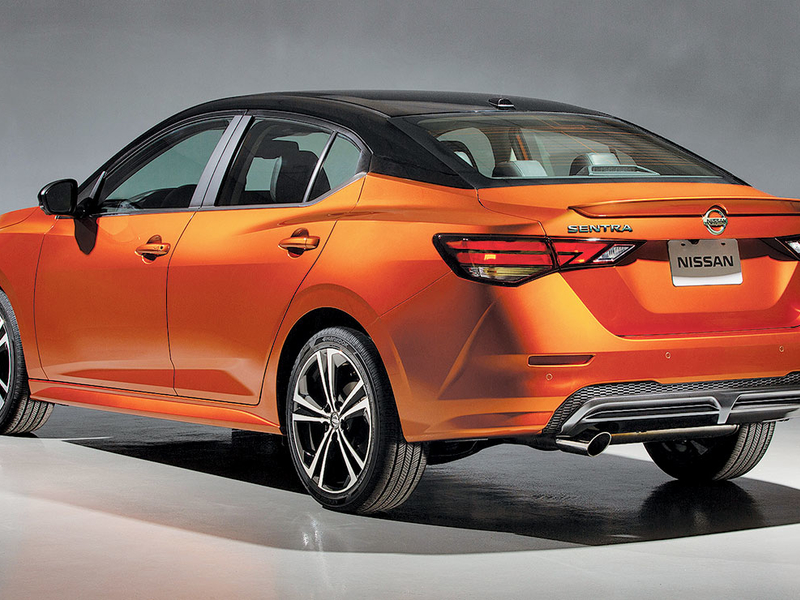 Nissan is taking a big step forward in its plan to steer away from rental fleet volume in favor of more profit-focused retail sales.

The redesigned Sentra, which began arriving in showrooms in late January, will not be sold to rental fleets during its first model year, 2020, which ends in late summer, Nissan has informed its dealers.

The company is not saying the new-generation Sentra will stay out of the fleet market forever. But even when fleet customers do get a crack at the car, it will not be as heavily fleeted as in the past, brand manager Rob Warren told Automotive News.

Last year, about a third of the Sentra’s U.S. sales went to fleets. The new plan illustrates Nissan’s resolve to improve its U.S. retail trade through a long-term strategy that has been coming to light in recent months.

“As we are moving into a new direction with the company, we are making sure that we have a healthy balance of fleet with retail,” Warren said.

Nissan’s Sentra strategy could also be applied to future model launches. Nissan is undergoing a sizable product makeover. About 70 percent of its portfolio will have been updated by mid-2021.

“Our general approach is still to reduce our overall penetration of fleet sales in the lineup as we introduce these new models,” a Nissan spokesman said.

The strategy shift will not be without challenges. Nissan’s pivot to retail is taking place as the U.S. market drifts away from sedans in favor of crossovers and SUVs.

Compact sedan sales fell 15 percent last year, compared with a 2.4 percent increase in crossover and SUV sales, according to the Automotive News Data Center. Sentra sales tumbled 13 percent to 184,618 last year as the model prepared for a changeover.

“Combined with the lack of fleet sales, the 2020 Sentra may not be able to match the prior generation’s volumes,” said Ed Kim, an analyst with AutoPacific.

But Nissan believes its decision to move away from fleet will not affect Sentra production volume in North America because the vehicle is sold globally. The car is manufactured in Mexico.

“Just because we might fluctuate between retail and fleet balance here in the U.S., it doesn’t necessarily mean that that production volume all has to go to retail,” Warren said. “We manage this car on a global basis.”

Nissan’s move also reflects confidence that the redesigned vehicle will be more appealing to retail customers.

With the anticipated retail demand, “we wanted to make sure we had the right supply from a dealer perspective,” Warren said.

“The redesign is very strong for the Sentra. It added a huge amount of content,” said Cari Crane, ALG’s director of industry insights. “Some of the content is safety-related, which we highly value on the used market.”

Nissan’s optimism for the Sentra is showing some signs of resonating with customers on dealership lots. The average time to turn the 2020 Sentra — from wholesale to retail — is about a week, Warren reported.

The Sentra redesign comes with an amped-up powertrain and technology improvements. Nissan, meanwhile, held the price increase to 3 percent.

The eighth-generation Sentra rides on a new platform and is powered by a 2.0-liter, four-cylinder engine that delivers 149 hp, up 20 percent from the last generation’s 1.8-liter engine. To appeal to the tech-forward youth market, Nissan loaded the Sentra with safety and connectivity bells and whistles once reserved for premium sedans.

The 2020 Sentra is a “compact sedan one might actually want to own rather than ‘settle for’ simply due to price and value,” AutoPacific’s Kim said.