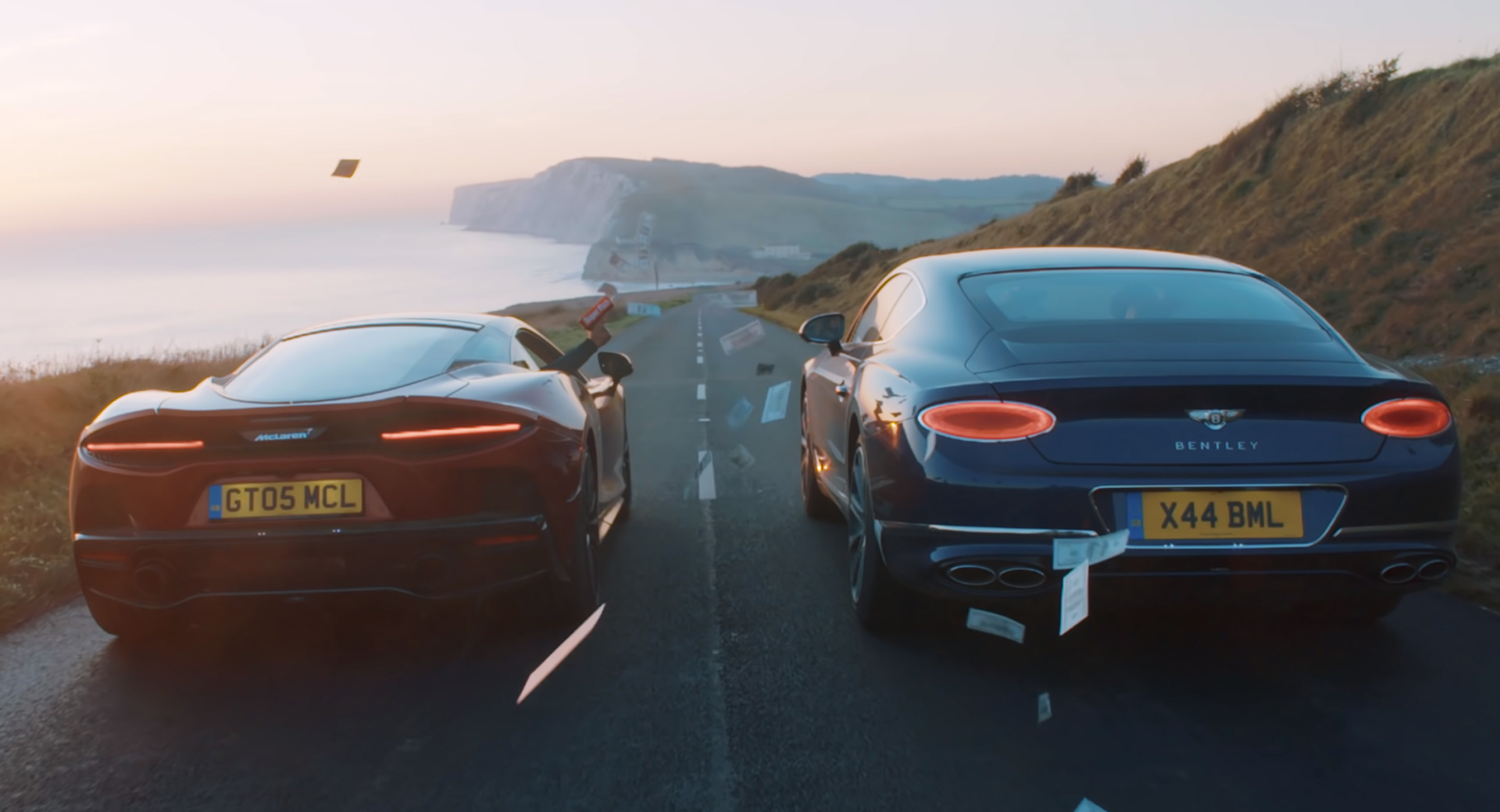 McLaren’s decision to make a Grand Tourer dubbed the ‘GT’ came as quite a surprise as it opted against launching a model the traditional sort and instead made one more reflective of a supercar with a handful of added luxuries and increased practicality.

In order for McLaren’s latest creation to be really considered a proper GT, however, it needs to be able to compete with the king of the segment, the Bentley Continental GT V8. Rory Reid from AutoTrader recently pitted the two against each other to see which is the better all-rounder.

Both the McLaren GT and Continental GT V8 feature 4.0-liter twin-turbocharged V8 engines but the McLaren’s is good for 611 hp and 465 lb-ft (630 Nm) of torque while the Bentley is rated at 542 hp and 568 lb-ft (770 Nm) of torque. The McLaren has the horsepower advantage but the Bentley has significantly more torque and produces its torque far lower down in the rev range.

Watch Also: Jay Leno Gets A Tour, And A Drive, Of The 2020 Bentley Continental GT V8

As Reid notes, the power delivery of the Bentley means that on country roads, it actually feels faster than the McLaren because you don’t need to rev out the engine to make the most of the available grunt. In addition, the Conti sends its power to the pavement through all four wheels whereas the McLaren is rear-wheel drive and can struggle for traction in certain conditions.

Making a good GT involves far more than power and torque, however, and of perhaps even more importance is how comfortable the cars are to drive. Which will Reid prefer?