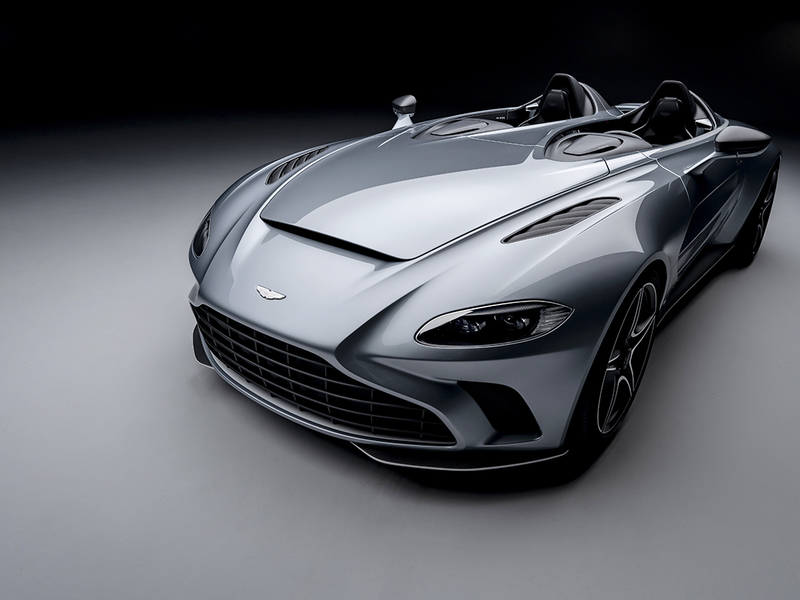 Aston Martin has joined the recent parade of roofless vehicles from ultraluxury and exotic brands with the V12 Speedster.

The British brand called the V12 Speedster a “living show car” and design elements peppered throughout the exterior and interior help it look the part.

For example, in addition to not having a windshield, a narrow bar begins at the dash and runs between the shoulders of the two seats and above the center armrest, giving the model a unique, dual cockpit look.

It rides on its own platform, Aston Martin noted, and the body is largely built of carbon fiber.

The front and rear of the vehicle share similar design elements with other models in the lineup, including the Vantage sports car and the upcoming DBX SUV.

Originally set to be unveiled at the Geneva auto show, the V12 Speedster is to debut via a streamed press conference at the brand’s headquarters.

Aston Martin said it will build 88 units. Pricing starts at $950,000, not including shipping. Deliveries will start in the first quarter of 2021.

When it arrives, the V12 Speedster will enter a group of similar roadsters from other ultraluxury and exotic automakers.

In 2018, Ferrari unveiled the Monza SP1 and SP2 with a combined run of 499 units. Last year, McLaren introduced the Elva, which has a run of 249 units, down from 399 when it was first shown. And on Tuesday, Bentley unveiled the Bacalar, of which it plans to build 12 units.