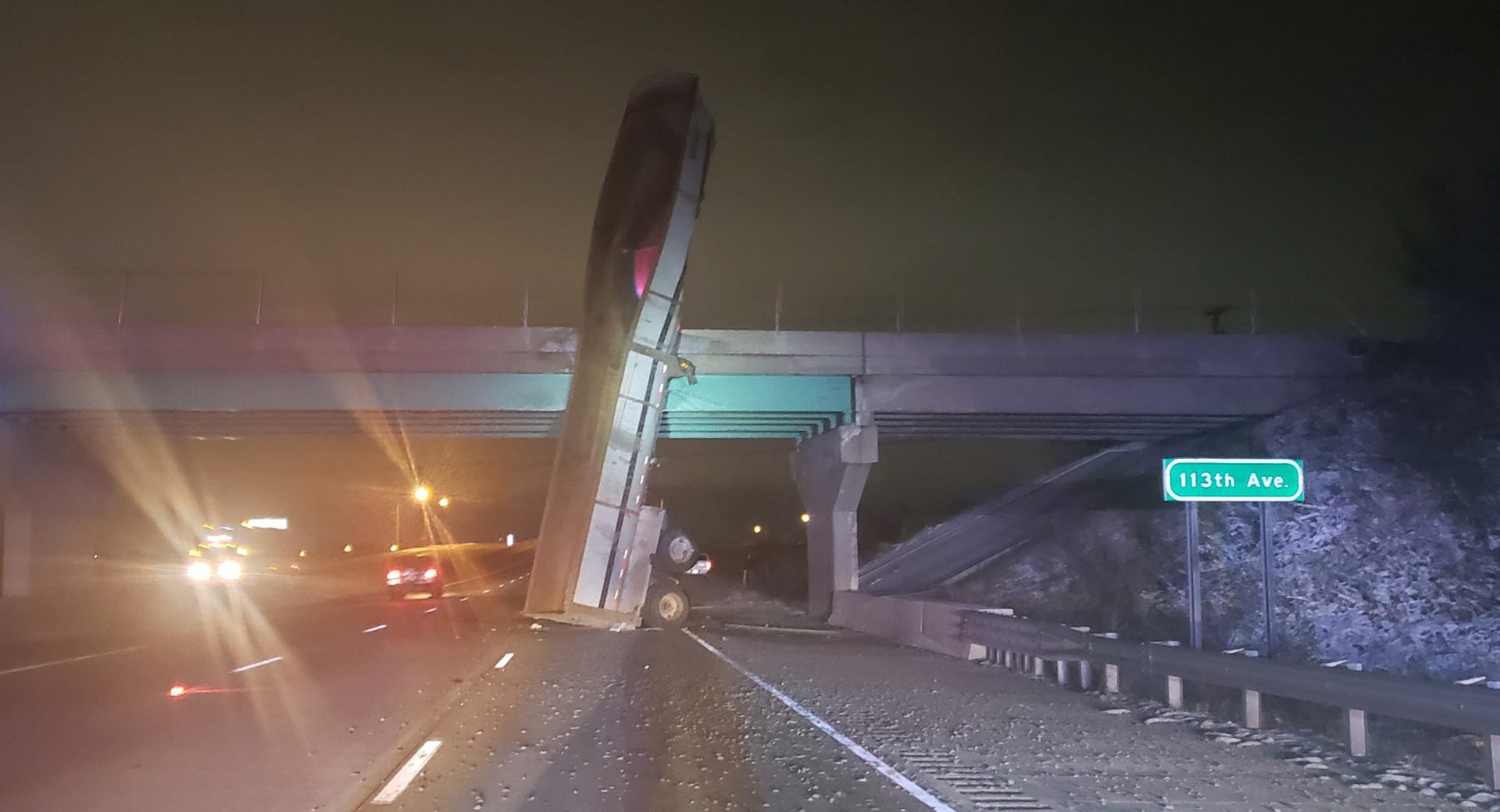 A truck hauling a massive dump trailer was involved in a bizarre accident on Wednesday night, February 26, after hitting a freeway overpass in northwest Indiana.

Autoblog reports the crash happened on northbound Interstate 65 in Crown Point when the truck hit the overpass and when authorities arrived on the scene, the bump trailer was somehow resting upright, making for a really strange sight.

It remains unclear how exactly the trailer ended up in such a precarious position.

Fortunately, the Indiana State Police have confirmed that no one was injured in the crash and that it didn’t take long for authorities to reopen two lanes of traffic on the freeway. The bridge impacted was examined and deemed to be okay.

It’s not uncommon for trucks to hit overpasses. In fact, it seems as though we write about such incidents every other week.

There is a particularly infamous bridge in Durham, North Carolina that has claimed dozens of trucks in recent years, leading to the creation of a website dubbed 11foot8 dedicated to such crashes. Heck, there’s even a Wikipedia page dedicated to this bridge, officially known as the Norfolk Southern-Gregson Street Overpass.

A nearby office worker set up cameras in 2008 to track collisions with the bridge and from April 2008 to October 2019, no less than 145 collisions have been recorded. In October last year, the North Carolina Railroad Company raised the bridge by 8-inches to reduce the number of incidents.