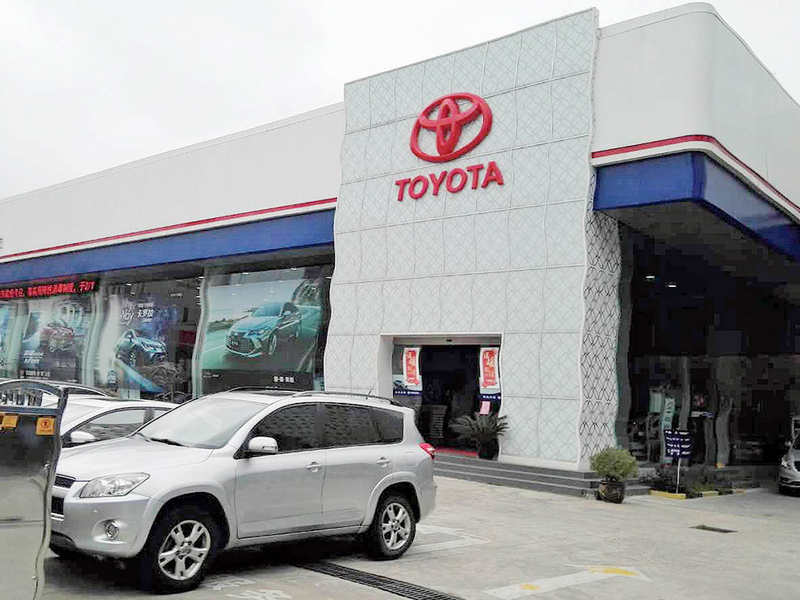 SHANGHAI — Here in China’s biggest city, spring has arrived and the weather is getting warm. But the chill of the coronavirus epidemic is still wreaking havoc with the city’s car dealerships.

While automakers around the world worry about factory production and the supply line of Chinese parts, China’s retail market — the world’s biggest — has fallen catastrophically. New-vehicle sales for the first two weeks of February were down 92 percent as citizens were instructed to stay home. Many continue to stay home, or at least stay out of dealerships.

A visitor stepping into the Volkswagen dealership on Wuzhong Road in southwest Shanghai last week might have thought he had mistakenly walked into a clinic.

The scene: Everybody was wearing face masks. A desk was set up at the gate where visitors are required to fill out a form with their contact details. All customers must have their temperature taken before being allowed into the store.

“Inventories are plenty,” Wang Yihao, a salesman at the store assured Automotive News. “So there will be no waiting period after a customer places an order.”

The same customer procedures, mandated by the Shanghai municipal government for retail businesses in an effort to prevent the spread of the virus, were in force at a Toyota dealership across the road.

But both dealerships had something even more daunting in common: They had no customers. None in their showrooms, none in their service areas.

That is the headache auto retailers face across China. After an extended Chinese New Year holiday that ended Feb. 9, the number of reopened dealerships has gradually grown. But as of Wednesday, Feb. 26, only half of the nation’s franchised dealerships had reopened, according to a survey being conducted daily — like an industry temperature reading — by the China Automobiles Dealers Association.

That level is a step forward from two weeks earlier, when 80 percent of dealerships remained closed. But new-car sales and service have failed to catch up as consumers still dare not go shopping for fear of catching the coronavirus.

Even for stores that have reopened, the situation is bad. On Feb. 26, the average volume of new cars sold was only about 17 percent of the level they achieved the same time last year. And the average revenue generated by their parts and services were just 20 percent of the figure a year earlier.

These dealers might consider themselves lucky. Half of the nation’s dealerships remained closed last week for reasons including the lack of local government approval to reopen, shortages of protective supplies such as face masks for employees and labor shortages because of government travel restrictions.

More than a fifth of stores said last week that they will remain closed because they estimate the revenue they might generate under current conditions would not be enough to cover the costs of being open.

Independent dealerships, which are not counted in the association’s surveys, are facing an even harder time. They not only lack the support of auto manufacturers, but they also have a harder time getting government approval to reopen.

One independent store on Hongcao Road, southwest of the VW dealership on Wuzhong Road, has been closed since the New Year holiday, along with a row of restaurants along the road.

Auto dealers might be considering taking to the Internet to market cars to make up for their loss of in-store traffic. But Chinese consumers are not interested in online auto buying. A survey last month by the auto website of Chinese Internet giant Tencent Technology found that only 4.8 percent of car shoppers would be willing to buy cars online without visiting a dealership.

The slow return of sales is helping dealers. But the national association expects retail car sales will still be down 75 percent for February. That could create a new wrinkle for China’s auto manufacturers.

Although 60 percent of automakers and suppliers had restarted some factory operations by Feb. 18, according to a poll by the China Machinery Industry Federation, without fully functioning distribution networks, these companies will have to slow production pace back down to avoid bloated inventories.