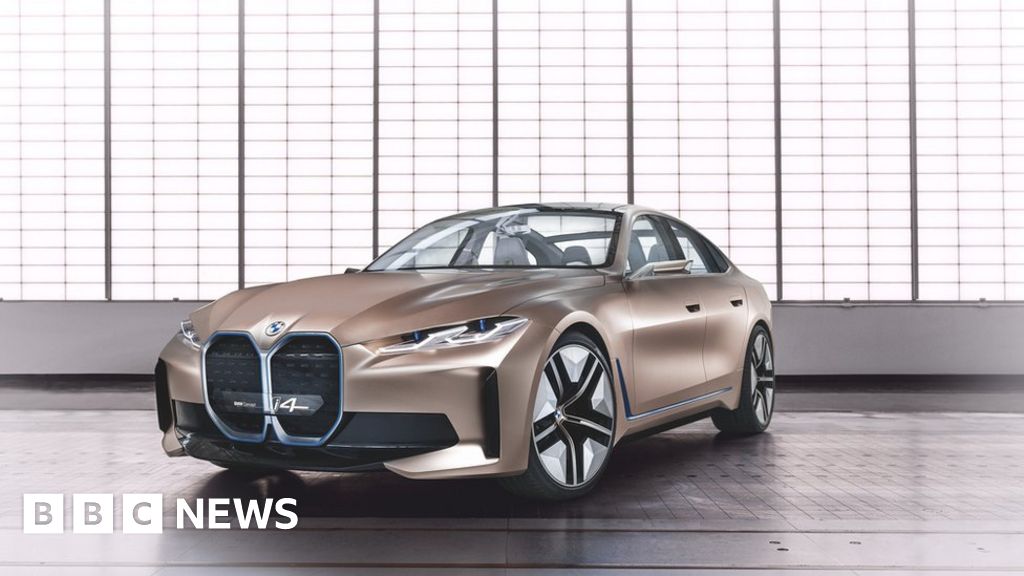 Several major car brands have launched new models exclusively online after the Geneva Motor Show was cancelled due to the coronavirus.

If the unveilings are seen as being successful it could mark a shift away from big industry events.

Audi, BMW and Mercedes-Benz have live-streamed new models on their own channels as an alternative to the show.

Car makers have been hit hard as the virus has affected supply chains and consumer demand.

BMW was one of the major brands that had planned to launch new models at the Geneva Motor Show, which was due to open to the public today. It is one of the most important events in the global car industry’s calendar.

Instead, the German luxury car maker held a “digital press conference” to unveil its i4 electric concept car, while Mercedes-Benz announced its new E-Class in a similar way on Tuesday.

The motor show was cancelled last Friday after the Swiss government banned gatherings of 1,000 people or more due to concerns over the coronavirus. It’s the first time that the show has been called off since the World War Two.

“The entire automotive industry is undergoing a transformation, especially with regard to digitalisation. Of course, this also includes the way we present our products in the future,” said Mercedes-Benz spokeswoman Katja Rechtsteiner. But she added: “We ask ourselves the question: what is the best platform for our various topics? May it be digital or physical – we will therefore not opt for one or the other option in the future”.

Audi also unveiled its new A3 Sportback over the internet, again due to the cancellation of the Geneva show.

“There is no question that the virus will accelerate the already strong movement away from traditional car shows,” according to Michael Dunne, chief executive of auto consultancy ZoZo Go.

“Consumers can gather tremendous information about products via the internet – and they do, especially the younger generation,” he added.

‘The show must go on’

McLaren introduced its new super car, the 765LT, on Tuesday from its headquarters in Woking, UK. Dubbed the “McLaren Motor Show 2020”, its chief executive Mike Flewitt said: “We are sorry not to be in Geneva due to the concerns raised by the coronavirus and we do need to be respectful of the situation. But the upside is we are here coming from the McLaren Technology Centre and the home of McLaren.”

While he fully supported the decision to cancel the show, Mr Flewitt added: “We also have a business to run and have responsibilities to our customers, our suppliers and our employees. As they say, the show must go on.”

McLaren said the event was “a phenomenal success with a huge global audience watching the live broadcast” but not to write off motor shows. “While this is an exciting format we will continue to explore further, motor shows remain an effective platform for engaging both with media and our customers,” a McLaren spokesman said.

Geneva Motor Show managing director Olivier Rihs said the online launches from the likes of BMW, Mercedes-Benz and Audi “is a big challenge for us and we need to be more digital”. The motor show’s own website live-streamed 20 new car presentations this week, as it looks to become more digital-focused.

But Mr Rihs believes the online launches don’t herald the end of motor shows. “People still want the emotion. To see the car, to feel it, to exchange comments with others. We provide that experience. It’s like watching a football match without the fans.”

The annual showcase, which is one of the biggest events in the motor industry calendar, was due to host some 150 exhibitors and 90 global or European car premieres. The event attracted about 600,000 visitors last year.

2023 Honda HR-V
Ferrari declines to give full control of its supercars to the computer
These new electric motorcycles are headed for Chinese police use, and then potentially the public
GM launches feature to simplify public charging
Elon Musk says Tesla Cybertruck design is officially finalized