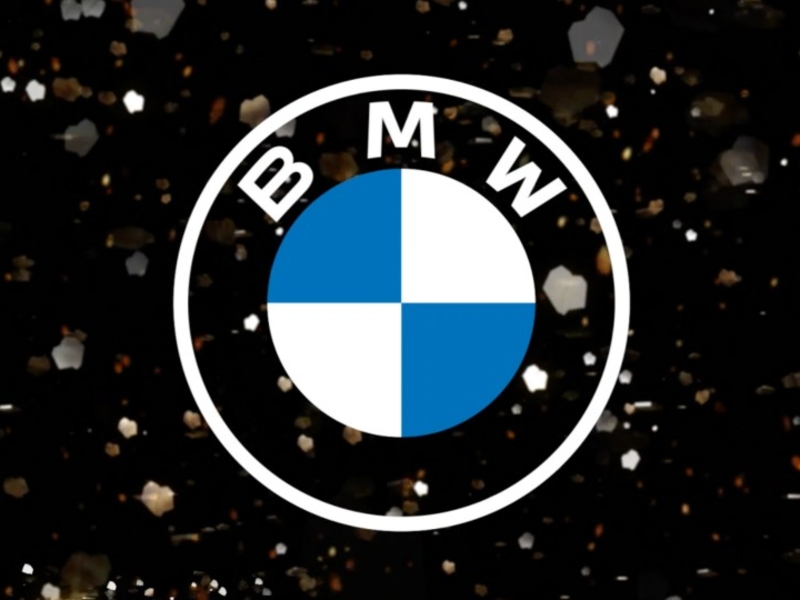 BMW has updated its logo for the first time in 23 years, but the automaker is stopping short of making the change on its vehicles, it said in a statement.

The update, which began rolling out this week, is for “online and offline communication purposes,” the brand said, positioning its new look as “better-suited to the digital age.”

The biggest change is that the thick outer ring in the circular logo went from a solid black to transparent. So whatever color the logo is set against will appear in that portion.

The design was also made simpler and flatter, a change from the slightly rounded look of the old logo, which made it look more three-dimensional.

The automaker follows other brands, such as Volkswagen, that have gone to a flatter look for digital media reasons.

“BMW is becoming a relationship brand. The new communication logo stands for openness and clarity,” Jens Thiemer, BMW’s head of brand management, said. The update is “geared to the challenges and opportunities of digitalization for brands,” he said.

“With visual restraint and graphic flexibility, we are equipping ourselves for the vast variety of touch points in communication at which BMW will be present, online and offline, in the future.”

It marks only the sixth time the logo has changed since 1917, when the brand was created from the renaming of Munich-based aircraft engine manufacturer Rapp Motorenwerke, according to a history of the logo posted at BMW.com. BMW stands for Bayerische Motoren Werke, or Bavarian Motor Works.

The new logo keeps the checkered blue-and-white pattern at its center. Blue and white are the colors of the brand’s home state of Bavaria in Germany. For years people interpreted the logo as a spinning propellor because that is how it was portrayed in a 1929 ad, the BMW website points out. But that interpretation is a myth, according to the site.

Design experts are picking apart every little detail of the new look, as is often the case when brands change their logos.

Armit Vit, editor of a site called Brand New, which reviews corporate redesigns, is not a fan. In a post, he bemoaned the loss of the black background, “which I feel is what made the BMW so iconic and elegant, adding a rich contrast to the white and blue. Without the black and the concept of transparency for the new logo, it literally looks like something is missing.”

The Verge liked the “flatter design that ditches the very dated 3D effects.” But the site, which covers technology, science, art, and culture, disliked the transparent effect, saying it looks “like someone on the creative team got sloppy and accidentally deleted the background on the Photoshop file before they exported it.”

But the website Creative Bloq, which covers art design and inspiration, was more positive, saying, “We’re fans of the newly clear design. Its simplicity suggests it has been refreshed with digital in mind, but it also acknowledges the logo’s 103-year heritage–a solid example of both classic and modern logo design.”