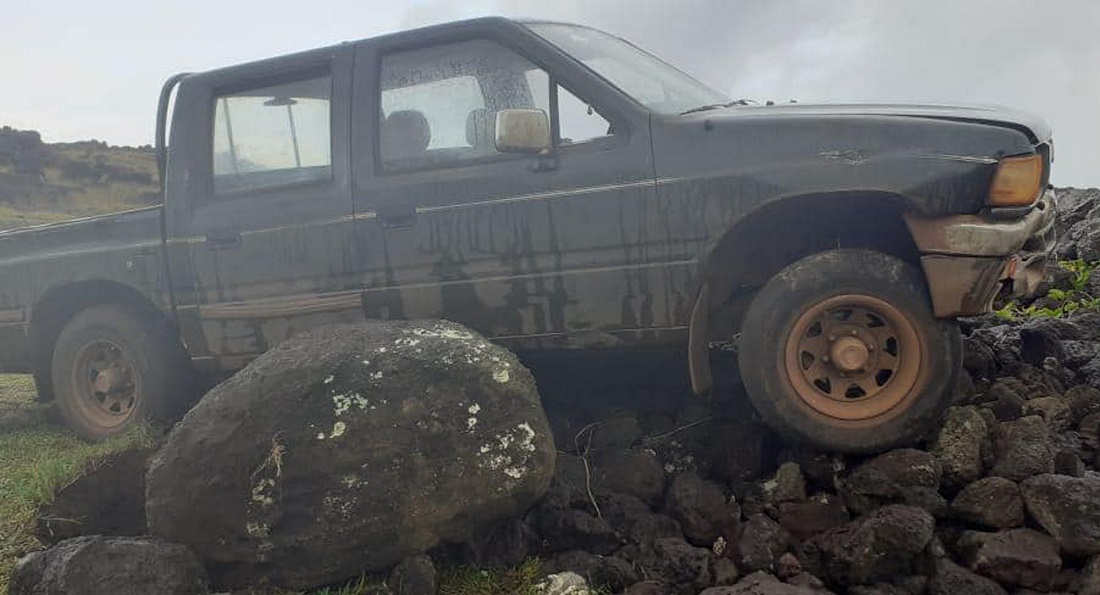 
The moai statues on Easter Island are world renowned, but one of them has suffered “incalculable” damage after being struck by a truck.

Details are limited, but The Guardian says the island’s mayor told a Chilean newspaper that the brakes on a Chevrolet pickup apparently failed.

Judging by pictures of the accident, it appears the driver of the truck was unable to stop and left the roadway. The pickup then continued down a hill where it struck the statue. This likely prevented the truck from ending up in the ocean, but BBC says it seriously damaged the statue and “destroyed” the platform it was sitting on.

While the crash appears to have been accidental, the driver was reportedly arrested for damaging a national monument.

Unsurprisingly, locals are upset about the crash and the Ma’u Henua Indigenous Community’s Facebook page reiterated the “importance of taking care of the heritage” … “because they [the moai] are not only archaeological remains, they are sacred elements for a living culture and fundamental in our Rapa Nui worldview.”

In an effort to protect the statues from future accidents, the island’s mayor has reportedly called for vehicle restrictions near archaeological sites. He added there have been discussions about this in the past, but action wasn’t taken so this accident is the result.

According to Wikipedia, the moai statues were carved by the Rapa Nui between 1250 and 1500 AD. They created nearly 1,000 statues and a number of them are still standing centuries later.