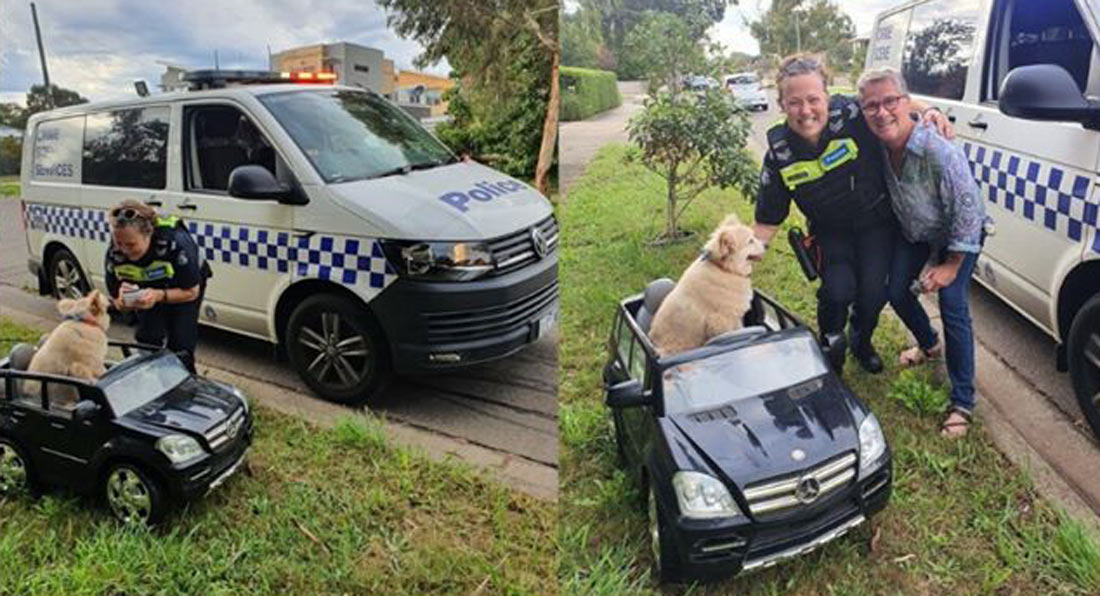 
Police in the suburb of West Heidelberg in Victoria, Australia made a rather unusual traffic stop late last month after spotting a dog driving an electric Mercedes-Benz toy car (or rather SUV) along the sidewalk.

According to the Herald Sun, leading senior constable Lynda Giblett spotted the fluffy pooch behind the wheel of the Mercedes and just had to investigate.

Upon pulling over, Giblett discovered that Buddy the dog was simply a passenger behind the wheel of the large Mercedes remote control car ordinarily used by young children. Controlling the car from a few meters behind was Buddy’s owner Terri.

Buddy is 107 years old in dog years and both deaf and blind. He joyrides in the SUV whenever he needs to get some fresh air.

“We couldn’t believe our eyes. Of course, we had to stop and check it out,” Giblett said after the bizarre traffic stop. “It absolutely made our day.”

Despite not having a driver’s license, Buddy wasn’t charged and deemed to not be a threat to the community.

Victoria Police took to Facebook to share some images of the encounter, much to the pleasure of those in the local area. 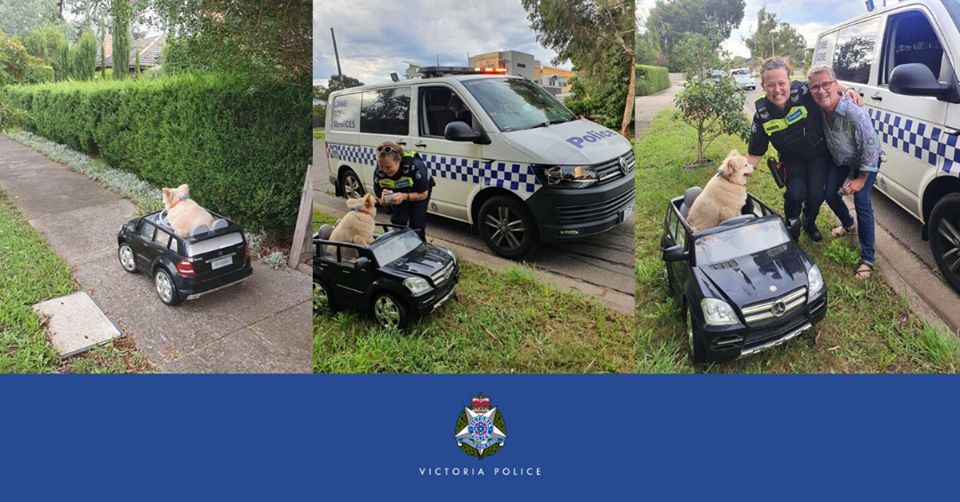