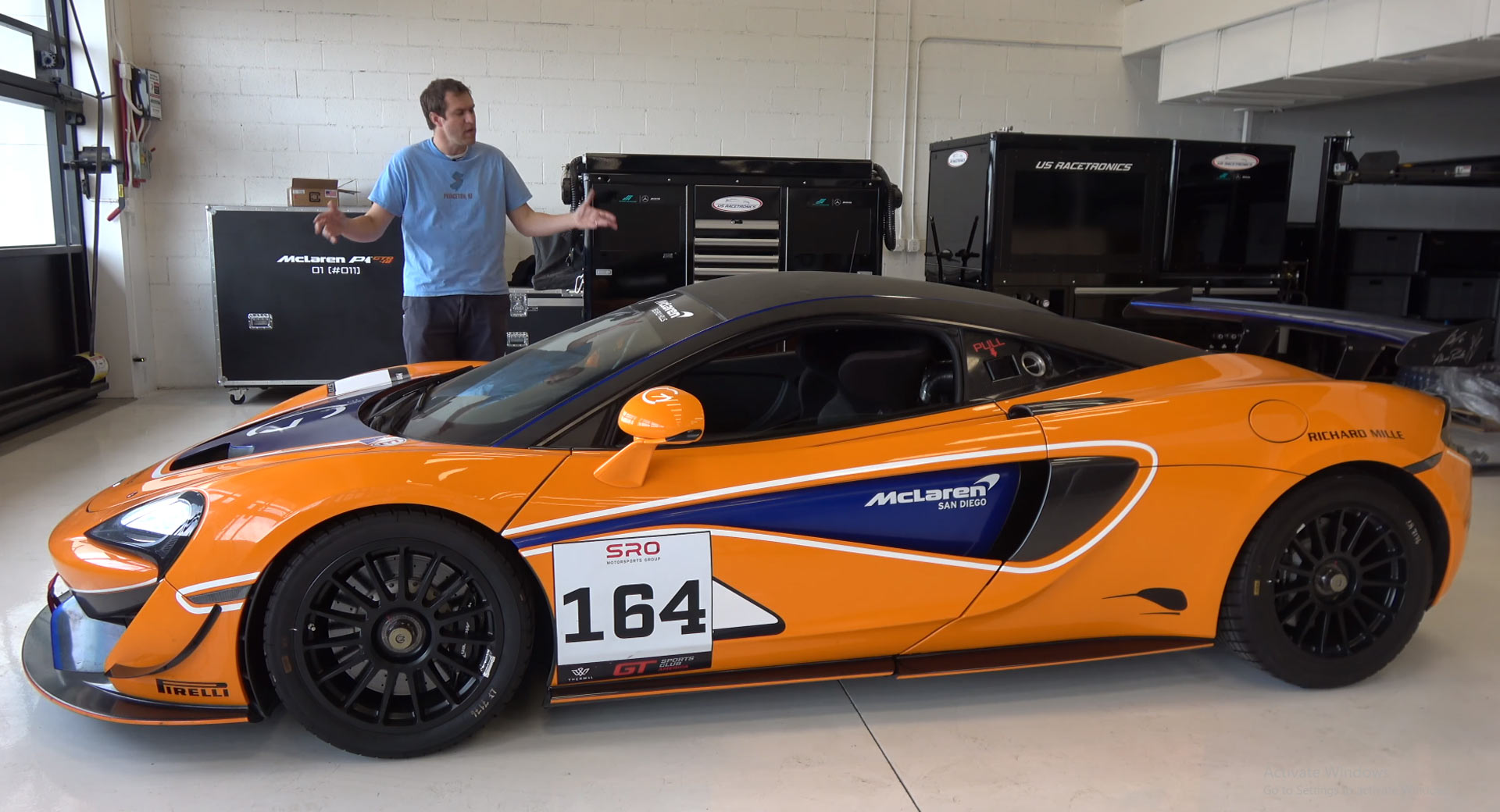 Doug DeMuro recently had the opportunity to test out the track-only McLaren 570S GT4 and it should come as little surprise that it’s quite a serious bit of kit.

As the 570S GT4 is a customer race version of the regular street car, it retains many of the same mechanical features as the road car. As such, it continues to be powered by a 3.8-liter twin-turbo V8 engine that’s coupled with a seven-speed dual-clutch transmission.

Inside, the 570S GT4 shares a number of components with the street car but they’re joined by a handful of race-only components. For example, there are proper race seats and a distinctive three-spoke steering wheel. The dashboard has also been stripped back to the bare essentials.

One particularly interesting aspect of the cabin is the fact that the center console stack has been lifted straight from the road car and features some buttons that do absolutely nothing. For example, the engine auto Start/Stop button of a regular 570S is still there but as the GT4 doesn’t have a Start/Stop feature, it’s redundant. There are also controls for the power door locks and front trunk that are useless. Bizarrely, there’s even a cruise control stalk despite the racer not having cruise control.

Late last year, McLaren launched a version of the 570S GT4 for the road dubbed the 620R. The car churns out 612 hp and 457 lb-ft (620 Nm) of torque and comes equipped with much of the same aerodynamic parts as the racer.