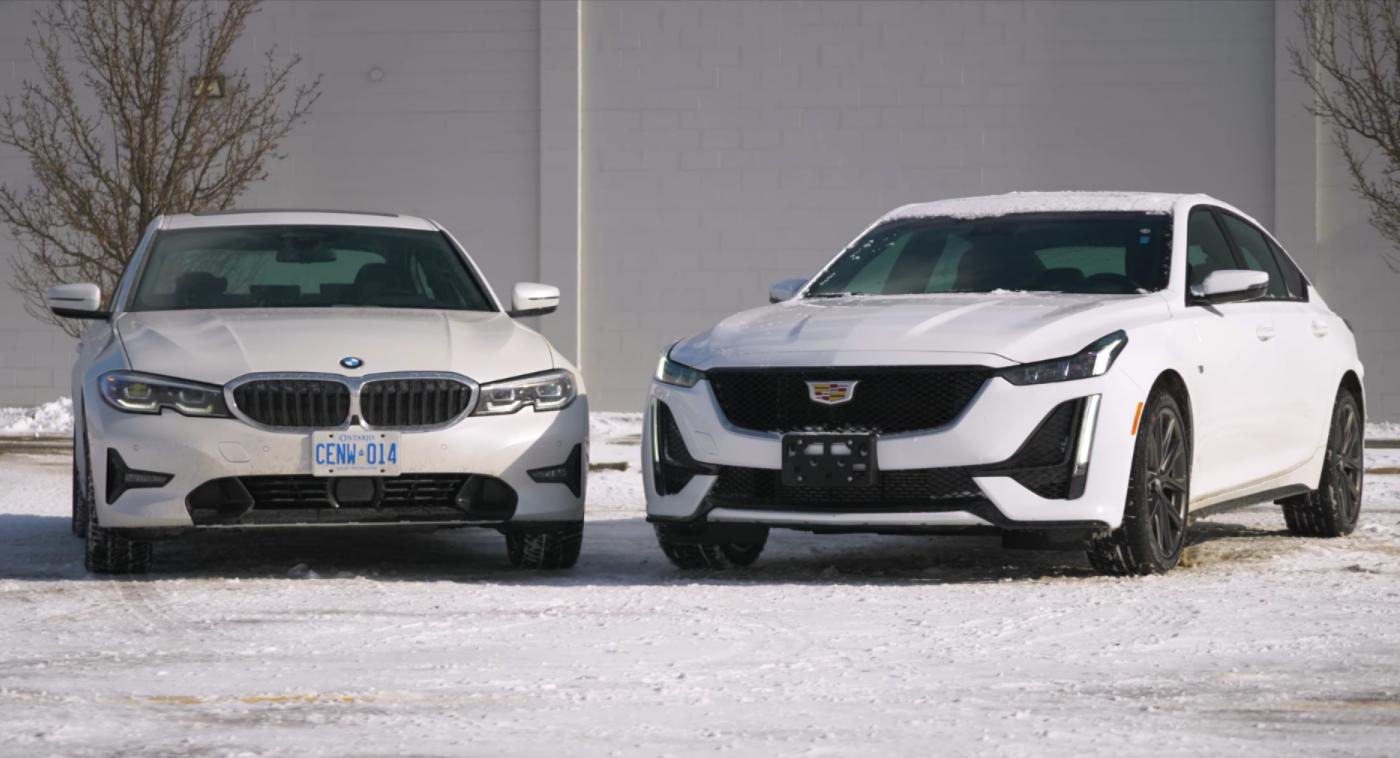 Cadillac’s product strategy in recent years has puzzled many, especially when it comes to its sedans.

It’s hard to explain what GM’s luxury brand wanted to achieve with the many changes it made to its sedan lineup recently. However, the guys from Throttle House probably make the best presentation of Cadillac’s strategy (or lack thereof) in the hilarious introduction to their 2020 Cadillac CT5 review.

Mind you, the CT5 is not reviewed in isolation but in a direct comparison with the BMW 3 Series, the compact luxury sedan’s segment benchmark. At the beginning of the video, James tries to explain to Thomas why comparing the bigger CT5 to the 3 Series actually makes sense, but the message didn’t seem to go through.

Watch: The Cadillac CT6-V Is An Absolute Monster Of A Luxury Sedan

Anyway, the Cadillac CT5 Sport they tested may be closer in size to a BMW 5 Series but the pricing places it in the same region as the 3 Series. Actually, this particular 2020 BMW 330i costs around CA$7,000 (US$5,215) more than the CT5 Sport, which is not only bigger but also much better equipped.

On paper, the Cadillac CT5 seems to have this in the bag even before firing its 2.0-liter turbo-four engine. But reviews don’t work like this so Thomas and James drove the two luxury sedans back to back to see which one is better. Right off the bat, the Cadillac’s 237 HP 2.0-liter turbo-four seems slow and dull, with the 10-speed automatic transmission not sharp either.

The 330i, on the other hand, presents a much better engine-transmission combo. The BMW’s 2.0-liter turbocharged four-cylinder makes 255 HP and 295 lb-ft (400 Nm) of torque, 18 HP and 37 lb-ft (50 Nm) more than the Caddy. The eight-speed automatic transmission is much smoother and quicker, so the CT5 clearly loses in this department. So what about the other areas? You need to watch the video below to find out.

Tesla’s recruitment drive in Germany hit by lower wages, union says
Bruton Smith was a ‘visionary’ in retail and racing
VW “Half-track Fox” restored and rebuilt after 60 years
Spin commits up to $2 million to micromobility research at universities
2023 Toyota 4Runner