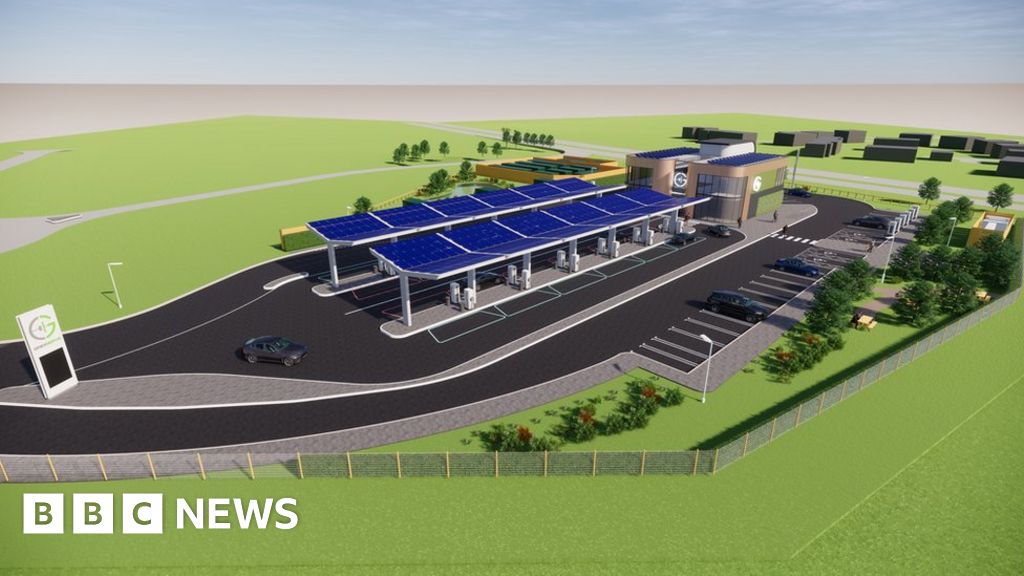 Work has started on an electric vehicle charging forecourt that the company behind it says will be the UK’s first.

It is being built on a 2.5 acre site at Great Notley, near Braintree, Essex, by sustainable energy company Gridserve.

The forecourt, which will use solar power, will be able to charge 24 cars at once and aims to open by the summer.

Toddington Harper, chief executive of Gridserve, said it was “updating the petrol station model for a net-zero carbon future”.

He said the forecourt would “solve the challenge” of where to charge electric vehicles.

Alongside the normal forecourt shop there will also be an education centre for electric vehicles.

Conservative MP for Braintree James Cleverly said it was part of the “charging infrastructure that we need to support [the Conservative government] policies”.

The UK, which will host the United Nations climate change conference in November, aims to reach net zero carbon emissions by 2050.

Conservative councillor Simon Walsh, responsible for climate change at Essex County Council, said: “A rapid switch to electric vehicles… is being held back by lack of fit-for-purpose charging infrastructure.”

He said the forecourt would give people “confidence” to buy electric vehicles.

The forecourt is in part being paid for by a £4.86m grant from the government.