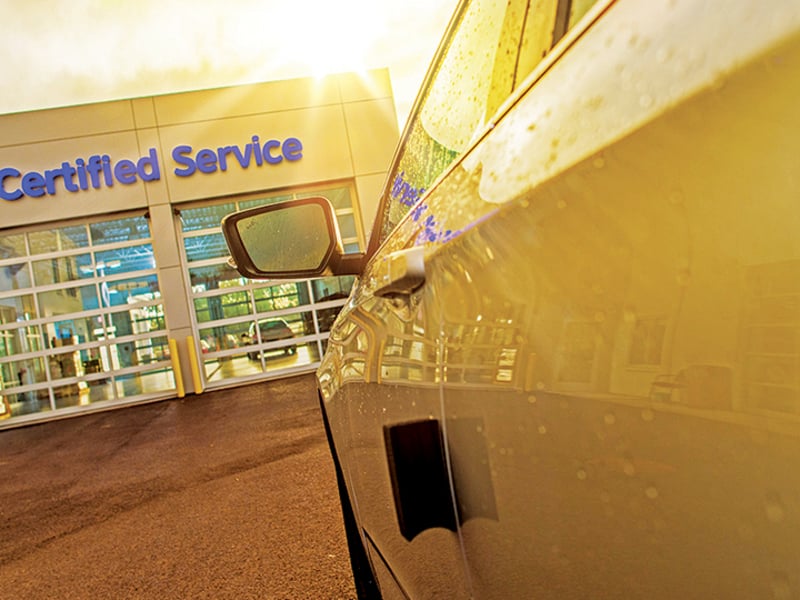 Americans’ rising satisfaction with visits to auto service departments will be threatened by parts shortages caused by the new coronavirus, J.D. Power said in an annual survey.

But because of the effect of the COVID-19 outbreak on supply chains, auto dealers are bracing for parts shortages that could make for unsatisfied customers throughout the year.

“Automakers and dealers need to prioritize securing sources for their parts supplies or face the consequences of losing business,” Chris Sutton, vice president of the U.S. automotive retail practice at J.D. Power, said in a statement. “Customers will be initially understanding of coronavirus consequences, but shortages will continue well beyond the current public health crisis.”Before the virus hit, unavailable parts accounted for about 20 percent of delayed service repairs, Sutton said. That figure stands to increase because of supplier shutdowns in China and other regions.

Acura, meanwhile, dropped 10 points to fall below average. Land Rover climbed four points but still ranked at the bottom. Alfa Romeo (second from bottom) and Genesis (fourth lowest) were included on the CSI list for the first time.

General Motors brands, meanwhile, dominated the mass-market rankings. Chevrolet jumped seven points to finish second behind Buick, while GMC placed third. Mini dropped 17 points to seventh place after being ranked in the top three since 2015. Ram’s score increased by 18 points but it remained near the bottom of the list. Fiat scored last for the fourth consecutive year.

Tesla is the only automaker that doesn’t give J.D. Power the necessary access to its customer databases in order to be included in the study.

The CSI study assesses customer satisfaction of service at franchised dealers or independent service facilities for maintenance or repair work in 1- to 3-year-old vehicles that are owned or leased.

Five broad factors are measured: service quality, including total time and thoroughness; timeliness of the drop-off process and ease during the service initiation; knowledge and courtesy of the service adviser; cleanliness of the service facility; and helpfulness of staff at vehicle pickup.

The study found that service facilities struggle most when it comes to meeting customers’ time demands. The attribute that ranked third lowest was fairness of charges.

“With vehicles requiring less frequent maintenance and owners driving fewer miles — thus, stretching out the time between service visits — dealers need to do everything they can to keep satisfaction moving in a positive direction,” Sutton said.