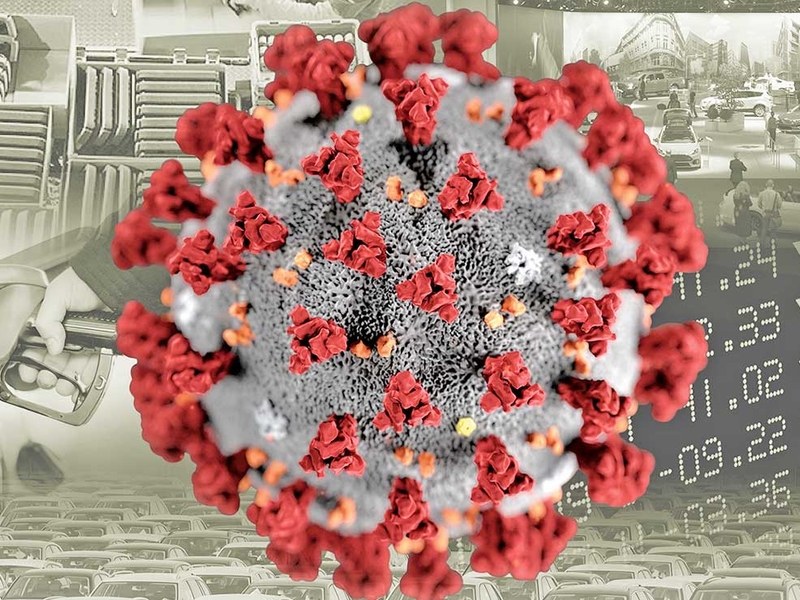 This isn’t the kind of disruption the auto industry has been preparing to confront.

The rapid spread of the novel coronavirus in the U.S. left automakers and suppliers scrambling last week to keep employees safe, dealerships open and factories running.

In a matter of days, companies instituted sweeping travel bans and canceled high-profile product introductions. Executives instructed tens of thousands of salaried employees to work from home, and the UAW quickly began negotiations with the Detroit 3 for any quarantined factory workers to get paid leave.

Auto shows and other industry events, including the Automotive News World Congress, were postponed or canceled as the number of people in the U.S. known to have contracted COVID-19 jumped into the thousands. A Fiat Chrysler Automobiles transmission plant in Indiana stayed open after having the first known case of an auto worker testing positive, but the Canadian union Unifor briefly shut down production at FCA’s minivan plant in Ontario on Friday, March 13, after one employee self-quarantined because of possible secondary contact.

While the full scope of the pandemic remains uncertain, the U.S. auto industry faces the potential for plunging new-vehicle sales and plant shutdowns that could cripple production, eat into profits and supercharge the chances of a recession.

“The underlying economics of the industry are strong, but this threw a monkey wrench into it,” Michelle Krebs, executive analyst at Autotrader, told Automotive News. “We’re holding our breath to see what happens.”

Auto stocks, reflecting steep drops in the overall market, cratered last week to decade-low levels. Analysts have revised their industry sales projections to call for declines of 3 to 9 percent this year, noting the societal upheaval that has included the cancellation of virtually all sports leagues’ games and major events could cause consumers to delay big purchases. And automakers will miss out on the advertising opportunities created by heavily watched sporting events such as the NCAA men’s basketball tournament that have been called off.

To underscore the level of concern within the industry, Adam Jonas, an analyst with Morgan Stanley Research who estimated that sales could fall by a million vehicles this year, said lawmakers should consider reprising the recession-era Cash for Clunkers program as a “powerful tool” to stimulate sales.

“Given the behavioral and economic implications brought on by social distancing, we are preparing for potentially significant swings in U.S. SAAR,” he said, while noting “there may be a number of other alternatives lawmakers could use to help revive critical industries such as autos if necessary.”

Last week’s decision to postpone the New York auto show from April to August was among the first major disruptions to the North American auto industry related to the virus. It already had forced the cancellation of this month’s Geneva International Motor Show and next month’s Beijing show.

John LaSorsa, who chairs the auto show committee for the Greater New York Automobile Dealers Association, said the group had not been told by any automakers that they wouldn’t participate with reveals in the rescheduled show.

LaSorsa said organizers reached out to key partners, including automakers, before making the decision to postpone. He said he is optimistic the New York show might even pick up a few more reveals given the later calendar date.

The gathering originally was expected to include roughly 50 product introductions, including the Ford Bronco Sport and Volkswagen ID4.

“August can be just as popular as April,” he said. “We may miss a few, obviously, but we could have some new additions, too.”

But Ford is unlikely to wait that long to pull the wraps off the Bronco Sport or the larger Bronco SUV. The long-awaited product reveals, which were slated to happen a week apart in April, have been indefinitely postponed.

The Bronco Sport is set to go into production as early as September, so a late-August reveal might not make sense. Ford declined to offer a revised timeline of when it might show the vehicles.

“There’s a fair amount of uncertainty,” said Mark Truby, Ford’s chief communications officer. “We’re very much rallying around how to manage the situation.”

Executives at the Detroit 3 are encouraging most salaried employees to work remotely starting this week.

At GM, the work-from-home policy applies to all employees whose jobs allow them to work away from their office, except for those in China, which has existing protocols in place.

Not all teams are able to work remotely, so the automaker also is adjusting work schedules in manufacturing, global product development, customer care and aftersales and contact centers to allow for additional cleaning, CEO Mary Barra said.

“These are important steps to lower the probability of spreading the coronavirus to co-workers, families and communities and to relieve the burden on public resources. It also helps conserve critical resources like cleaning crews, medical staff and supplies so they can be deployed where they are most needed,” Barra said in a statement March 13.

In a similar memo to employees the same day, Ford CEO Jim Hackett said a vast majority of Ford’s salaried work force should begin working from home this week, so long as their in-person attendance wasn’t necessary. Exceptions could include those working in manufacturing facilities, parts distribution centers and certain sales positions.

Truby, on a conference call with reporters, said the automaker’s world headquarters and Product Development Center would remain open, with some small teams continuing to work there.

“This is a fairly fluid situation, but I don’t expect any of our major facilities to be completely shut down,” he said.

In a letter to employees about the virus outbreak, CEO Mike Manley said, “Clearly, we are now moving beyond regional hot spots and into planning for how this will impact every area of our business across the world.”

Jonathan Smoke, chief economist at Cox Automotive, said the market is swinging between dangerously different scenarios. In the first, new-vehicle sales decline to a range of 15.5 million to 16 million, with the high-end resting 600,000 vehicles below Cox’s initial forecast for 2020.

But if the coronavirus sparks a full-blown recession, Smoke said, new sales could plummet to mid-14 million.

“We see economic contraction in Q2 no matter what,” he said. “The key question is whether the contraction extends into Q3 and later.”

Morgan Stanley expects the coronavirus outbreak to send U.S. auto sales down 9 percent this year, it said in an investor note last week. Before the outbreak, analysts had expected a modest decline of 1 to 2 percent.

“Whether you believe there is a public overreaction or that COVID-19 is actually a public health crisis headed for pandemic status, there is no denying the expected negative impact it will have on the economy and auto industry,” Jeff Schuster, LMC’s president of global vehicle forecasts, said in a statement.