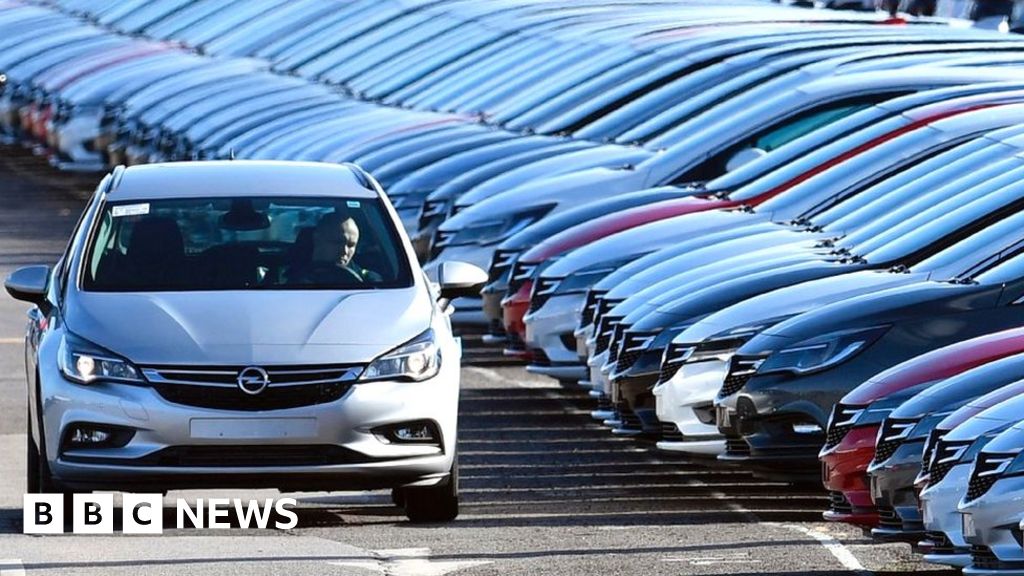 Vauxhall’s parent company will shut all of its European manufacturing plants due to fears over the coronavirus.

PSA Group said plants at Ellesmere Port and Luton will close this week and will remain shut until at least 27 March.

In a statement, the firm said it had seen a “significant” drop in demand and disruption to supply chains.

Other manufacturers such as Ford and Nissan have already suspended work at factories in Spain and Italy due to the coronavirus outbreak.

Fiat Chrysler has said it will suspend production at the majority of its European factories for the same period.

PSA Group, which also owns Peugeot, Citroen and Opel, said staff at its UK plants would continue to be paid during the shutdown.

The Vauxhall plant in Luton builds the Vivaro van and employs more than 1,000 people. Another 1,500 others work at Ellesmere Port building the Vauxhall Astra.

They are two of the 15 manufacturing sites currently operated by PSA Group across Europe. Other sites are located in Germany, Spain, Portugal, Poland and Slovakia.

The company has been badly affected by the coronavirus pandemic, which has affected the supply of parts. It is also causing a significant drop in demand, particularly in Italy, which is one of the worst-hit areas in Europe.

The firm says it wants to protect its workers, with serious cases of the virus having been found close to some of its production sites.

What do I need to know about the coronavirus?

The closures will be staggered, with plants in south east France and Madrid stopping work on Monday, with others following later this week.

Ellesmere Port is due to shut on Tuesday, while workers in Luton will down tools on Friday.

Fiat Chrysler, which is in the process of merging with PSA, is closing its plants in Italy, Serbia and Poland.

Elsewhere in the UK, Jaguar Land Rover says production is continuing as normal at its UK plants in Castle Bromwich, Halewood, Wolverhampton and Solihull.

Prime Minister Boris Johnson is expected to hold a conference call on Monday with carmakers about potentially switching to producing ventilators and other medical equipment, as the number of coronavirus cases continues to rise.

Has your workplace closed or have you been asked to take unpaid leave? You can share your experience by emailing haveyoursay@bbc.co.uk.

Please include a contact number if you are willing to speak to a BBC journalist. You can also contact us in the following ways: