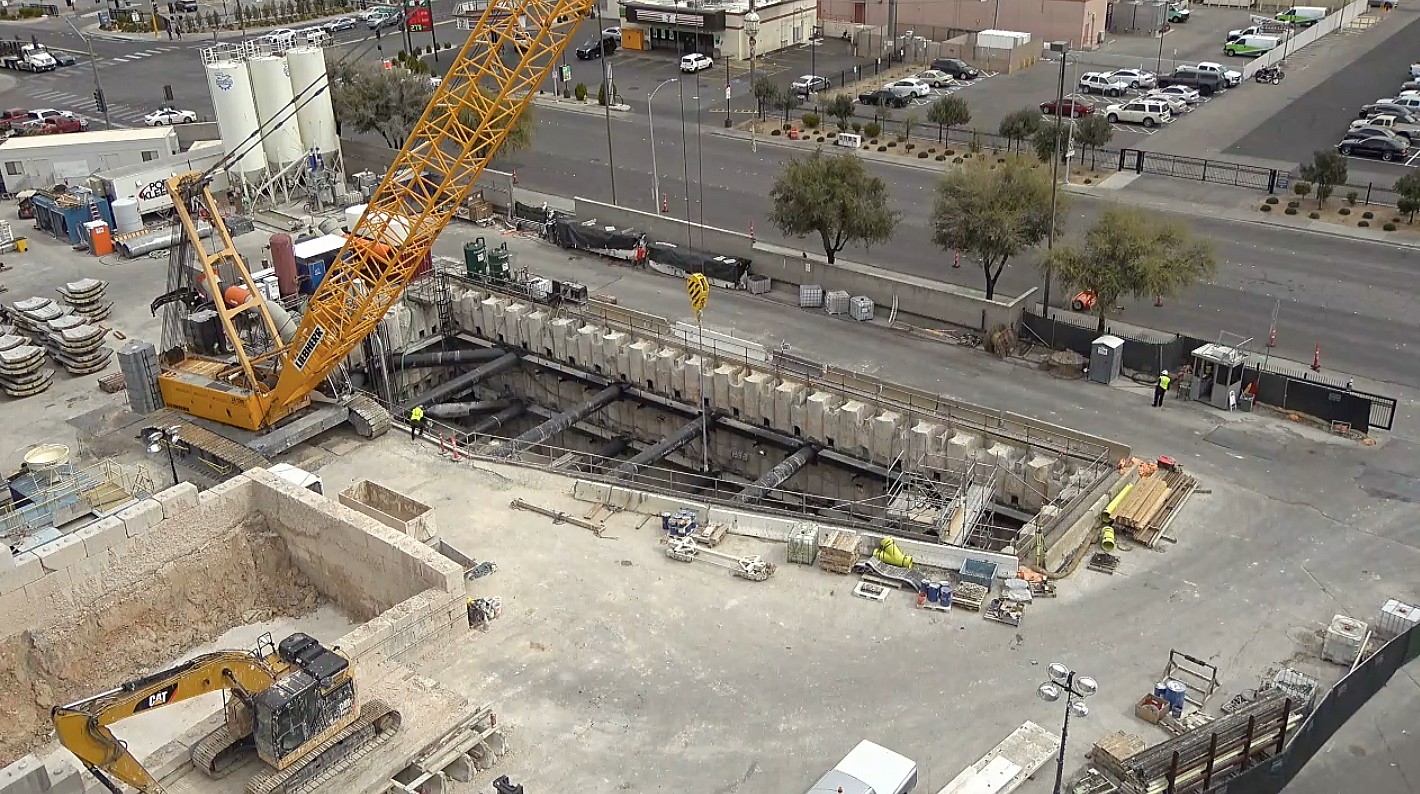 Recent reports have suggested that The Boring Company’s second tunnel for the Las Vegas Convention Center is already being built. Video feeds from the site of one of the tunnels’ upcoming stations further indicate that work is still continuing on the site.

Updates about the Boring Company’s Las Vegas tunnels have been quite scarce as of late, though the tunneling startup posted the completion of its first tunnel on its Twitter account last month. After this, the Boring Company shared an image of its new tunnel boring machine, Prufrock, being deployed on an undisclosed site.

The LVCC Loop is expected to be completed by the time CES 2021 begins next year. The system, which will be comprised of two tunnels, will be ferrying attendees and visitors to the complex. Concept images from the tunneling startup show a fleet of autonomous Tesla Model 3 picking up and dropping off passengers at designated locations.

The fact that the LVCC Loop is still being constructed today bodes well for the project overall. The Las Vegas loop, after all, is the Boring Company’s first project for public use, and it presents an opportunity for the tunneling startup to make its mark in the transportation industry. So far, critics of the Boring Company have used the startup’s inexperience as a critical argument. The Las Vegas Loop is key to addressing this criticism.

The Las Vegas Loop provides more opportunities for The Boring Company beyond additional experience. It could, for one, become a real-world test project for Prufrock, a boring machine that is custom designed by the tunneling startup. Much of the Boring Co.’s innovations rely on Prufrock’s effectiveness, as the machine is designed to function far quicker than traditional TBMs.

The Boring Company has three tunnel boring machines at its disposal. The first one, Godot, was used for the test tunnel in Hawthorne, CA. Godot is a traditional TBM and is thus very slow. Line-Storm, its successor, is a hybrid machine that is capable of digging tunnels a few times faster. Prufrock, a custom-designed TBM, is expected to be capable of tunneling 10 to 15 times faster than conventional boring machines like Godot.

The Boring Company’s innovations depend on the speed of its projects. With smaller tunnels compared to the ones used on subways, the tunneling startup aims to complete projects at a fraction of the time and a fraction of the cost. To accomplish this, the Boring Company needs to figure out a way to expedite its operations, and the perfect way to accomplish this is to utilize a machine that simply outclasses the competition. Prufrock meets this criteria perfectly, and one can only hope that it gets deployed at the Las Vegas site, if not now, then in the near future.