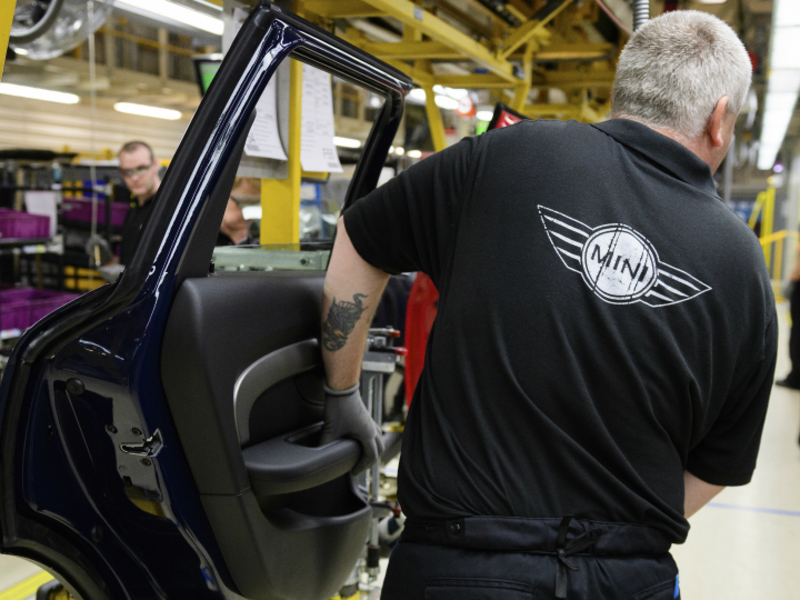 LONDON — Mini and Rolls-Royce will temporarily stop production in the UK as part of parent BMW Group’s shutdown of factories during the coronavirus outbreak.

Mini will shut its three UK plants from March 23 until April 17, the brand said. Mini builds cars at its Oxford factory, engines in Hams Hall, and body components in Swindon.

Mini made the decision to shutdown to protect its employees and in reaction to a decline in global demand, it said in a statement. The brand also cited “the potential for disruption to our suppliers.”

BMW’s contract manufacturer in the Netherlands, Nedcar, which builds some Mini models, will also shut down, BMW confirmed.

Rolls-Royce said it would also stop production at its plant in Goodwood, England, on Monday for two weeks, followed by a further two-week shutdown already planned for the Easter period.

The brand said head office staff would continue to work either at the company’s headquarters, or at home. “Social distancing measures have been introduced throughout the company,” Rolls-Royce said in a statement.

“This action has not been taken lightly, but the health and well-being of our exceptional workforce is first and foremost in our minds,” Rolls-Royce CEO Torsten Mueller-Oetvoes said.

BMW said on Wednesday it is preparing to suspend production at its plants in Europe and Rosslyn, South Africa, until April 19, in response to lower demand and as a way to help reduce the risk of spreading coronavirus.