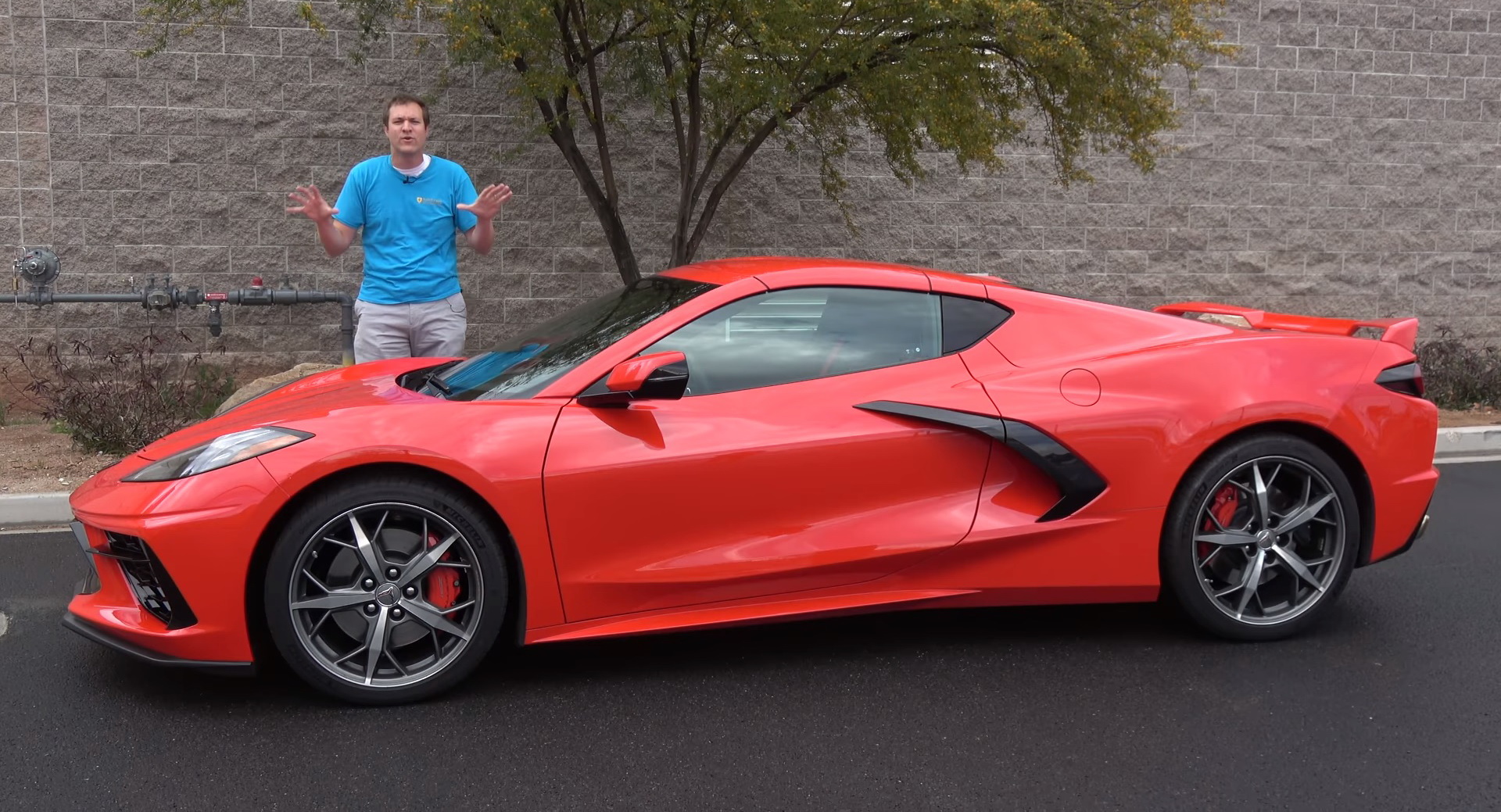 It was only a matter of time before the new Chevrolet Corvette C8 fell into the hands of Doug DeMuro, giving us a thorough tour inside and out of the most anticipated performance car of the year.

The first-ever Corvette to have the engine in the middle is not only worlds apart from its front-engined predecessor in terms of design but also performance.

As you might have heard by now, the Corvette C8 is only available with a single engine option at the moment: a naturally aspirated 6.2-liter LT2 V8 with 490 HP and 465 lb-ft (630 Nm) of torque, paired to an eight-speed dual-clutch transmission.

While the engine figures are not something that would raise an eyebrow in the supercar world, the Corvette C8 manages to drop some jaws with its headline acceleration numbers, including a 0-60 mph in less than three seconds.

Add the optional Z51 Performance Package and Chevy will fit your new Corvette with goodies such as a louder exhaust, a sportier suspension, bigger brakes, an upgraded cooling system and stickier Michelin rubber.

And then, there’s the interior; a two-seat cockpit focused entirely on the driver to the point where the passenger feels isolated from all the controls as they all point to the person sitting behind that square steering wheel. Add to that GM’s latest digital instrument cluster and infotainment system, along with finally some good-quality materials and finish and it’s no wonder that the new Corvette has created such a massive hype.

Of course that last bit was further boosted by the Corvette C8’s base price: it starts from just $59,995, which is ridiculously low considering how much of a car you’re getting.