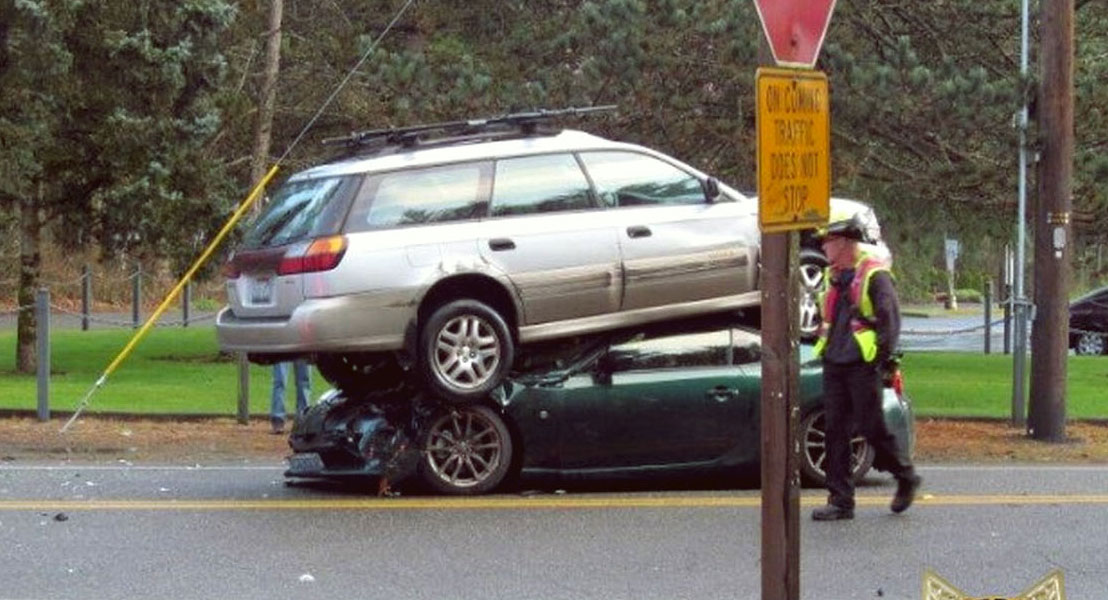 A Subaru Outback was left in a rather precious position after crashing into a green Subaru BRZ in Seattle, Washington last week.

Images shared online show the Outback resting on top of the dark green BRZ and both vehicles look to have sustained quite a lot of damage. Most notably, much of the BRZ’s front end has been crushed after the Outback slammed into it and drove up and across its hood, windshield, and roof.

As for the Outback, it looks as though the passenger side has been damaged in the crash and while not visible in these photos, it’s very likely that its front end and undertray are also a little bit worse for wear.

The King County Sheriff’s Office posted the images on its Facebook and provided some additional details about how the crash occurred.

Isn’t it a Subaru Outback, not Piggyback?! Oh, that wasn’t nice. Now we’re piling on! This wild wreck was not the…

The accident happened on March 7 at roughly 4:55 p.m. when a white Toyota Prius ran a stop sign. This caused the Outback driver – who had the right of way – to swerve. Unfortunately, the driver swerved right into the path of a green BRZ that was waiting at another stop sign. 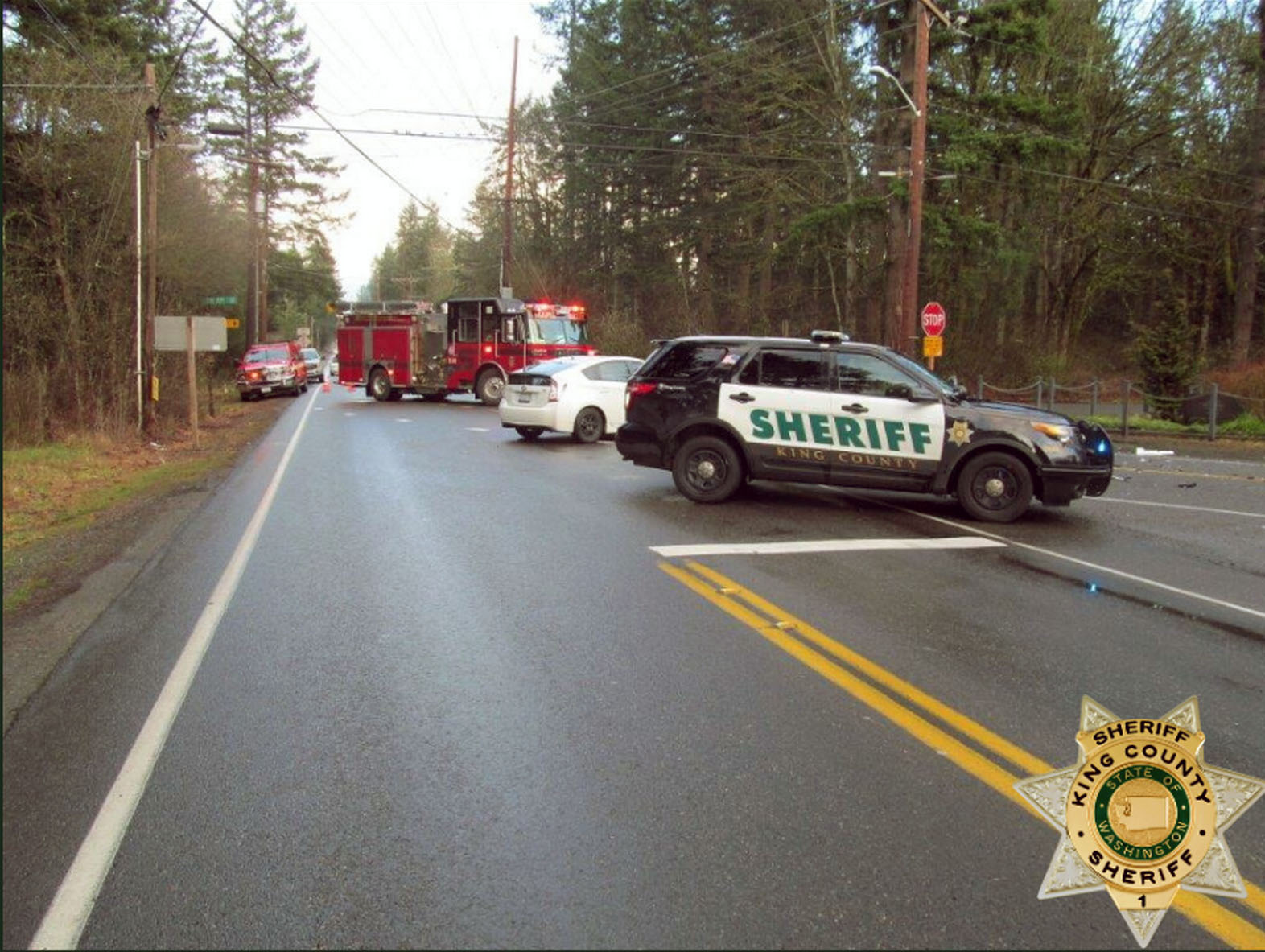 While we wouldn’t have been surprised if the Prius driver decided to do a runner, images from the scene show that the white hybrid sedan was still there, meaning the driver was likely questioned by police about the incident.

Fortunately, no one was injured. It remains to be seen if the Prius driver will be charged but even if they’re not, they could be slapped with an expensive insurance bill if forced to pay for the repairs to the two Subarus. 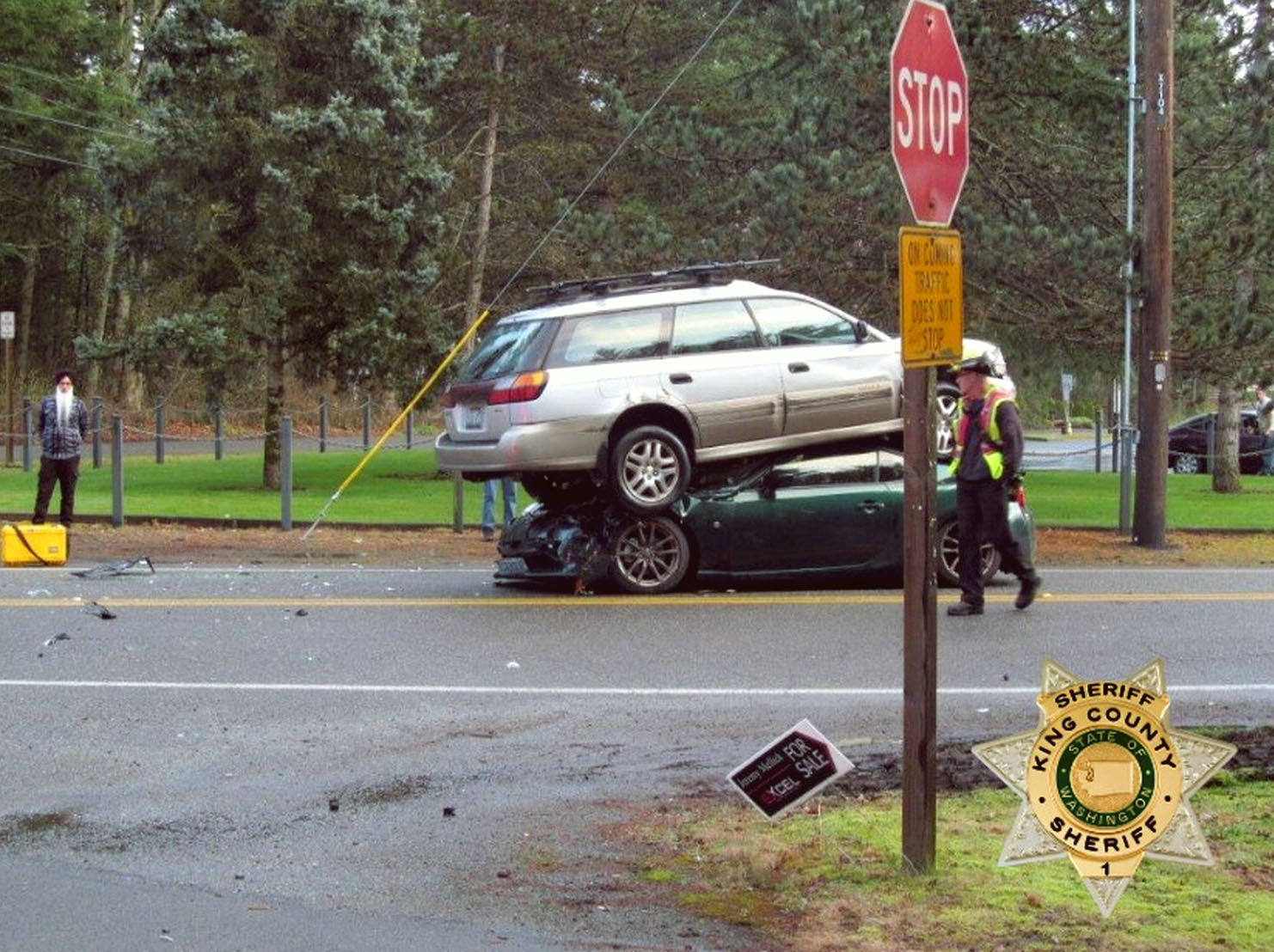