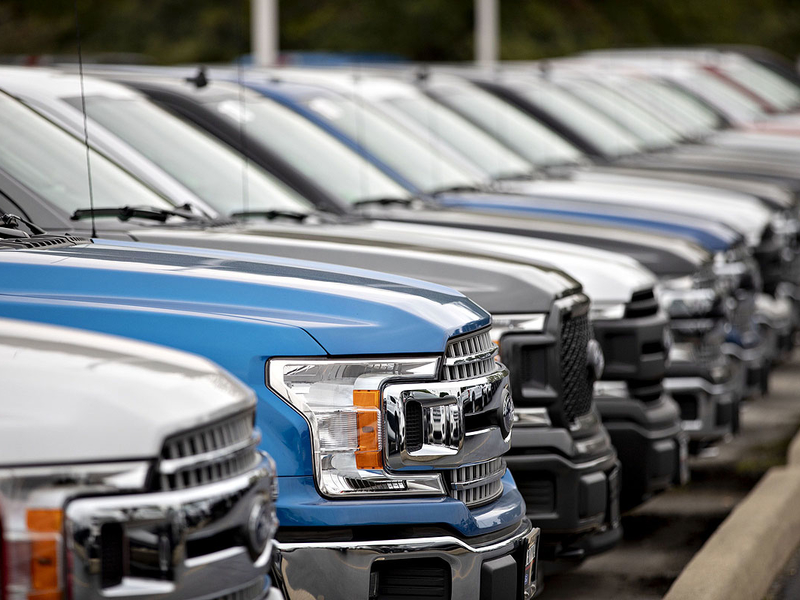 The auto retail industry is fighting a tug of war between protecting customers and employees from the deadly coronavirus and doing its part to keep the economy afloat.

Industry trade groups have been working to convince policymakers that dealerships are vital to the American economy and customers’ safety and should therefore remain open. Americans need reliable transportation to get groceries and medical services, they say.

Dealerships are critical in crises like these, said Keith McCluskey, dealer principal at McCluskey Chevrolet in Cincinnati. Customers need functioning cars, he said.

Dealerships are vital not only for sales and vehicle maintenance, but also for safety repairs and recall and warranty work, Peter Welch, CEO of the National Automobile Dealers Association, and John Bozzella, CEO of the Alliance for Automotive Innovation, which represents manufacturers and other industry players, wrote last week. Their letter was addressed to President Donald Trump, Vice President Mike Pence, other Cabinet members, congressional leaders and the 50 state governors.

NADA, in a message to members, said the U.S. Department of Homeland Security and the Cybersecurity and Infrastructure Security Agency issued guidance Thursday, March 19, listing automotive repair and maintenance facilities among the essential critical infrastructure work force. The guidance is aimed to help state and local officials as they consider restrictions because of the coronavirus. But it does not include dealership sales operations.

“We are still weighing options and what’s appropriate” as next steps, said Jared Allen, NADA’s vice president of communications.

Meanwhile, Pennsylvania forced dealerships to close their physical sales operations late last week under an order shutting non-life-sustaining businesses, and California told residents statewide to stay at home, adding uncertainty for dealerships there. Earlier in the week, some dealerships were staying open, but with “skeleton crews,” while others were operating their service departments only, said Brian Maas, president of the California New Car Dealers Association.

In the city of Fresno, Calif., dealerships were forced to halt sales through March 31 because “auto sales” was listed in a document among businesses that needed to close. It said auto repair and service operations could remain open.

Maas said his association believes “sales should be considered essential,” as there will be cases of customers needing to replace a vehicle, such as after a crash.

“The economic impact [of closing] would be devastating,” said Charlie Glichrist, president of Gilchrist Automotive, which has 10 dealerships in the Dallas-Fort Worth area.

Even for those still open, he said, it’s too early to predict the impact of the coronavirus on dealers’ stores. But sales demand has drastically declined, he said.

“We’re trying to make sure all of our people are safe, our customers are safe,” Gilchrist said. “It’s a very fluid thing. … We are trying to take it one day at a time.”

Some dealers are one bad month away from landing in financial jeopardy, and most aren’t prepared to pay their employees during a shutdown, said Cory Mosley, an auto retail and crisis management consultant.

“People lose sight of the fact that dealers are small businesses,” he said. “They think they are the billion-dollar car dealer, and many of them are not.”

Jeff Forman, pre-owned sales consultant at Bob Jeannotte Buick-GMC in Plymouth, Mich., has reported to work as usual. But every day, he worries about catching the virus.

“I can see possibly if service has to be open because of somebody breaking down or needing to have repairs,” Forman said, but dealers shouldn’t keep their showrooms open just “to generate a buck.”

The store has taken extra precautions to prevent spread of the virus, such as limiting lunchroom capacity to four people, deep cleaning and ensuring all employees have hand sanitizer. But Forman is 60 and has an underlying health condition. “I feel like I shouldn’t even be here. … Everybody is so uncomfortable and doesn’t want to be here,” he said.

Sales have declined around 60 percent, he said. From Tuesday through Thursday afternoon last week, the store sold three vehicles, down from its usual 15 to 20.

Sales associates and customers have been careful to stand at least 6 feet apart, a challenge when going through paperwork.

But for the most part, the sales staff is cooped up with little to do. “Everyone is walking around like zombies,” Forman said.

Most customers who purchased a vehicle last week had an immediate need because they totaled their car.

Situations like that show the value of dealers, despite the risk, but spending 10 hours at the dealership per day to help that one customer makes little sense, Forman said. Opening for a few hours during weekdays would be sufficient, he said.

“At this point, I just feel that safety is the utmost,” he said.

Some dealers are responding with temporary layoffs, reduced hours or voluntary closures.

Jerry Miller, owner of two Audi stores, an Audi service center, a Porsche dealership and two used-vehicle stores in greater Philadelphia, said he opted to close everything for two weeks several days before the statewide order.

While there was debate with authorities and the Auto Dealers Association of Greater Philadelphia whether dealerships were considered essential businesses, Miller said his choice came down to people.

“I have a responsibility to offer a safe environment of all types for our team,” Miller said. “So it became actually an easy decision because of what I believe my responsibility was to keep them safe and secure and also our customers.”

He will pay all 238 of his employees during the planned two-week shutdown.

Miller is hoping to reopen April 1, at least to some degree, but said he would want to pay employees for “as long as it takes.”

For now, Miller said he has employees on call to assist customers on an appointment basis if emergency situations arise.

For dealerships that remain open, reducing hours is the first phase of mitigating the business impact and protecting employees, said John Malishenko, COO of Germain Automotive Group, which has dealerships in Michigan, Ohio and Florida.

“We’re communicating broadly and consistently to our folks to try to keep them feeling safe and supported. We want to be able to look back on this, whatever happens, and feel good about the decisions that we’ve made beyond the business,” he said. “There are business implications, but there are also moral, ethical, cultural aspects to it.”