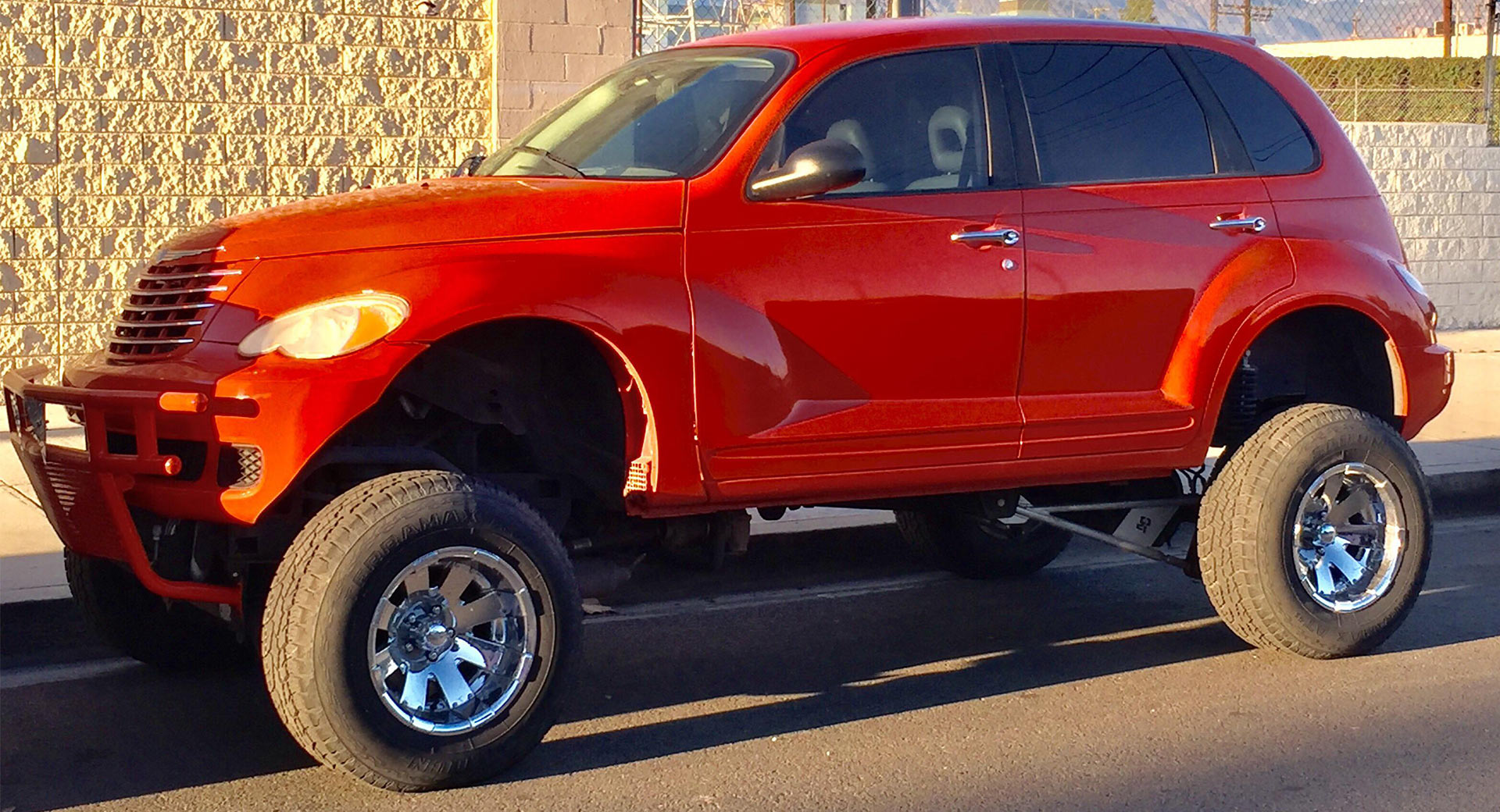 The Chrysler PT Cruiser is far from a pretty face, yet the automaker managed to sell nearly 1.35 million units by the time production wrapped up in July 2010. If you ask me, that’s 1.35 million too many, but I could be wrong.

Designed by a man named Bryan Nesbitt who was also responsible for the likes of the equally-unsightly Chevrolet HHR and the slightly-more-attractive seventh-generation Chevrolet Malibu, the PT Cruiser was meant to be reminiscent of some cars from the 1930s. While certainly eye-catching, its looks have not aged gracefully.

Perhaps this is why the owner of this particular PT Cruiser decided to drastically overhaul it, helping to draw attention away from the bodywork?

Read: $36K Chrysler PT Cruiser ‘Stagecoach’ Would Be Nice For… Dunno, The Pope?

This photo of a heavily modified PT Cruiser was recently shared on Reddit and depicts one that has been raised by almost a foot and now looks more like a monster truck than a typical PT Cruiser. It is sitting on a set of aftermarket chrome wheels and also features a red bull bar at the front. The fenders have also been cut to allow room for the new off-road tires.

If this PT Cruiser has been modified with good aftermarket parts, it may actually be quite capable off-road, thanks in part to the short front and rear overhangs.