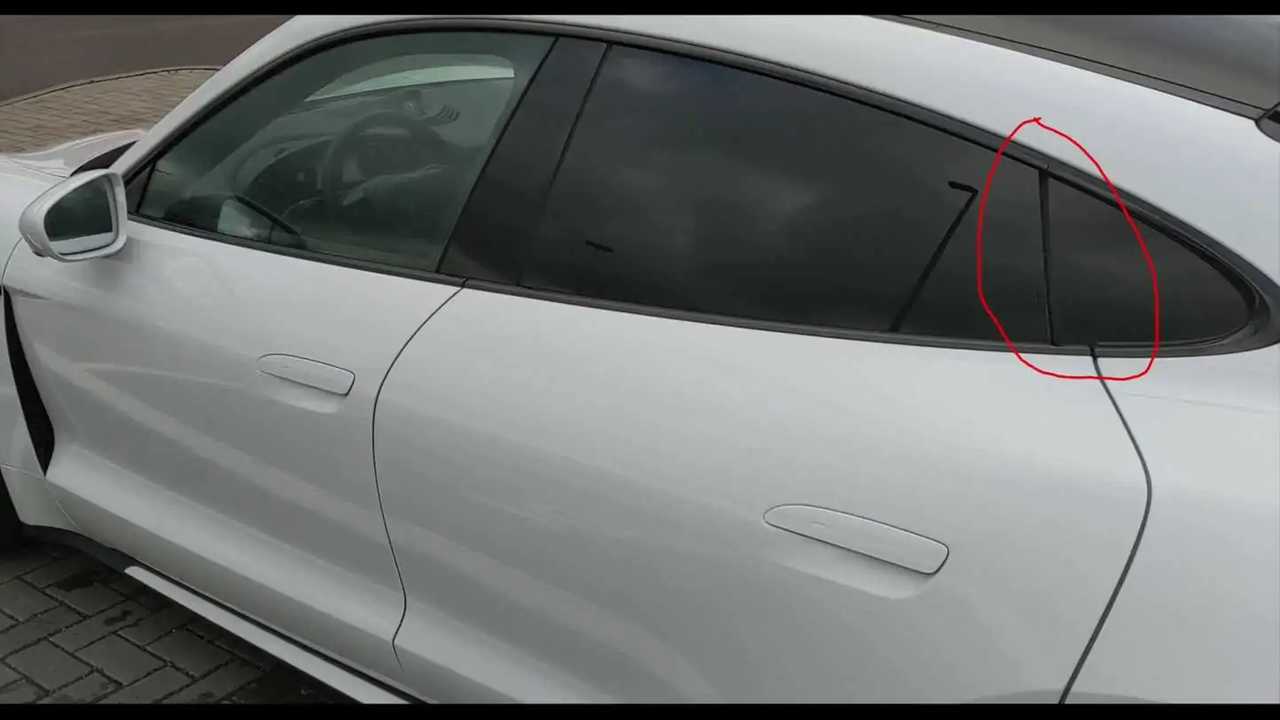 The Porsche Taycan panel gap case we presented on March 16 is still bearing fruits. We cannot say if it has made Porsche seize the COVID-19 stop to revise its manufacturing processes – as we have suggested Tesla did – but at least youtubers are paying attention to that. Check this video from the Tesla Killer channel. It made an extensive comparison between the Model 3 and the Taycan and the Porsche the presenter drove also presents gap issues.

The video is quite long because it analyzes many aspects of both cars. We’ll probably make more texts to cover all of them. Anyway, this was the most pressing story and the images show that the gap issue is probably more widespread than we previously thought, even if less severe than the one the Twitter user Alex Voigt discovered on the streets of Munich.

The presenter shows all the gap issues he found on the Taycan he drove. They are on the front bumper, left front door and left rear door. To show that the left rear glass also has issues, the presenter went to a Porsche dealer in Leipzig, Germany, and saw more problems in the unit exposed at that showroom.

The video states the Porsche has minor gap issues, much less severe than the one Voigt spotted in Munich, but that shows once again legacy automakers, as experienced as they are in the “dinosaur stuff” of manufacturing, are not that much better than Tesla. In this case, it is even worse: the presenter compares the Taycan to his own Tesla Model 3 and he sees nothing to complain regarding panel gaps in his ride.

As we have suggested when we told the story of Jérôme Stoll in Brazil, we hope Porsche uses this idle time to revise its manufacturing and make the first units of the Taycan impeccable. All consumers deserve the best they can get, but EV buyers deserve that even more for pioneering clean personal transportation.