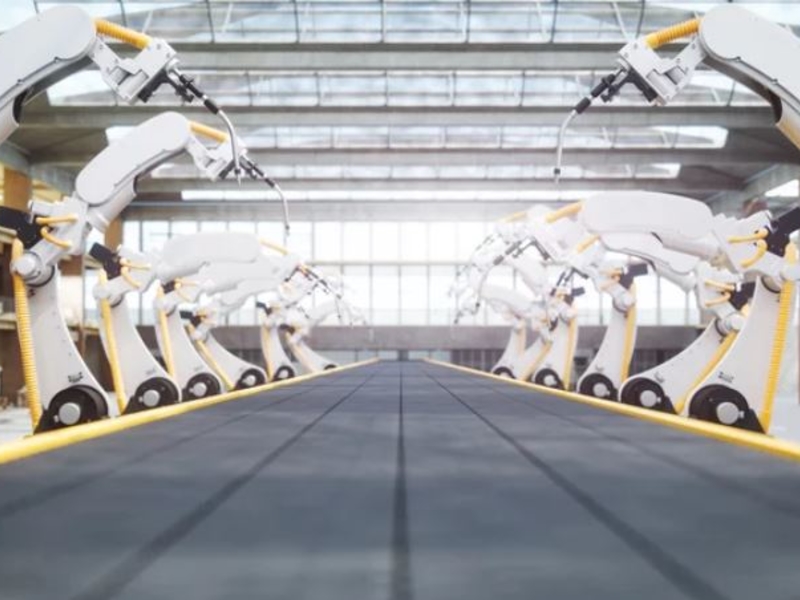 The “Arsenal of Health” is mobilizing.

Parts suppliers for General Motors are preparing to manufacture parts for at least 200,000 ventilators in an effort to stave off a projected shortage of the machines in the fight against the deadly respiratory illness COVID-19.

The parts are too small for Meridian’s machines, but the company has connected GM with Twin City Die Castings Inc. in Minneapolis and Myotek, which operates manufacturing plants in Manistee, Mich., and China.

“We coalesced as an industry,” Petrillo said. “Usually we [Meridian, Twin City and Myotek] compete, but in this circumstance, we’re not competitors.”

The Society of Critical Care Medicine projects that 960,000 coronavirus patients may become critically ill in the U.S. and need to be put on ventilators. The organization estimates there are only about 200,000 ventilators in the country.

“We are working to see how we can increase the number of ventilators in our state,” Whitmer said. “I feel like we are making some progress, but if the federal government is able to procure some ventilators and ship them to Michigan we will be incredibly grateful.”

President Donald Trump tweeted Sunday: ”Ford, General Motors and Tesla are being given the go ahead to make ventilators and other metal products, FAST! Go for it auto execs, lets see how good you are?”

Representatives from the U.S. Federal Emergency Management Agency and the White House did not immediately provide an answer as to whether the U.S. government was going to buy the additional ventilators.

Meanwhile, Petrillo said the plans to start production as early as Monday were being sent Sunday afternoon.

“We’re off and running. The tool shops are designing tools right now,” said Eric Showalter, CEO of Mytek. “We’re able to at least start to kick off tools in China to build these things. If we get paid, we get paid. We’re all just trying to help where we can.”

It’s unclear whether GM is establishing another assembly line at Ventec’s production plant or will manufacture the additional ventilators at one of its plants.

GM declined to confirm its plans, but has “teams hard at work,” Jim Cain, senior manager of sales and executive communications, told Crain’s Detroit Business in an email. Crain’s is an affiliate of Automotive News.

“We have been approached and are currently evaluating if we can support the effort out of our facilities,” Michelle Collins, manager of marketing, told Crain’s.

Several other suppliers were contacted for comment, but did not immediately respond.

This Ford Mustang Wanted To Go Out To Pasture Like A Proper Pony
Ex-Reynolds and Reynolds CEO Bob Brockman dies at 81
Pennsylvania State Police Car Gets Stolen During Traffic Stop, Sparks Battle Of The Cop Cars
BMW warns of challenging second half as Q2 earnings drop
UK New Car Sales Are Down, But Electric Cars Continue To Increase