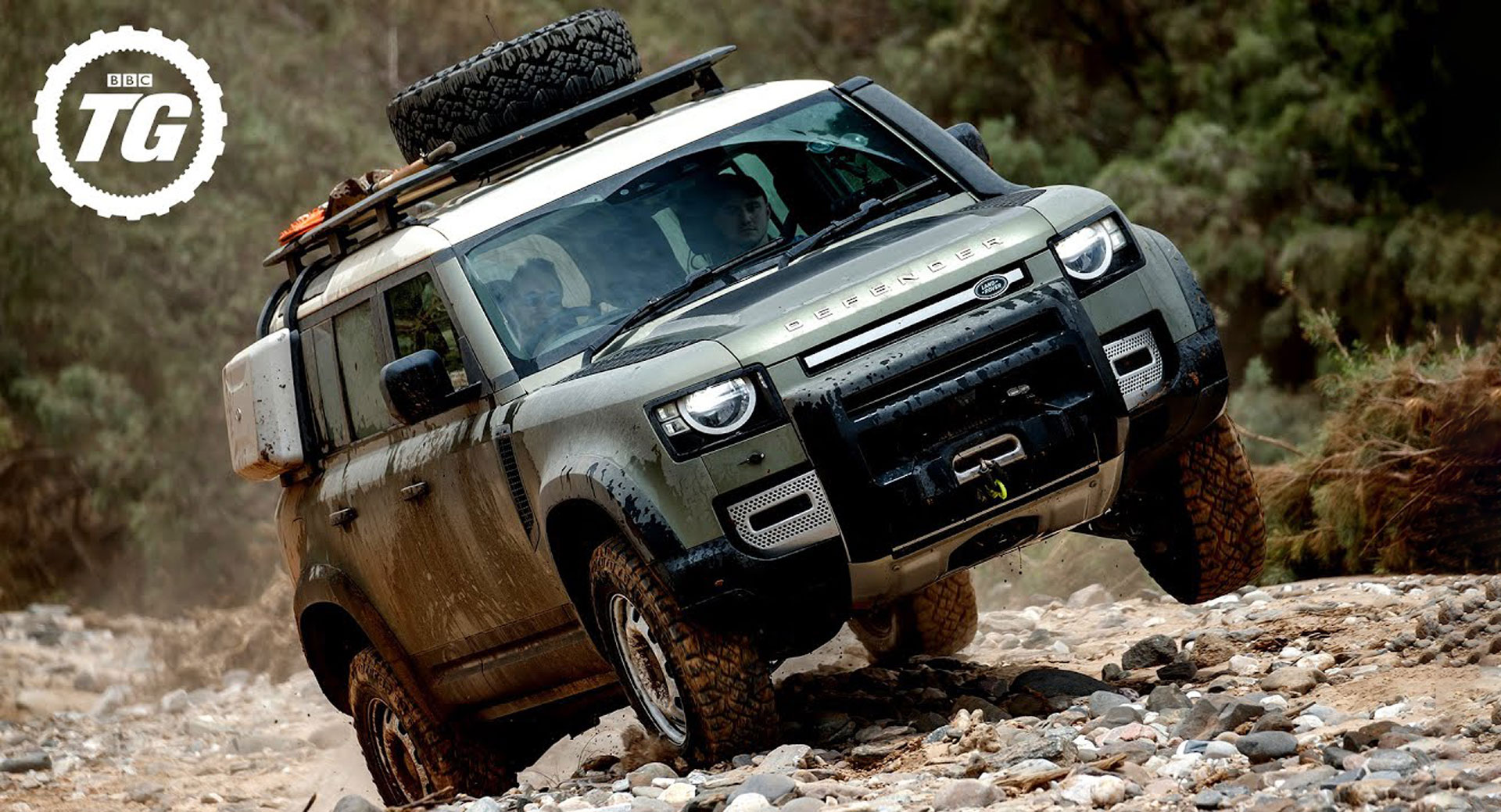 The time to find out if the new Land Rover Defender lives up to its tremendous hype has arrived, as the embargo was lifted and the internet was flooded with first-drive reviews and videos.

Land Rover invited members of the press to a three-day long road trip in Namibia, where the new Defender wanted to prove its mettle away from paved roads and on some of the most challenging off-road conditions.

Top Gear, Autocar, Carfection and Carwow are reporting their first drive impressions of the new Land Rover Defender, so make some coffee, sit back and enjoy.

Unlike its iconic predecessor, the new Defender rides on a bespoke monocoque chassis, which Land Rover says it’s their stiffest aluminum architecture to date. In addition, the front and rear suspension are now independent but feature all new components “to withstand severe off-road impacts”. Maximum articulation is measured at 19.6 inches (500mm).

Journalists had the chance to sample the new Defender in its long-wheelbase version with the most powerful diesel and petrol engines during their time in Namibia: the diesel variant makes use of a 2.0-liter four-cylinder unit with 237 HP (240 PS) and 317 lb-ft (430 Nm) while the range-topping petrol model employs a 3.0-liter straight-six mild hybrid powertrain with 394 HP (400 PS) and 406 lb-ft (550 Nm) of torque.

Land Rover worked hard at making the new Defender not only one of the most capable off-road machines in today’s market but also one of the easiest in its class, thanks to a wide range of tech features designed to help the driver tackle even the most extreme terrain.