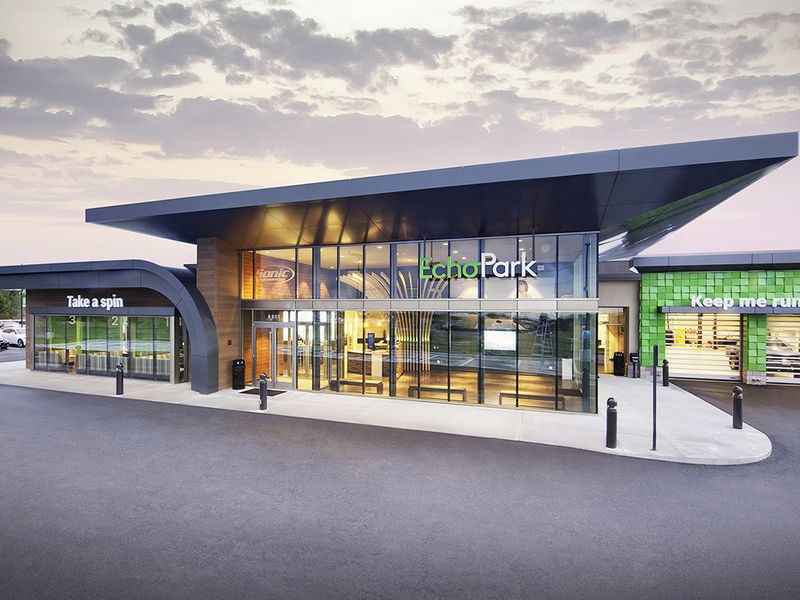 Sonic Automotive Inc. plans to open at least three more standalone used-only EchoPark stores before year’s end and an additional four to six in 2021 as part of an expansion strategy that includes increasing e-commerce offerings.

The nation’s sixth-largest new-vehicle retailer has been adding to its EchoPark footprint and is accelerating planned store rollouts from just a few months ago.

EchoPark locations set to open this year are Nashville, Houston and Phoenix, plus possibly Dallas, a Sonic spokesman confirmed, while 2021 openings include Atlanta, Orlando and California.

The retailer in April opened its 10th EchoPark location — in Tampa, Fla. — and said that month that it planned to open two more in 2020 and three or four in 2021.

In a mid-June update, Sonic said EchoPark same-store sales were up 18 percent month to date following declines in April and May. Total EchoPark sales jumped 34 percent through the first half of June. The company said it expected EchoPark sales to beat its forecast for July through December.

Sonic President Jeff Dyke spoke early this month with “CBT Automotive Network” about EchoPark’s planned locations and its e-commerce strategy for areas where it doesn’t have physical stores.

Rick Nelson, an analyst with Stephens, said in a note to investors this month that he believes Sonic is crafting plans for EchoPark to “speed up the rollout and penetrate nearby markets with omni-channel capabilities and delivery (e.g. the Charlotte store can serve Greenville, Raleigh, and Savannah).”

Nelson wrote that he expects Sonic will provide in the next few months information about new omnichannel capabilities with delivery options, though delivery likely would be limited to certain spots.
“New online digital purchasing capabilities could enable the company to enter new markets, including mid-size markets, and leverage reconditioning capabilities and existing dealerships,” Nelson wrote.

Last month, Sonic and Darwin Automotive said Sonic would use the vendor’s digital retailing platform across its network of 96 franchised dealerships and EchoPark stores in 12 states.

Darwin CEO Phillip Battista told Automotive News that Sonic had used a few different vendors for online retailing and had considered creating its own tool before signing on with Darwin. Battista said Sonic has used Darwin’s finance and insurance presentation software for about three years.

Now, Battista said, Darwin is working to integrate Sonic’s trade-in and vehicle valuation tool and some other functions into the digital retailing platform to allow for an end-to-end transaction, or a “true sign and drive.”

He said that should be available for all Sonic and EchoPark stores around the end of 2020.

Sonic has been working to bolster online-buying capabilities since at least 2016, when it touted the Sonic Digital One-Stop process, meant to allow customers to shop for a vehicle, get a trade appraisal and complete a purchase online. Sonic in 2018 said it was working with lenders to allow customers to pre-qualify for financing on specific vehicles while shopping online.

The retailer has said it wants to expand EchoPark to 25 or more locations through 2024. Target markets include Miami/Fort Lauderdale, Los Angeles, Philadelphia and Washington, D.C.

It retailed 162,149 used vehicles that year, putting it at No. 6 on Automotive News’ list of the top 100 retailers ranked by used-vehicle sales.